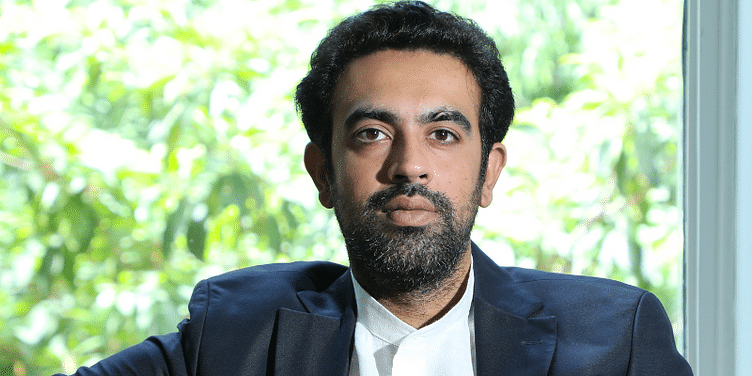 Through his brand Mr Dairy, Tushar Singh is on a mission to serve people with premium quality A2 protein milk competing against the monopoly of bigger brands.

The White Revolution was started in 1970 by Verghese Kurien who is also known as the Milkman of India. The revolution proved successful in the major cattle belt areas of India, increasing the per capita availability of milk from 130 gm/day in 1950-51 to 299 gm/day in 2012-13.

However, even before the advent of this revolution, there was a similar business model carried out in the 1960s by Nanak Singh, who started Nanak Milk in 1962 in Delhi.

His grandson Tushar tells SMBStory, My grandfather used to take milk from the farmers and sell it to major cities in North India. He was also supplying to Nestle, Delhi Milk Scheme, and the Indian Army, and we continued to work with the same business model till 2001 until we started noticing the cases of milk adulteration from the farmers’ side.”

He explains that even before Amul, Nanak Milk was one of the first companies to introduce poly packaging for selling milk. It used to sell around 12 lakh litres of milk per day.

However, as the business model revolved around taking milk from farmers, it became difficult for Nanak to keep a check on the quality. Hence, he had to shut down the milk business in 2001.

After a span of 18 years, Nanak’s goal of supplying quality milk took the form of Mr Dairy, when Tushar decided to take the reins of the family legacy.

In May 2019, with self-funded capital of Rs 7 crore, Tushar started selling A2 milk, which is produced by only some Indian indigenous cow breeds, and is considered far superior in quality, taste, and freshness.

For many years, people have been consuming adulterated milk. The milk should have only A2 protein. However, due to contaminated fodder and injections which farmers give to cows, it develops A1 protein, which is not suitable for the human body. Thus, many people develop lactose intolerance, indigestion, and many other problems,” Tushar Singh, Founder, Mr Dairy, tells SMBStory.

He explains that it is necessary to give cows a good diet and a happy environment when they are being milked, as it reflects on the output.

Though the milk of Jersey cows and Holstein Friesian cows have A2 protein and give approximately 30-40 litres of milk daily, the Indian environment is not suitable for them. The farmers who milk these cows in India keep them on injections, Tushar adds.

Mr Dairy has 200 Sahiwal cows, which are native to India, in its three farms each extending to three acres.

This is because of all the effort the company puts into taking care of the cows. “I did a course at the National Dairy Research Institute where I studied about the cows and how we can increase the nutritional value of their milk. In our dairy farm, we have set up coolers and our cows listen to jazz music while they are being milked. The fodder that we give to our cows has 20 components, including- alfa, jaggery, jowar, bajra, and more.”

Tushar claims they ensure no chemicals or hormone injections are used, and Mr Dairy’s milk has 20 percent more calcium content than its bigger competitors.

He adds that the nutritional value of the milk is high and cholesterol level is lower when compared with other brands.

In the past few years, there has been a reported increase in the cases of milk adulteration. According to the National Survey on Milk Adulteration 2011, nearly 70 percent of the samples collected is adulterated and unfit for consumption.

The market share for premium milk (milk that is free from adulterants) is one-four percent as compared to the packet milk, which is adulterated.

But this market is bound to grow as people are making more informed decisions regarding their health, and are willing to spend extra on better quality.

However, demand far outweighs supply in India. This is why, Tushar points out, a lot of milk is unfit for consumption due to the cows’ being injected with hormones.

Mr Dairy’s milk is delivered chilled via the brand’s chilled logistics right at the customer's doorstep. Customers can place orders on the app/website and they can track the daily supply. The app gives the option of pausing deliveries if the customer is on vacation, and also allows you to change daily milk requirements.

At present, the brand delivers milk in South Delhi and Gurugram, and is present in stores, including Modern Bazaar, Foodhall, and Krishna Mart across Delhi.

The 60-member Mr Dairy team has recorded approximately Rs 40 lakh-Rs 43 lakh sales per month since May from its range of whole milk, skimmed milk, and ghee. It sells around 250 litres of milk a day.

A major challenge Mr Dairy has faced so far is the lack of awareness. Despite many people now knowing the ill effects of consuming adulterated milk, a large percentage of the population consumes the pouch milk that is aggregated from across villages, processed, and sold.

Tushar says that the brand is trying to overcome this challenge by creating rigorous awareness through events and social media marketing. It has conducted various awareness campaigns in Fabcafe and Olive Bar & Kitchen in Delhi.

The brand is now focused on growing this company to other states within India and help people start consuming real milk without any additives and preservatives.

It is also keen on the process of increasing its product portfolio by introducing flavoured milk and other dairy products such as butter and cheese. “We are now focussing on increasing the herd count to 1,000 in a few months,” Tushar adds.