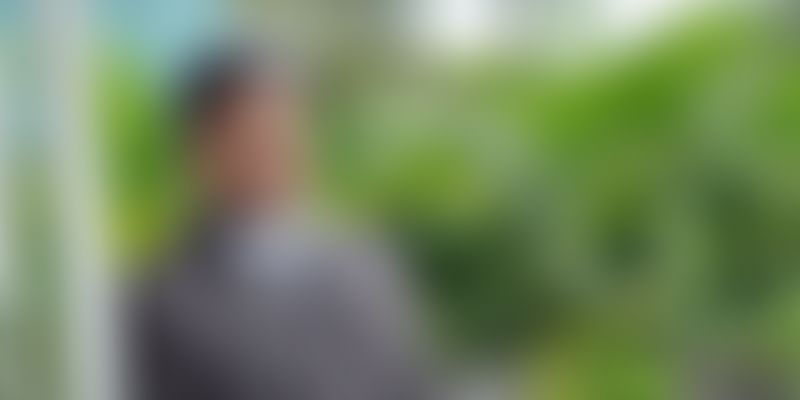 In 2013, industrialist Nitin Mittal, 35, was on an overseas visit to an exhibition on construction. There, he came across a company manufacturing aluminium formworks.

Nitin was intrigued by the high level of methodology, precision, and cutting-edge technology involved in aluminium formwork systems.

Aluminium formworks are high precision and modular panels made of aluminium used to model and construct the structure of a new building. Based on a construction plan, the aluminium panels are used to build walls, floors, ceilings, etc., around the metal structures that are first put in place.

After the aluminium formwork system is installed, concrete is poured over it, which fills up the spaces between the panels and forms walls, floors, ceilings, etc. After the concrete sets and hardens, the aluminium panels are removed, leaving behind the finished structures.

“I realised creating aluminium formworks is no easy task. It required expertise. I was quite amazed at the technology and I felt the Indian real estate sector badly needed it. So, I discussed the idea with my brother and explored if I could bring this technology to India,” he tells SMBStory in an exclusive interaction.

The Indian real estate sector largely used wooden formwork instead of aluminium because the wooden structures were easier and cheaper to produce, and labour was inexpensive.

Nitin did his research and felt confident aluminium formworks could be made in India and eventually become the best replacement for wooden formworks. They could be manufactured quickly, provide a better return on investment, and could be recycled – unlike wood.

“Aluminium formwork systems for concreting were probably the most modern and versatile construction system. The Indian real estate sector was importing them, so it made sense to try and provide the same technology at a higher quality, more economical price, and with better service in my own country,” he says.

Nitin wanted to start a company in Pune to manufacture aluminium formworks and support developers in their real estate projects. With this vision, he started Knest Aluform in 2014.

“I was already a real estate developer and industrialist, so gathering resources to start a company was not new to me. The diversion of funds from my other businesses made it possible to start Knest. I also have a family business background – my family runs Laxmi Group, a wholesaler of wheat, oil, gram flour and maida products,” he says.

Nitin did not wish to disclose how much he invested to start Knest.

Knest went through a rough patch for the first two years. Aluminium formwork systems were not well-known in India, and the company struggled to bring awareness about it. Nitin found that developers wanted to continue using existing wooden formwork technology and did not want to change their mindsets.

Further, developers felt aluminium formworks were too good to be true – they could be procured manually, did not involve wood in the process, reduced dependency on manpower, became cheaper by the day, and could be used several times before recycling.

“The developers said there had to be a catch somewhere, but there wasn’t,” he says.

“We made over Rs 50 crore in the last financial year,” claims Nitin.

“The USP of Knest is that since it is an Indian company, it can provide unlimited support and service to developers. This is difficult for international companies to do. The mission of our company is to get rid of the usage of wood in the construction industry. Forests have been destroyed in the name of construction,” says the founder.

According to him, the labour required when using aluminium formworks is almost negligible, and this proves to be cost-effective for all parties involved in the construction of a building. Nitin adds:

“Another very significant benefit is the speed of construction. Aluminium formworks boost the pace at which construction is possible, helping developers to stick to timelines that are promised to customers.”

Knest manufactures single extrusions of 600 mm panels without welding – something Nitin believes no one has done globally. The company makes moulds for the entire slab, including walls, and this helps developers cast the building quickly.

The company’s manufacturing unit is located at Talegaon, close to Pune, and is spread over three acres. The unit houses automated machines and the raw aluminium material.

The raw material goes through a quality check, following which it is subjected to cutting, punching, milling, robotic welding, buffering, lacquering, and drying. After this, the formworks’ barcodes are scanned and they are dispatched.

“We are focussing on aluminium formworks as our market is still at a nascent stage. There is a lot that needs to be done and explored. However, the idea of product diversification cannot be ignored, and surely even this business will diversify in the near future,” he says.

Nitin believes Knest has many competitors but feels his company stands out as a pioneer in monolithic aluminium formworks.

He maintains aluminium formworks are the future, as dependency on wood reduces the overall speed of construction.

Soon, Nitin hopes to see Knest listed on the stock market. By 2025, he wants to employ 2,000 people. He says he will also visit colleges across the country to educate engineers on the benefits of aluminium formworks and impart his knowledge of the construction sector.

From Coca-Cola India manufacturer turning to D2C, to attracting foreign patients for hair transplant in India; top SMB stories of the week