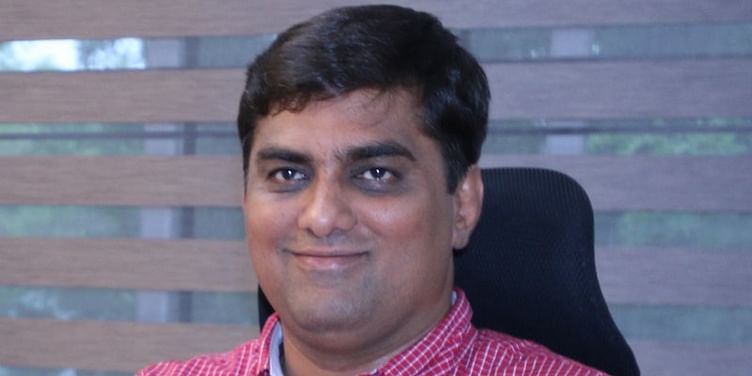 Started by Vijaya Raghavan in 2010, Lavos Performance works out of a clean-energy fuelled facility he set up for his first company. Lavos uses a unique bamboo-organic cotton blend to manufacture clothes, and makes Rs 2 crore a year.

Now a key trend in the Indian fashion industry, athleisure combines casual style with sporting and urban lifestyles. Hoodies, jackets, and sneakers are nowadays worn to work as well as to the gym.

The Tamil Nadu entrepreneur also became known for investments in a sustainable approach to manufacturing. Vijaya equipped his facility with solar panels and generators and windmills to produce 261 times the energy his business needed.

“We also have a 2.4 MW Solar power generator that produces 10,000 units per day. Our fully-LED equipped factories save 3,500 units a month. Further, we have two windmills that generate 5 MW,” he says.

As the energy infrastructure setup generates more power than required at the facility, the extra power is sold to the local electricity board, he explains.

Between 2004 and 2006, Vijaya created fabric made from bamboo and organic cotton for his athleisure exports, and it went on to become his USP.

“Flexibility, durability and sweat-wicking ​are innate to bamboo, making it a natural performance clothing material. The fabric requires low amounts of water for dye uptake. Further, the material is naturally three degrees cooler than cotton and possesses antibacterial properties​,” he explains.

“I mixed the imported bamboo with Indian organic cotton at the fibre stage and spun it into yarn. We added some elastane and knitted it at the facility,” he says.

But it wasn’t easy. The fibre was difficult to process, and it took Vijaya nearly two years to crack it. The high cost of production, despite the advantages offered by the blend, was another challenge.

Because of his high production costs and one-time investment in clean energy infrastructure, Vijaya knew it would take quite some time to break even.

Vijaya started seeing success with his export business. His knitting factory, which started with just one machine, was able to add 430 more to its setup.

He found Tirupur was a great place to be in the textile business: the city is known as the knitwear capital of India and its textile manufacturing ecosystem accounts for 90 percent of India’s cotton knitwear exports.

However, Vijaya wanted to use his bamboo-organic blend to manufacture products for India. But the fact remained that the demand for athleisure had still not picked up here.

“The business was growing well, and I thought of making something for the local market. Despite being comfortable and antiodour, the scope for athleisure using our bamboo-organic blend was not much,” he says.

This made him think: why not use the same bamboo-organic cotton blend to make clothing items under a different segment – one that was in demand in India?

And he didn’t need to look beyond innerwear. He saw the industry for innerwear was growing – evidenced by the entry of several large and international brands in the Indian market.

Further, the organised market for innerwear was growing, and the share of the unorganised market was declining. With a robust manufacturing setup and his unique blend of fabric, this presented Vijaya with a perfect opportunity to venture into the innerwear market.

“Regular innerwear was not very comfortable. I designed an innerwear product using my bamboo-organic cotton blend and tried it on myself. It was so comfortable that it felt like I was not wearing any innerwear,” he says.

Armed with his concept for comfortable innerwear, Vijaya started Lavos Performance in 2010. He says he came up with the name by using initials of family members.

In its range for men, Lavos made boxer, stretch and sports briefs, vests, T shirts, and polos. Lavos started making innerwear for women to be worn during periods, during maternity, and while engaging in sport activities.

“Our womens’ range sells more and 70 percent of our customers are women. Our target audience is thus mostly female, and 25 years old and above,” Vijaya says.

He says he sees 40 percent of demand coming from Tier I cities, and the rest from Tier II and III cities.

“We sell online on Amazon, Flipkart, Zivame, and soon on Myntra. But we don’t give any big discounts since we sell items at par with their production costs,” he says, adding, “only sometimes, we give 10 to 30 percent off on seasonal products.”

Lavos also started selling offline in physical stores. It is present in around 15 to 20 top retail stores in South Indian cities and in Mumbai.

Lavos makes Rs 2 crore a year, he claims, adding that the brand is now breaking even.

Besides the advantages offered by its clean energy infrastructure, the facility employs over 900 people, out of which women form the majority, Vijaya says.

“At the facility, we employ around 20 physically-challenged people. They get priorities and better programme. The Lavos team comprises 10 people in the main office, and another 12 in the sales team,” he says.

The Lavos team uses Facebook, Twitter, and Instagram to create awareness on the benefits of the bamboo-organic cotton blend. Vijaya admits this does not directly translate into sales, but he is satisfied with the educational impact it creates.

This is partly due to the fact that he feels there isn’t much direct competition. “People don’t want to venture into a similar space because the costs and prices are high. Volumes of production and sales will be low,” he says.

Lavos intends to leverage its USP and double its sales this financial year, and again double it the next year. It is also appointing designers to create new designs and boost its product portfolio. Vijaya says he is upgrading his setup by adding automatic cutting machines and 3D design software.

“We want to bring in more style to our products, and with more volumes, we can bring down costs,” he says.

For his work with BS Apparel and his sustainable approach to textiles, Vijaya was awarded the Emerging Entrepreneurs Award by CII in 2017.