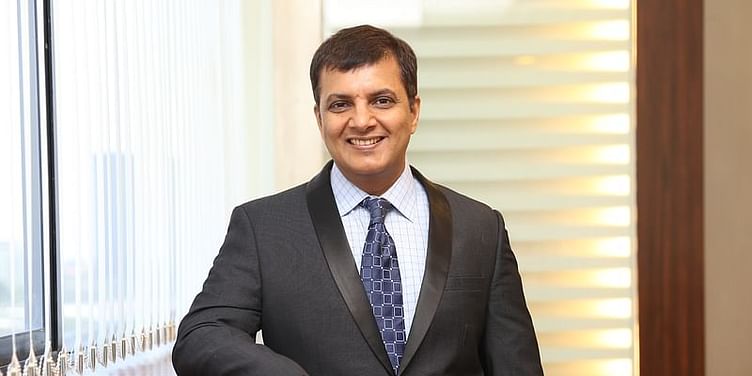 Pune-based Cybage Software founder Arun Nathani was not a visionary who had thought of building a business empire. Yet, today, he is the founder and CEO of a Rs 1,106 crore IT consulting and services organisation which specialises in outsourced product engineering.

After working for five years at a Chicago-based manufacturing company as a design engineer, Arun Nathani decided to pack his bags and return to India.

Arun’s story begins in 1987 when he moved to the US to complete his masters, find a job, and settle there. He graduated from Virginia Polytechnic Institute and State University and found work in Chicago.

But he still wasn’t happy.

“I fit the bill of a regular, next-door Indian who had an extended overseas stint. My favourite weekend hobby was to discuss about returning home. The glamour associated with the land of opportunity had fizzled out for me,” he says.

Arun maintains he was never a visionary who had spent his time thinking about how to build a business empire.

Yet, today, he is the founder and CEO of Pune-based Cybage Software, a technology consulting organisation that specialises in outsourced product engineering services.

Arun’s company has offices in North America, Europe, and APAC countries, that provide services in over 150 regions worldwide.

How did this design engineer go from being a simple, middle-class Indian to starting and leading a large technology services company?

The early days of Cybage

After working as a stock market analyst/investor and quality assurance engineer in India, Arun was inspired to jump on the internet bandwagon.

“The jumpstart moment was when the world of browsing was born. It created new business opportunities and the first steps to a digitally-connected world. In 1995, my plan was to build an internet browser and sell it to an MNC,” he says.

He decided it was worthy to emulate Netscape, the dominant web browser in terms of usage share in the 1990s. But Arun was going to make his product more user-friendly and intuitive to use.

With some personal savings and a business partner, Arun started Cyberage in 1995 (it was renamed Cybage in 2000).

Arun then hired four employees, who would work out of a 3 BHK in Salunkhe Vihar, Pune.

The fledgling entrepreneur thought he was going to hit the jackpot by building a user-friendly web browser. But he received a rude shock on the first day of business.

No sooner did the four employees report for work on the first day, his business partner pulled out.

“I called my partner to share the good news that the employees had turned up on their first day. But he told me he wasn’t interested in the business anymore,” Arun says.

When he asked him the reason for the U-turn, the partner told him that Microsoft was going to launch a free browser. With its deep pockets and economies of scale, Microsoft could offer the market a web browser at prices Arun could never match. “The market is going to get too hot,” the partner said, and left.

Forging ahead with web browser

“I decided not to give up. It was too early in the game to withdraw,” Arun says, adding, “Cybage was born from job savings. We did need Venture Capital (VC) funds, but who was going to invest in us - a group of engineers starting new in the 90s?”

Deciding to forge ahead with four employees and a 3 BHK, Arun roped in his brother Deepak Nathani and set out to build a browser.

Arun recalls the task of developing a 32-bit browser on a beta version of Windows 95.

“Internet connectivity in India was poor. How do you develop a browser when your bandwidth is 2400 bps dialup, which times out every two minutes? Our direct competitor was the billion-dollar Netscape which had an army of the world’s leading IT professionals. And we were just four people,” he says.

After six months of hard work, Arun’s web browser was ready. “The CyberAge Raider was ready to take on the world,” he says.

But with Microsoft’s Internet Explorer and the Netscape browser in the market, Arun found it difficult to sell his product.

“It took us one year to realise the difficulty. But with the maturity of the internet, offshore development and technology services were gaining more momentum. So, we started using our product as a branding tool and moved into offshore services like technology consulting. We approached potential customers for our browser and pitched the services,” Arun says.

Pivot to IT consulting and services

The business’ pivot to technology consulting and professional offshore development services paid off. During the era of peak dotcom growth from 1996 to 2002, Cyberage witnessed rapid growth.

During this time, it changed its name to Cybage, as the Cyberage domain name was already taken and couldn’t be purchased at an affordable price.

“The people who owned the Cyberage domain name offered to sell it to us for a ‘bargain price’ of $100,000. We were a privately-owned, middle-class family running the business, and didn’t have that kind of money,” he says.

Arun also felt that instead of charging customers a high rate for technology services, he should charge them the cost of the services and build Cybage’s value proposition.

“We couldn’t spend on marketing either. We could only survive on our core excellence. The customers who were happy would come back. The combination of these two was the mantra for our success,” he adds.

Another reason Cybage grew big was that large enterprises offering similar solutions - Cybage’s competitors - were unable to make the most of their economies of scale, according to him.

“Although the larger players were in a position to deliver at cheaper rates, they ceased to focus on internal efficiency. There was enough business and how they delivered was not important to them,” Arun says.

Cybage now claims to have perfected the model of delivery excellence allowing it to stretch the money spent by customers and give back great value.

“Our solutions are focussed on modern technologies and are enabled by a scientific, data-driven system called DecisionMines™ for Digital Excellence. This unique model de-risks our approach, provides better predictability, and ensures a better value per unit cost to our clients,” Arun says, adding:

“Our business model and value system have given us the privilege to service Fortune 500 customers - some of the best companies in the world. These business associations have turned into valuable partnerships.”

Describing Cybage as a “product engineering consultancy”, Arun says its markets are primarily in the West, with North America home to most of its customer base, followed by Europe and APAC regions.

“India contributes to two percent of our business at present and we are looking to increase this,” he adds.

The growth challenge posed by the COVID-19 pandemic is not as severe on the IT industry as it is on others. Businesses in India and worldwide are racing to adopt technology and digitally transform themselves.

Cybage is focussing on delivering solutions to businesses worldwide that are in need of digital transformation.

“We have not been severely impacted by COVID-19 because 95 percent of our customers are technology companies. The first financial quarter of FY21 witnessed a Q-o-Q decline of four percent, but the losses were temporary. We expect to recover in the second quarter itself,” Arun says.

As global markets reopen, Cybage is now renewing its focus on forging partnerships to tap into product engineering for enterprise solutions and on delivering innovative solutions.

Started from a village, grew into a Rs 6,000 Cr turnover business: the Made in India story of GR Infra

Value over valuation: How bootstrapped Royal Oak made it big in the furniture industry