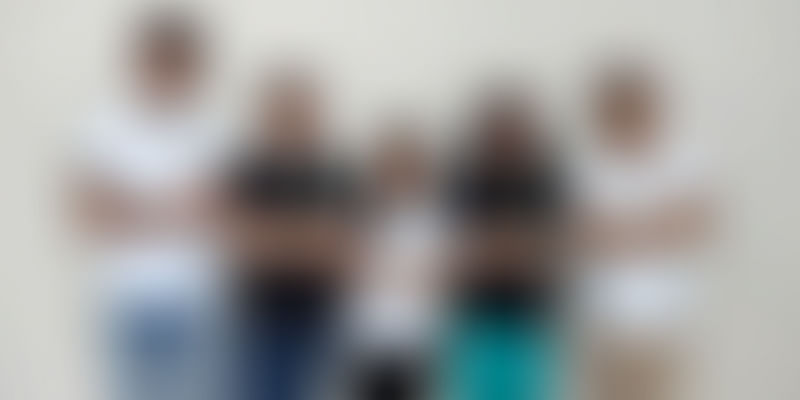 Abhishek Srivastava, Co-founder and CEO, MBAtrek Pvt Ltd, realised that to work in big companies, you don’t necessarily need lofty degrees but focus on developing skills. Last year, his company made Rs 1 crore and today, it has 4,000 registered users.

In 2001, when the world was experiencing an electronic boom and people were looking to make it big in the IT sector, Abhishek Srivastava, decided to not get swayed and do something different.

His decision paid off. Now, he runs his business and is satisfied with his life. But this goes onto show how important it is for people to make good career decisions and not follow pre-defined or more travelled paths.

This thought set the ball rolling for his venture. Abhishek, along with his father Alok Srivastava, launched ﻿MBAtrek﻿ Private Limited in May 2018 in Gurugram.

Abhishek, before launching his venture, worked with IT giant Accenture and one of the world’s most valuable companies, Apple India. Working with both these companies taught him the importance of structures, skillsets, and also gave him a sneak-peak into what young people lack to bag and sustain jobs.

Abhishek worked with Apple India for a good amount of time without even having a computer science engineer degree. Sharing his experience, Abhishek says that the company believes in hiring smart people.

He defines smartness as a combination of intelligence and agility in thinking. In addition, he says that resilience is also a quality that is unique to Apple. He shares, “It is very surprising but true that they are able to maintain their core DNA across all countries for so many years now.”

Abhishek also adds that it is very difficult to match up to the amount of customer recognition that is present in the company.

Working at Apple and Accenture made Abhishek come in contact with a lot of other realities as well.

“I had hired people from all campuses across all tiers in the country, but realised that the even the most brilliant minds with the best of education lacked certain basic skills,” he emphasises.

Cracking tough examinations, and graduating from top business schools of the country proved to be inadequate as every company has to provide skill training for at least six months before getting them truly ready.

Skill development in the coming times is set to become even more important in the post-COVID era when companies want employees to go all-out in their work.

MBAtrek Private Limited was founded in response to the question — 'Can we make students and young people ready and relevant for the industry?'

Abhishek began doing a lot of research in 2016. He met a lot of students and university teachers, placement cell staff, etc. Balancing his job at Apple while doing all the research was tough but ‘persevering’ has become a part of his personality.

One of the major challenges Abhishek faced while building the company was to convince universities and colleges about their business model.

He says, “The universities told us that we are knocking on the wrong doors because they had been successfully getting their students placed. But we had to convince them by emphasising on the low quality of placements and also talked about the student turnover ratio in the second and third year of college.”

However, the company overcame all such hurdles and is gradually finding a footing. Today it is present in B2B and B2C models, catering to four groups of people — young professionals, students, corporates, and educational institutes. The B2B model is mainly offline, with the company directly reaching out to companies and institutions, and providing counselling and training programmes to the students and employees respectively.

The B2C model is mainly online. MBAtrek Private Limited provides a host of end-to-end services on its website.

The core of the business model is built on education which is leveraging technology to make the process of career decisions more accurate and quick.

The model is built works on three areas — selection and preparation of a career option, identifying the necessary skills for it, and finally, planning and development. Technologies like customer relationship management (CRM), artificial intelligence, psychometric assessments, and much more are being used to make the process of choosing suitable careers and making decisions more accurately and quickly.

Today, the website has more than 4,000 registered users on its platform and in total, has a network of 10,000 students, universities, and business professionals. This year, the company clocked a turnover of Rs 1 crore.

Ayurvedic snacks: this entrepreneur is changing how we eat; sells Rs 5 lakh inventory in 6 months

The COVID-19 pandemic has definitely affected the demand but Abhishek hopes that the company will recover and the industry, as a whole, will bounce back.

With the offline space experiencing an inevitable slowdown, Abhishek is focusing on strengthening its online offerings.

In addition, he says he is also looking forward to developing an app in the next six months and shifting completely from the website to the mobile application.

Abhishek also shared that one of the largest fintech companies in India has given MBAtrek the opportunity to design and come up with an entire learning and development problem for their approximately 6,000 employees.