With clients like Apple and Uber, this air purifier company claims to reduce coronavirus risk 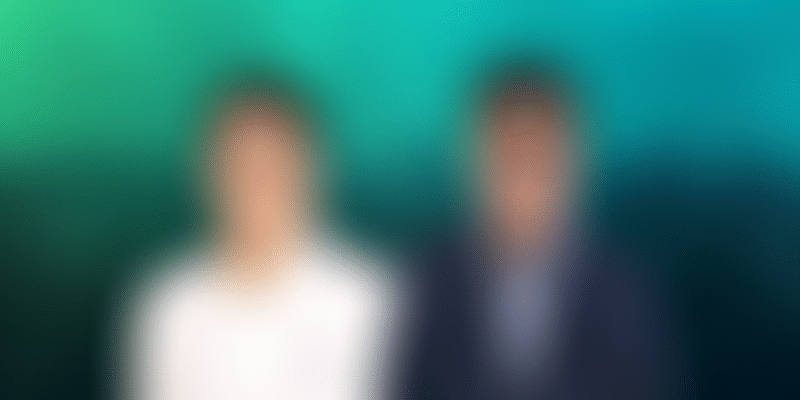 Magneto CleanTech was founded in 2017 by Himanshu Agarwal and Bhanu Agarwal. The air purifier manufacturing company’s USP lies in its trap-and-kill technology, which is seen as an effective way to contain the coronavirus as well.

Clean air has been a distant luxury for many people in today’s modernised world. The coronavirus pandemic has underscored the need for clean air, and highlighted the importance of immunity boosting, fitness, and healthy living like never before.

One company that is fighting air pollution woes in the country is Delhi-based Magneto CleanTech Pvt. Ltd., founded by Himanshu Agarwal and Bhanu Agarwal in 2017.

The company was launched with an aim to provide solutions in a sustainable manner without compromising on the environment.

Himanshu, a commerce graduate from Delhi University joined his family business of air conditioners. Being the youngest in the family, there were many expectations from him.

He says, “I was the youngest in my family and was always given the task to do something new or different. The same was expected of me when I joined the family business.”

So, in a way he was conditioned to do something new and soon he developed a long-term vision of running a business.

In the ’80s and ’90s when real estate markets were booming, Himanshu noticed its impact on the environment. He says, “I could see what I call the ‘sick building infrastructure syndrome’, which is the process of humans taking up commercial activities at the cost of the environment.”

This is how his interest in air purification began.

Year 2015 was a turning point for Himanshu. As India continued to climb the rankings on the worst air quality and polluted countries graph, Himanshu decided to look for answers.

This was the time when he wondered, “Are we going to build a nation that has economic wealth in abundance at the cost of people falling sick?”

He noticed that air conditioners were practically everywhere and gave comfort, but caused health problems as well. Himanshu and his co-founder Bhanu decided to look for something new in the air purification domain.

When it came to developing a product, Himanshu and Bhanu started looking at some of the most successful and best technologies in the US and even the re-engineering of their products. Since Bhanu is based out of America, the co-founders used several labs in that country to conduct experiments.

These efforts led to the invention of Magneto Central Air Cleaner (MCAC), a polymer-based product installed in air conditioners.

The USP of the product lies in the trap-and-kill technology. “MCAC is a filterless magnetic air purification system. The technology helps in capturing nanoscale particles, which are present in the air and are constituents of viruses, bacteria and other harmful substances. The MCAC neutralises and kills them,” Himanshu says.

Himanshu says that he was very clear from the beginning that they were building a light and affordable model. The company sources 30 percent of the raw materials locally and the rest come from other countries. It aims to manufacture 50 percent of the product locally by the end of this year.

The product costs between Rs 80 and Rs 100 per square foot and can last up to eight to 10 years.

Customers of the company include Uber, Apple, Jindal Group, Airbus, and Trump Display Center. Himanshu did not reveal the exact turnover but said the company has seen 3x growth in terms of turnover, number of employees, and customer base.

Talking about the initial days, Himanshu says the biggest challenge for them in the market was lack of awareness.

Another challenge which they faced was lack of stakeholders. He says the general trend in the country is that people are not interested in investing in something unless there is an emergency or there are directives from higher authorities.

Hence, the company conducted interactive sessions on the importance of clean air in offices, schools, and hospitals. Additionally, the country suffers from lack of infrastructure. Ensuring that a product such as this continues to be effective and operational was another challenge.

The co-founders came up with an air quality monitoring system which monitors the product and provides real-time solutions for predicaments when the MCAC doesn’t work.

The Magneto care platform is a backend process in which every equipment’s information is documented and it guides the user on operating it and maintaining it.

India is home to several air purifier brands today. With so many brands in the market, how does the company plan to face competition?

Himanshu says, “Our strength lies in providing clean air and not becoming a secondary source of infection unknowingly, which some companies do.”

He says that some companies use traditional methods for cleaning air, which often act as a breeding ground for germs, bacteria, and viruses. In a bid to solve one problem, another rises. This is where Magneto’s trap-and-kill technology comes into play, he says.

“Until the COVID-19 outbreak, people were ignorant about the importance of clean air and living healthy lives,” Himanshu says.

He claims that the product is an effective solution in containing COVID-19 to a large extent.

Explaining how it is possible, he says, tiny particles floating in the air are carriers of this virus and that makes it air borne. “In traditional methods, smaller particles come in contact with the purifier, get stuck on the surface, become aerosolised, and start floating in the air. That is why a cleanser that traps and kills the virus is essential - this ensures that the air is purer and safer.”

How to build a successful beauty products brand in 2021