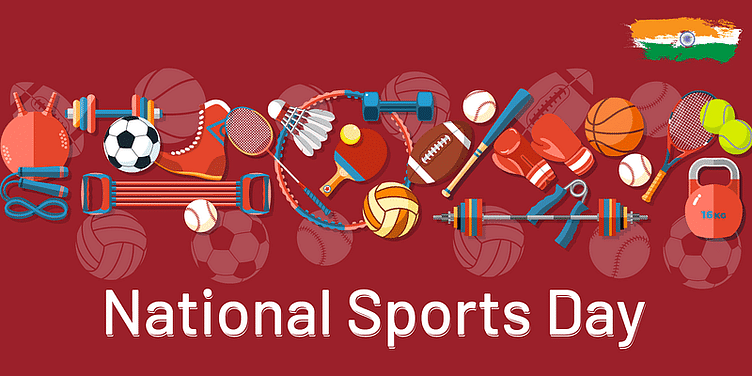 Every year, India celebrates National Sports Day on August 29 to commemorate the birth anniversary of hockey legend Dhyan Chand, who won gold medals for India at the Olympics. For the last few decades, India’s diverse, indigenous culture and its colonial legacy have shaped the sports played in the country.

Cricket is the most popular sport in India, but kabaddi, hockey, badminton, football, and athletics are not far behind.

In a country crazy about sports, manufacturing sport goods and equipment such as athletic wear, sports shoes, cricket balls, helmets, rackets, etc., is a lucrative business.

India has thousands of small, medium, and large manufacturers of sports equipment, providing employment to lakhs of individuals. Jalandhar, Meerut, and Gurugram have emerged as India’s biggest clusters for sports goods manufacturing.

India’s homegrown sports goods manufacturers are now competing with international brands such as Adidas, Nika, Puma, Lotto, Fila, and more. They are vying for a larger piece of India’s growing sports and fitness goods market, estimated to grow from $3.6 billion in 2017 to $6 billion by 2024.

This National Sports Day, SMBStory has drawn a list of five popular, homegrown sports equipment brands competing with some of the biggest international names:

For many Indian basketball and football players, Nivia is one of the first sports brands that comes to mind for affordable sports balls and footwear. Now a popular, homegrown brand, Nivia Sports was started in 1962 under the existing FreeWill Sports business.

FreeWill was originally started in Sialkot by Nihal Chand Kharbanda in 1934, and shifted to Mumbai during the partition of India in 1947. From there, the business eventually settled in Jalandhar.

Nivia came into existence when Nihal’s son Vijay Kharbanda joined the business and combined ‘Ni’ from his father’s name with ‘Vi’ from his own name.

It was started in 1980 when the promoters, who were experts in rubber goods manufacturing, decided to manufacture basketballs and other sports balls. In 1994, Cosco went public on the Bombay Stock Exchange (BSE).

Over the years, Cosco built associations with The World Federation Of The Sporting Good Industry, The Sport Goods Export Promotion Council, and The Sports Goods Foundation Of India.

At present, Cosco makes equipment for many sports such as tennis, football, volleyball, table tennis, handball, and more. It also makes sporting goods and health and fitness equipment for some international sport brands and labels.

VVS Laxman’s 281 against Australia at Eden Gardens in 2001 and Virender Sehwag’s 309 against Pakistan at Multan had one thing in common: both batsmen used Sareen’s Sports’ SS Sunridge cricket bat.

Started in 1969 by NK Sareen, Meerut-based Sareen Sports Industries is a leading manufacturer of high quality cricket equipment for domestic and international markets.

Besides Laxman and Sehwag, Saurav Ganguly, Sachin Tendulkar, Roger Binny, Yuvraj Singh, and others have used its products.

Mary Kom, Vijender Singh, Sushil Kumar, Abhinav Bindra, and other Indian athletes have all endorsed this brand. Started by former athlete RK Singh in Delhi in 1970, Shiv-Naresh was started with a small tailoring unit at the founder’s home.

The brand gets its name from the names of RK Singh’s two sons, Shiv and Naresh.

With the absence of large sports brands in the capital city during the 70s, Shiv-Naresh slowly grew by distributing its products to local athletes.

While it never expanded into huge showrooms like Nike, Adidas, and Puma did, Shiv-Naresh emerged as a popular sportswear, apparel, and equipment brand in the market.

Today, Shiv-Naresh makes hand gloves, sports t-shirts, footwear, and more for a range of sports. It employs over 800 people and has a distribution network of over 7,000 retailers across India.

With large sponsors like JK Lakshmi Cement and Ralco Tyres leading the new sponsor line-up for Indian Premier League (IPL) side Sunrisers Hyderabad, it is easy to overlook another sponsor - Tyka, the Jalandhar-based sportswear and sport equipment manufacturer.

Launched by Rajan Kohli, Tyka came into the spotlight when it landed a partnership with IPL side Kings XI Punjab in 2012. From there, there was no stopping Tyka.

It is also associated with football teams such as Indian Super League (ISL) side Chennaiyin FC.

Besides these five brands, some other notable Indian sports equipment makers include Performax, Piranha, Alcis, Proline, HRX, and Vector X.