Amid layoffs and inflation, how the direct selling industry is creating a self-reliant India 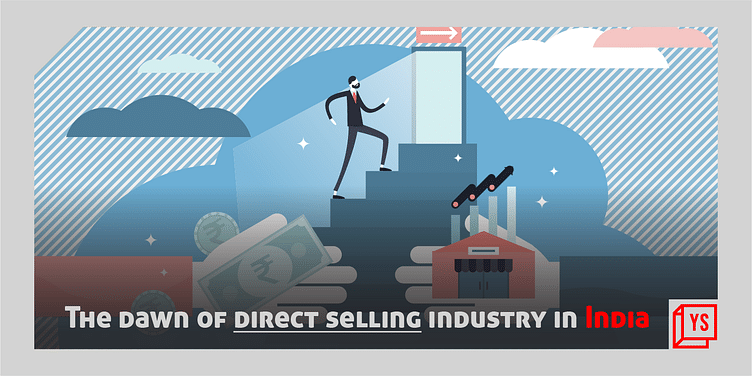 The direct selling industry saw an increase in new entrants amid the COVID-19 crisis. Industry experts believe that the Consumer Protection (Direct Selling) Rules, 2021, can help the sector create micro entrepreneurs while also checking the menace of pyramid schemes.

Direct selling is not a novel concept in India. Over the past few decades, companies such as Oriflame, Avon, and Amway, among others, have created a customer base in India through their products combined with their strategies in directly reaching users.

A direct selling company involves the trading of products in a non-retail format, eliminating middlemen, to reach the end consumer. Despite overlapping features in terms of technology and products, direct selling companies are different from new-age D2C (direct-to-consumer) players as they give opportunities to people to earn extra income.

According to a World Federation of Direct Selling Associations (WFDSA) report, the number of direct sellers increased to 5.7 million in 2018-19 and is expected to reach 18 million by 2025 where women account for about 60 percent of the sellers.

When the whole world was under economic crisis amid the coronavirus pandemic outbreak – companies forcing mass layoffs, and inflation affecting lives of the common people, the direct selling industry witnessed a new dawn.

One report by IDSA Annual Survey 2020-21 states that the Indian direct selling industry was valued at Rs 18,000 crore in 2020-21, registering a 7.7 percent year-on-year growth, which is commendable given the roadblocks caused by the pandemic.

So, what does the future look like for the direct selling industry in India?

The new regulations, which among other things would hold direct selling companies accountable for the products sold, are expected to bring about transparency in the industry, according to the people SMBStory spoke to.

Pandemic: a blessing in disguise

The COVID-19 pandemic affected the day-to-day operations of businesses across sectors. However, the flexible operating style in the direct selling segment protected it from the pandemic's catastrophic consequences, says Gautam.

“The decentralisation of operations seen in most sectors during the pandemic had already transitioned into the direct selling industry because the sellers had been trained in this manner long before. Therefore, those in the direct selling sector adapted to the new normal more easily,” he adds.

How direct selling helps women self-start on their entrepreneurial journey

Direct selling has now proven to be a blessing, allowing many who lost their jobs to turn to tap into this segment to find a source of income.

“The direct selling industry has proved that it cannot just stand but help overcome any kind of economic crisis in the country,” asserts Sujit when asked how pandemic affected Netsurf Network, an FMCG company.

For direct sellers in India, including the three companies interviewed by the SMBStory, the pandemic has turned out to be a blessing in disguise.

Sujit says that Netsurf’s business grew by 55 percent in the last financial year while Gautam confirms that Vestige recorded over a 52 percent increase in its distributor network with over 60 percent of them being below the age of 35 in 2020.

A new dawn of self-reliance

Several direct selling players have health-based products in their portfolios. Samir says that with enhanced focus on health and overall well-being, categories like wellness and personal care continue to witness increased traction. The segment has seen a growth of 9.2 percent and 8.2 percent respectively for Modicare.

“Direct selling is also a driving force behind India's growing emphasis on 'Make in India.' By purchasing products from local vendors and associating with individuals all throughout India, home-grown direct selling enterprises are actively fostering this. This is a positive start towards attaining the aatmanirbhar dreams of the country,” Gautam Bali tells SMBStory.

Direct selling fits the criteria of running a firm that will continue to be relevant and possibly develop even further if movement limitations are eliminated in the future, he adds.

According to Samir, the growing disposable income, metro-market saturation and urban aspirations have created significant growth opportunities in the smaller towns and cities.

Direct selling players will benefit from a continued expansion to tier III and IV towns via their distribution channels. This growth will also support the local manufacturing and at large will make India self-reliant.

The future is regularised

Although direct selling has been in India for quite some time now, regulations have been slow to catch up. The first law in this segment, The Prize Chits Money Circulation Schemes (Banning) Act, 1978, Gautam says, needs to be amended to clearly define the nature of cases that can be filed under its ambit so as to avoid wrongful prosecution.

Last December, the Consumer Protection (Direct Selling) Rules, 2021, came into force and the centre asked companies to comply with it within 90 days. This rule has brought about various changes for the companies and consumers by bringing in registration processes, GST filings, restrictions on charging commission fees, and other regulations.

Under the new draft rules, the grievance redressal officer of the direct selling company is required to acknowledge the receipt of any consumer complaint within forty-eight working hours.

Samir says the rules will be helpful in setting apart genuine direct sellers from pyramid schemes.

Sujit also supports the new set of rules and says that the clear distinction between the direct sellers and consumers will improve efficiency and further growth.

The concept of preferred consumers will help companies build a loyal base of consumers which will fetch repeat purchases of the products.

“In short, these rules might sound a little stringent to implement, but they will surely bring in a lot of positive changes for the growth of the Indian direct selling industry,” he adds.

How this NGO-turned-ecommerce business grew from 2,300 to 24,000 artisans during the pandemic