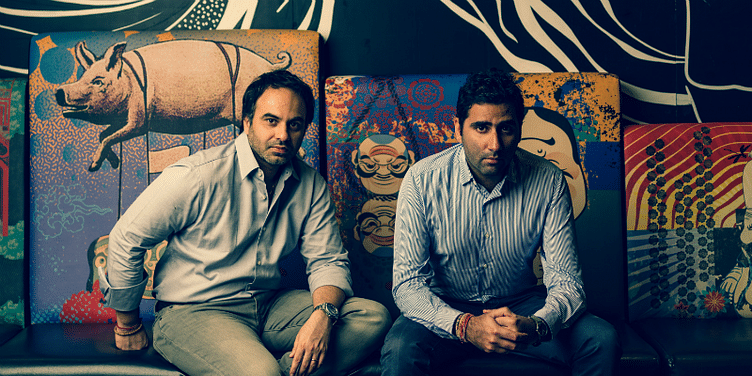 Rahul Khanna and Kabir Suri started Mamagoto in 2010. Today, their company Azure Hospitality has a number of brands, including Mamagoto, under it, and is worth Rs 180 Crores.

As far as daydreaming goes, this is the baap of all daydreams -- to own a restaurant someday. Eight out of 10 people you meet must have told you, ‘one day I am going to quit my job and start a cafe.’

If starting a food business was as easy as eating out, then cows would be jumping over the moon.

It is just as well that Rahul Khanna and Kabir Suri did not harbour any such dreams. With a family legacy in dining and hospitality, one can only say that it was thrust upon them. “My advice to those who want to start a restaurant is, don’t,” says Rahul in a chat with SMBStory.

Claiming that this is the business with the highest failure rate, Rahul says that people only see the glamour in this sector but sadly fail to notice the hard work that is part of the daily grind. “There is a lot of hard work and constant battle with the authorities over compliances and regulations around fire safety, liquor licenses, and more,” adds Rahul.

Having grown up together as their families were friends, Rahul and Kabir make for good business partners. “However, before we decided to work together, we had a lot of conversations about what we were going to do. Did we just want to open a nightclub for six months and then take the cash and close it down? Or did we want a solid business? We had to come up with our vision”, says Rahul.

The two opened their first restaurant, Mamagoto, in January 2010 in Khan Market, New Delhi. Today, their company Azure Hospitality has a number of brands, including Mamagoto, under it. 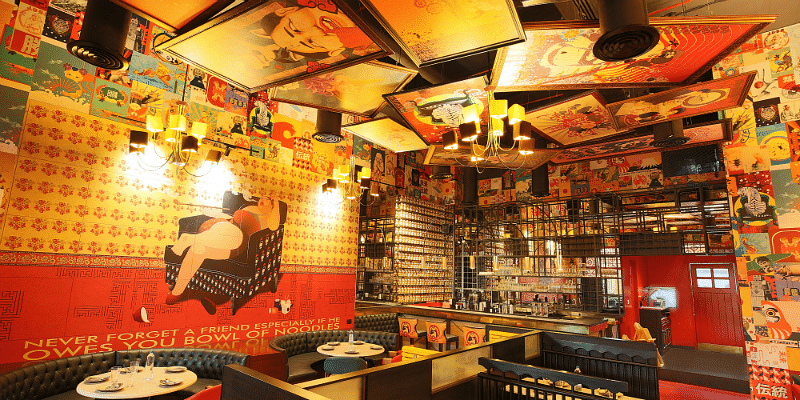 Founded in 2009, Azure Hospitality Private Limited is an initiative aimed at creating businesses within the food & beverage and accommodation sectors. It has three verticals -- one is retail that include Mamagoto and Dhaba, and then there are the quick-chain restaurants that include Roll Mall and Speedy Chow, which do home delivery, and the third is the boutique brand called Sly Storys under which are Sly Sammy and Foxtrot.

With a diverse portfolio across various price points and cuisines, an employee base of 2300, and 45 operating restaurants across India, Azure clocks a turnover of approx Rs 180 crores.

“We realised that there was a gap in the Indian market for pan Asian cuisine. There were either high-end five-star hotels that were serving Asian food or there were these hakka-noodle-chili-chicken kind of joints that were old and boring. There was no fun, cool, casual place for people of all ages which was open through the day and celebrated street hawker cuisine,” says Rahul.

Since 2014, the company has raised a total of $30 million in three rounds from a diverse set of investors that include angel investors, Blue Sky Capital, and Goldman Sachs.

Mamagoto was conceptualised as a chain with the processes, the recipes, and the decor all meant to be consistent and seamless. “It was not as if we saw this succeed and then went ahead with the others,” says Rahul emphasising the point about advance planning. “From Delhi, we went to Mumbai and then to Bangalore,” he adds.

Two of a kind

Kabir, the money mind in Azure, holds a degree in Economics and Business Management

from Wheaton College, Massachusetts, USA. He began his career in commercial real estate finance with North Fork Bank in New York followed by Urgent Fund Management in London as an analyst.

Kabir’s interest in the food and hospitality segment led him to shift focus to the hospitality sector where he spent three years with international award-winning restaurants ‘Zuma’ and ‘Roka’ that are owned by his uncle. He was involved in business development and spearheaded global expansion and brand development there.

Rahul, who is the marketing and creative brains at Azure, is a student of Ecole Hôtelière De Lausanne, Switzerland, and holds a Bachelor of Science degree in International hospitality management.

Having lived and worked in London, New York, Hong Kong, and Dubai, Rahul says he has cleaned bathrooms, washed utensils, worked behind the bar, and similar such hands-on experiences.

“Once you get a first-hand experience of these jobs it is easy to understand what your staff goes through,” says Rahul. 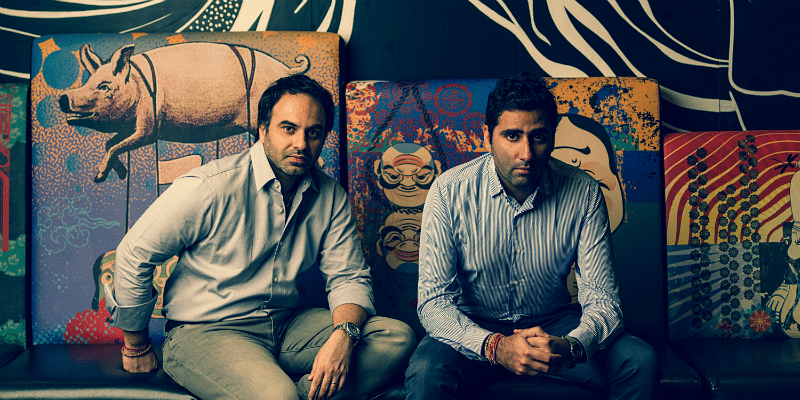 While Rahul was on a sabbatical in India, he met Kabir, who also happened to be India, and the two got talking about starting something of their own.

Since the two opened their first Mamagoto in 2010, they’ve had to shut only around one or two restaurants. “But the learning is that you should know what you are doing,” says Rahul, adding, “The F&B market is constantly evolving in terms of dynamics and demographics. Neighbourhoods are extremely different from each other. You have to be careful where you think what brand works.”

Rahul believes that data analytics can take you only so far in this space. “Eventually, you have to follow your gut because the industry is more a touch-and-feel one. More often than not our pulse of the situation has led us to the right places so far,” he says.

Sometimes things do not work in one’s favour. Citing an example, Rahul explains, “In the last eight months, the industry has gone through a lot of upheavals. We have lost all our input credit on GST. Overnight, 18% of our costs have just gone up. So you have to manoeuvre fast to adapt to these changes. What I am saying is, it does not get any easier.”

And it is the reason, Rahul believes, that at the end of the day one has to be customer and quality focused. “Everything else is secondary.”

In the market of many

The company has an ERP system for its finance, accounting, and HR processes. As far as its supplier management strategy goes, Rahul says, “As you scale, it is easier to manage suppliers because your procurement goes up. When we were smaller, we would get a very little credit period from them and that would impact our cash flow.”

The company tries to centralises its key accounts. For example, it does nationwide tie-ups with alcohol brands and cola brands. “We are an ISO-certified company, so we make sure our suppliers are also compliant,” says Rahul. 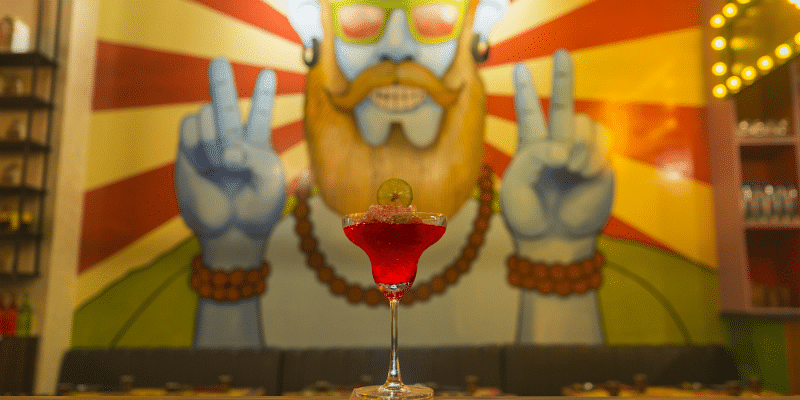 Regarding cash flow management, Rahul vouches for having good relations with one’s bankers. “It’s easier to have overdraft limits and ask for short-term loans because if you think about it, before the 10th of every month, we have to pay rent to 45 landlords and salary to 2300 employees.”

The company has also started its franchising model, so the outflow gets balanced to some extent. Rahul says maintaining cash flow balance is always a moving target.

Today, there’s tough competition in the market, whether it is Pan-Asian food or Indian. How do they keep ahead of their competition?

“It is survival of the fittest. You have to constantly innovate,” says Rahul.

However, considering this business is at the mercy of many variables, Rahul claims it is also about luck. What do you do if the city corporation decides to dig the road in front of your restaurant for long periods of time? Or when a regulation mandates liquor ban in restaurants on the highways?

“These are all part of the risk, and my advice is that one has to take all these into account before taking the plunge,” states Rahul. What he means is dream, but walk in with your eyes open.

World Environment Day: These entrepreneurs are leading the way with their recycling businesses