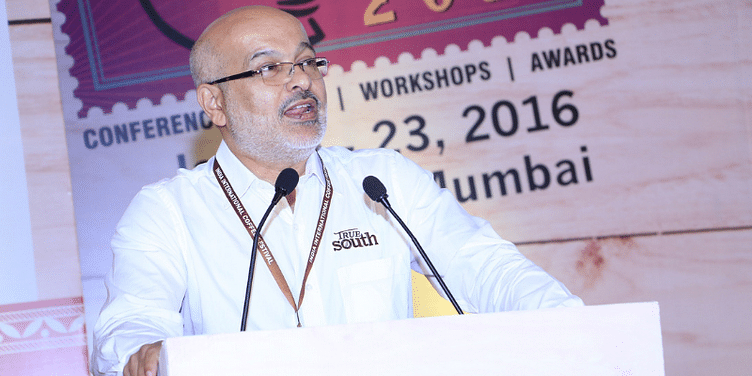 Harold Pereira started TrueSouth in Mysuru after spending 16 years in R&D to brew the perfect cup of convenient instant coffee.

As Terri Guillemets once said, “Coffee is the best thing to douse the sunrise with.” For many coffee lovers, the day does not begin without a hot cup of freshly brewed coffee. And if you are a coffee connoisseur, you would definitely look forward to the aroma of filter coffee wafting through your home.

But what if you did not have time to make a cup of filter coffee in the morning but wish to have coffee running through veins nevertheless? Understanding the time constraints of coffee lovers, Harold Pereira launched True South, an instant coffee decoction brand in Mysuru in July 2013.

While growing up, Harold had seen his mother preparing the coffee decoction before she went to bed every night. The first thing she did in the morning was to have her cup of coffee and head to church. And, at times, if she had forgotten to perform this activity at night, she would miss her coffee and her day just wouldn’t start right.

In this video interview with SMB Story Harold Pereira, Founder of TrueSouth, explains how his mother’s conundrum to brew the best decoction led him to start TrueSouth. Says,

I wondered why she did not just make the decoction in the morning? Little did I understand then, about the time, skill, and effort required to make a decoction. The freshly brewed decoction is always the best, as the profile changes within two to three hours, but households compromised and made it in the night to have the decoction ready in the morning.”

And, this got him thinking: why can’t filter coffee be filterless?

Harold then started experimenting by preparing instant filter coffee decoction without preservatives, which would taste similar to the freshly brewed filter coffee. It took him 16 long years to come up with the product, and today, TrueSouth is among the first brands to launch this first-of-its-kind product.

TrueSouth is a true farm-to-table organisation as it grows, roast, grinds, processes, and packages and sells the coffee decoction. The coffee is shade-grown, hand-picked, and sun-dried at Harold’s own farms. It is then carefully roasted and processed in the plant to ensure quality, consistency, and convenience. Quality is adhered to at every level of operations and the company complies with all the necessary FSSAI, HACCP, and halal regulations.

Struggle with the R&D

Talking about the tough phase of Research & Development of the instant coffee decoction, Harold says that he didn’t pour in a lot of money, but used the coffee beans from his own plantations in Chikmagalur and Coorg to come up with the right product. His team was doing the R&D under Hindustan Food and Beverages, which was formed in 1996.

Initially, they packed the decoction in bottles and within a day, they would bloat and explode. Then they added preservatives to the product to stabilise it but prominent coffee cuppers likened the taste of the coffee to that of cough syrups. He says,

“We have our own R&D team and multiple iterations and years of hard work led us to our product today, which is a boon for coffee lovers that makes the sip of their morning coffee easier without any hassle,” Harold adds.

Harold first targeted the HoReCa (Hotel, Restaurant, and Cafe) segment. The chefs loved the decoction, and it was an instant hit; TrueSouth decoction is now available in ITC hotels, Leela chain, Lemon Tree chain, and more.

“We also make machines which make the decoction relevant in different environments like office spaces, cafes, etc. All the machines are designed and produced in-house. We also run five small outlets across Chennai and Bengaluru,” Harold explains.

The company is also exporting the brand and has managed to make inroads in the UAE and the UK market. TrueSouth is also available in multiple quick service restaurant (QSR) chains across the country and is listed on Amazon and Bigbasket too.

On future plans, Harold says that the company is focussed on R&D and soon will come up with a few more products. He is also planning to come up with a kiosk model, and expand to other parts of the country.