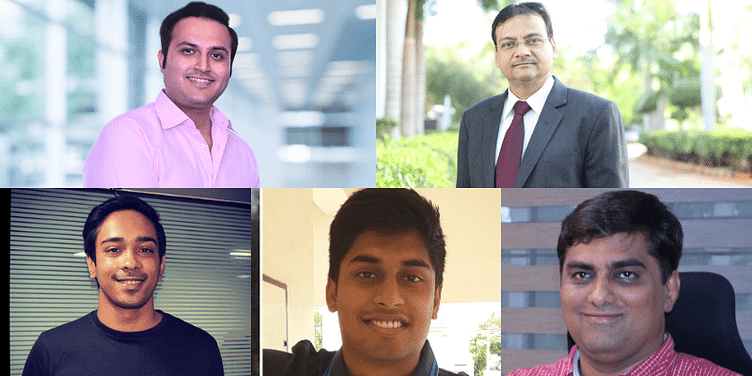 In the last few years, the innerwear industry in India has grown significantly. There have also emerged new brands catering to the segment. Here are their growth stories.

It was not long before that buying an innerwear was excruciating for both the genders in India. While for women, buying lingerie was in a hush and hurry, men too were hesitant to an extent. In the recent past, the buying behaviour of society has changed, thanks to the increasing awareness of personal care and modern consumer approach.

According to the Technopak report, amongst the core apparel categories, innerwear appears to be a potential growth category. In 2014, the Indian innerwear market was worth Rs 19,950 crore and is estimated to grow at 13 percent to reach Rs 68,270 crore by 2024. Recently, many new brands have also come up to cater to the mass audience.

SMBStory has drawn out a list of Indian innerwear brands that have disrupted the industry by growing year-on-year.

In 1973-74, when the Indian textile industry experienced different export performance during the pre-liberalisation reforms, Dindayal Gupta started Bhawani Textiles. Today, 80-year-old Dindayal Gupta is the chairman of the renamed ﻿Dollar Industries﻿ Limited, which is one of the leading brands in the hosiery sector with a 15% market share. Their textile exports stand at nine percent of their total production in the Indian hosiery market.

The company, listed on both NSE and BSE, has a fully-integrated manufacturing unit at Sipcot, near Tirupur. Available in 20+ countries, the company’s distributors grew from 750+ to 850+ in the last three years and the presence has also increased in the multi-brand outlets from 70,000+ to more than 80,000.

To all the men out there looking for everyday comfort and unconventional variety in their innerwear, ﻿XYXX﻿ has launched its men’s innerwear brand which includes a wide range of stylish products at the price point between Rs 199 to Rs 399.

Founded by Yogesh Kabra in Surat, Gujarat, in 2017, XYXX is a premium men’s innerwear and loungewear brand. The company was founded with a vision to change the innerwear culture in India. Yogesh Kabra says,

Innerwear is the first garment a person wears every day and there weren’t enough choices in the market. If my outfits are designed to reflect my mood for the day, why can’t my innerwear do the same - they don’t have to be black or white.”

The brand designs and manufactures comfortable innerwear for men ranging from trunks, boxers, briefs, knitted pyjamas, and vests to T-shirts.

The company was founded with a capital of Rs 50 lakh and is bootstrapped. Currently, XYXX employs 40 people at its office in Surat and clocked Rs 12 crore turnover in FY 2018-19.

One may think that a clean-tech engineer, an assistant director, and a clothing factory owner don’t have much in common.

“We want to build specialisations and address multiple niche groups within the underwear category. For example, we are aiming for period underwear, wheelchair comfort underwear, trans-inclusive underwear, disposable underwear, etc.”

Tailor and Circus products range from Rs 399 to Rs 649 across men’s and women’s underwear.

Now a key trend in the Indian fashion industry, athleisure combines casual style with sporting and urban lifestyles. Hoodies, jackets, and sneakers are nowadays worn to work as well as to the gym.

Between 2004 and 2006, Vijaya created fabric made from bamboo and organic cotton for his athleisure exports, and it went on to become his USP.

Armed with his concept for comfortable innerwear, Vijaya started ﻿Lavos Performance﻿ in 2010. He says he came up with the name by using initials of family members.

In its range for men, Lavos made boxer, stretch and sports briefs, vests, T shirts, and polos. Lavos started making innerwear for women to be worn during periods, during maternity, and while engaging in sport activities.

One of the oldest companies in the women’s innerwear sector that has seen the world changing is ﻿Groversons﻿ Paris Beauty. It was started by Chaman Lal Grover in 1953, and in 1986, it was taken over by his son, Rakesh Grover, currently the Managing Director of the company, who runs the business to date with his son and third-generation heir Siddharth Grover.

The Noida-headquartered company which has completed over six-and-a-half decades of manufacturing and selling lingerie is now aiming to touch Rs 500 crore in the next two-three years, Siddharth Grover, Director of Groversons Paris Beauty, tells SMBStory.

Siddharth joined the business in 2014 after completing his post-graduation from S.P. Jain Institute of Management and Research and interning with Mumbai-based apparel manufacturer Shahi Exports.