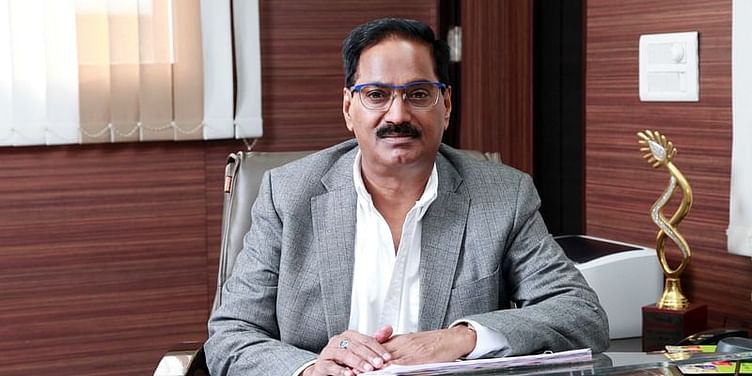 BL Agro, started in 1983, has earned a name for selling edible oils and other food products like pasta, vermicelli, nuts, pistachio, raisins, honey, pickle, pulses, etc. through a distributor network of 60,000.

Amid the coronavirus pandemic, many companies either held back their expansion plans or pivoted to a different business in a bid to survive.

But for BL Agro Group, a Bareilly-based FMCG company, things panned out differently. Although Chairman and Managing Director, Ghanshyam Khandelwal claims that COVID-19 did not impact the business, the company did take this opportunity to pivot and ride the D2C wave that has engulfed the country in the wake of the pandemic.

In fact, BL Agro now plans to expand rapidly both in the online and offline space. Moreover, the business recently roped in the famous Gangs of Wasseypur trio — Manoj Bajpayee, Nawazuddin Siddique and Pankaj Tripathi — for a television commercial to promote its flagship brand Bail Kohlu.

In 1976, Ghanshyam, a curious teenager, joined his family business B.L. Agro Industries that traded oil. At the time, he realised that people saw oil trading with suspicion.

“People were sceptical because they were unaware of the source and would feel that traders mix impurities in the oil. There were other challenges like lack of awareness that added to the woes of the traders,” he tells SMBStory.

After some time, Ghanshyam felt compelled to explore the manufacturing side of the business, he launched a mustard oil brand Bail Kohlu in 1983. The product was trademarked in 1986. Eventually, the existing business was transformed into an edible oils company called BL Agro Oils Pvt. Ltd.

While it began by importing oil from different parts of the country, it eventually set up its own unit in Bareilly.

Soon, BL Agro expanded its portfolio and started producing and selling other edible oils such as sunflower, canola, soybean, among others. The success gave Ghanshyam the confidence to diversify into food product categories like pasta, vermicelli, nuts, pistachio, raisins, honey, pickle, pulses, etc.

Talking about how the market has evolved, Ghanshyam says, “In the 1980s, there was less competition and a lot of business opportunities. Also, because of a few players, almost everyone who got the basics — like quality — right was able to succeed.”

However, in today’s time, one cannot hope to succeed without robust advertising and marketing strategies. Ghanshyam adds that while buyers earlier did not have any power on the price, it is evident that the pricing power now entirely lies in the hands of the buyers, owing to factors like increased competition.

He also adds that the reason BL Agro managed to survive over the years is because of its continuous focus on quality. His children have helped him modernise the business, like introducing sophisticated machinery, launch an ecommerce vertical, etc.

Started with an investment of Rs 5 lakh and now clocking Rs 470 Cr in revenue: the story of Anmol Feeds

Richa Khandelwal, Ghanshyam’ daughter, handles the marketing-related activities of the company. Sharing insights about bringing in technology into a traditional business, she says that the team had been toying with the “idea of introducing an ecommerce vertical for a couple of years.”

BL Agro launched a website for its brands Nourish and Bail Kohlu last year but it was only during the pandemic that it realised the growing seriousness around the direct-to-consumer (D2C) route.

As a result, the website underwent a revamp this May, formalising the launch of the company’s D2C vertical with all its offline products being sold online.

Richa adds that BL Agro wants to focus on its website and does not foresee getting listed on any of the ecommerce platforms.

“With this model, we are targeting a delivery time of less than two hours especially in places like Bihar, Delhi-NCR, etc,” she says.

According to Richa, this will empower its 60,000+ distributors, who are already a part of the company’s network, by giving them an additional stream of revenue generation.

She claims that the website gets around 25,000 visitors a day and the company is targeting 5,000 daily orders in the coming months. Going forward, BL Agro plans to roll out a new product line of namkeen and other snacks (especially potato chips) under Nourish.

Ghanshyam says that the company also wants to establish 100 outlets by the end of FY22 through the franchisee business model.