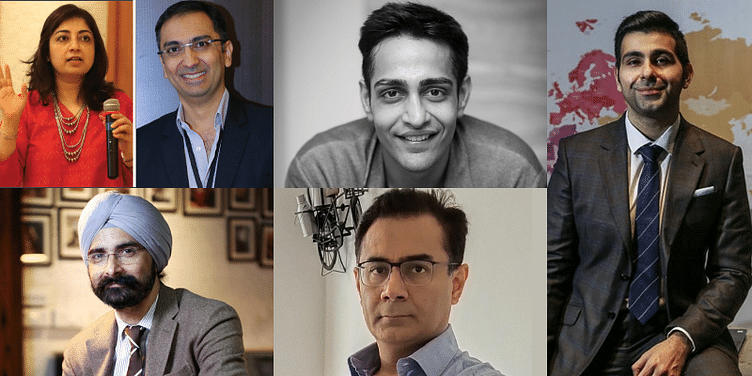 Customers’ tastes are changing fast, and Indian footwear brands are innovating their products and trying to capture the unorganised market. Here’s how:

After China, India is the largest footwear producer. The footwear sector in India is fragmented and close to 75 percent production comes from the unorganised sector, which includes micro, small, and medium enterprises (MSMEs), according to a Research and Markets report.

Kanpur, Agra, Ranipet, Vaniyambadi, and Ambur are the top footwear production hubs in the country. Today, urbanisation, higher disposable incomes and media influence are changing the needs of consumers and dictating the types of footwear these hubs produce for brands.

Dominant players in the organised market include international brands Bata, Nike, Adidas, Puma, etc. But customers’ tastes are changing so rapidly that scores of Indian footwear brands, both old and new, are innovating their products and trying to capture the unorganised market.

SMBStory has curated a list of five such homegrown footwear brands that are making a mark in the sector and earning crores of revenue:

Woodland, a highly sought-after brand for a lot of millennials, has Indian roots. Aero Group, the parent company of Woodland, was founded by Avatar Singh in Quebec, Canada, in the 1980s.

At the time, the company manufactured winter boots for Canada and Russia. Aero Group’s business was at its peak until the 1990s when the Russian market went down with the disintegration of the Soviet Union.

In 1992, Aero Group decided to enter India after seeing the developing market conditions and the opening up of exclusive retail outlets and mall culture. Woodland was thus launched under Aero Group.

Today, Woodland’s products are manufactured and assembled across various countries for easy exports. Major manufacturing is done in India in Noida. The leather is sourced from tanneries in Jalandhar, Punjab. The company also has collaborations with vendors in Bangladesh, Taiwan, and China, for the outsourcing of a few SKUs.

The raw materials used for shoes, including soles, are manufactured in-house. Italian machinery is used for tanning and finishing the hand-picked Italian hides. German technology is used to manufacture tough rubber soles.

Woodland has over 600 EBOs across the country along with shelf space in 5,500 multi-brand outlets (MBOs). The company now clocks a turnover of Rs 1,250 crore.

In 1966, Parmeshwar Dayal Lakhani founded Lakhani, a Made in India, premium footwear company that still has a name in Indian households. However, in the mid-2000s, when multinational brands like Nike, Puma, and Adidas entered the Indian footwear market, Lakhani, which once held a major percentage of share in the industry, faded into oblivion.

“Lakhani serves the masses and I wanted to take that legacy forward but with a different approach. I brought in 90 percent outsourced manufacturing, which the major big brands followed,” Mayank says.

He initiated the concept of brand sourcing in Lakhani Infinity, where products were manufactured by outside suppliers, and the team ensured strict quality inspection and compliance.

Now, the company sources raw material from Delhi/NCR, and the rubber is sourced from south India. Its footwear is priced between Rs 100 and Rs 1,499, and some of its products include sports shoes, canvas shoes, slippers, sandals, bellies, hawai chappals, and other premium-quality footwear.

It is said that home is where the heart is. And it was no different for SKO footwear founder Nishant Kanodia, who used to work abroad as an investment banker for 13 years. He wanted to come back to India and become an entrepreneur.

His family was running a footwear business for over 30 years, and so it was natural for Nishant to consider entering this sector.

“There was a lack of clean aesthetic when it comes to footwear in India. I wanted to start a footwear brand that used premium quality raw material focussing on durability, comfort, and design rather than volume,” he says.

In 2018, Nishant took a leap of faith and invested his own capital to start SKO, a luxury footwear label with Scandinavian design aesthetics of clean looks and minimalism. The Scandinavian-inspired designs and premium positioning has worked well for SKO, which clocked Rs 1.5 crore revenue just a year after launch.

SKO makes sneakers, espadrilles, mules, sandals, and loafers for men, and flats and heels for women. All these footwear products are designed in SKO’s studio in Mumbai in collaboration with European designers. Then the products are manufactured in a large-scale unit in Dehradun, and the whole operation employs 150 people.

Manoj Gyanchandani started a leather shoe export business in his early 20s when he was also involved in his family’s business. In 1995, he set up Leayan Global Private Limited to export leather shoes to Europe.

However, two years later, Manoj realised that the Indian footwear market isn’t organised in the leather shoe sector. Wrapping up the export business, he studied the market and launched Red Chief brand under the parent company Leayan Global Private Limited in 1997.

Today, Red Chief has 175 stores located across 16 states including Uttar Pradesh, Madhya Pradesh, Gujarat, Rajasthan, Maharashtra, and Chhattisgarh. It is also present in over 3,000 multi-brand outlets. According to the Registrar of Companies (RoC) filings, the company makes an annual turnover of over Rs 324 crore.

“Almost 80 percent of our products are manufactured in-house. We have a complete leather and footwear manufacturing with our own tannery, and three manufacturing plants across Kanpur, Haridwar, and other cities,” says Manoj.

When designing a shoe, finding the sweet spot between style and comfort is often a tall order. Almas Nanda also found this to be troubling and wanted to have both. In 1998, when she was just 24 years old, she started Inc.5 to provide women with stylish footwear that did not compromise on comfort.

Almas’ brother Amin Virji, MD, Inc.5, recalls how they started from one store in Heera Panna Shopping Centre in Mumbai and took the brand’s presence to 54 exclusive stores across India.

He says, “Our grandfather launched ‘Regal Shoes’ in 1954. It was a family-run business, but we were limited to manufacturing basic and formal footwear. In 1998, we thought of exploring the opportunity in the untapped footwear market that provides good-looking footwear with comfort. Hence Inc.5 was launched.”

In 2001, Regal Shoes and Inc.5 were merged to form Inc.5 Shoes Private Limited. With a strong presence in Tier I and Tier II cities, including Delhi, Kolkata, Chennai, Bengaluru, Hyderabad, Ahmedabad, Kanpur, Lucknow, and Pune, today Inc.5 is recording an annual turnover of Rs 163 crore.

At present, it imports a few materials from China, Vietnam, and Taiwan and gives contract orders to factories located in Delhi, Agra, Kanpur, Chennai, and other places, to meet their requirements.