How Gem Selections became a Rs 107 Cr company selling gemstones to astrologers, TV channels, and others 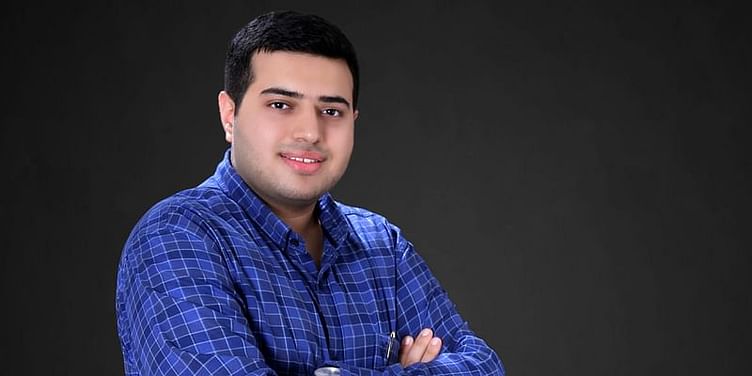 Gem Selections was started in 1987 as a sole proprietorship firm. In over three decades, the company has not only diversified into wholesale and retail but also exports to various countries, clocking a turnover of Rs 107 crore.

Many believe that gems and gemstones have healing properties. Many cultures attribute gems to specific energies, and in astrology, each planet is associated with a different stone.

According to gemsociety, “Some use gemstones as part of their spiritual practices to restore energy fields, gain peace, and promote love and safety. In some belief systems, gemstones are placed on certain areas of the body, called ‘chakras’, to promote healing.”

Foreseeing India to be one of the biggest markets in the years to come, Pankaj Khanna (56) set his foot in the gems and gemstone industry in 1987 as a sole proprietor, founding the company Gem Selections.

In an interaction with SMBStory, the second-generation entrepreneur, Aaradhya Khanna, son of Pankaj Khanna, says,

“When the business was set up, my father used to buy raw gemstones from the mines through a middleman, get lapidary work done (cut and polished) to supply to various jewellers across the Indian subcontinent.”

Along with his wife Anu Khanna, Pankaj set up a wholesale and retail outlet for gemstones in Janakpuri, New Delhi in 1997, and since then, there has been no looking back. Being an acclaimed astrologer himself, the entrepreneur diversified in the sector with an aim to provide quality stones to the customers who firmly believe in their healing power.

In 1997, when Pankaj entered into the wholesale and retails, they switched their supply chain to import the gemstones directly. Aaradhya says,

“Earlier, we used to take rough gemstones from Jaipur and Sri Lanka. However, when we set up our store, we started importing stones from different countries directly, and then in 1999, we set up a manufacturing plant in Khambat, Gujarat to export finished gemstones.”

A gemstone has three properties — clarity, lustre, and colour. According to Aaradhya, these properties define how expensive the stone is. “The gemstone industry is very unorganised and the prices are volatile. Even for stones like the ruby, India has a great potential for extraction but due to unfavourable schemes and policies, the retailers are unable to reap the maximum benefit,” he adds.

Gem Selections deals in retail, wholesale and export of gemstones, diamonds, jewellery, handicrafts, rudraksha, yantras, bullion, and other related products. The company imports yellow sapphire from Sri Lanka, blue sapphire from Africa, and emerald from Brazil, among others. These cost between Rs 7,000 and Rs 15 lakh — some even going up to crores of worth.

Today, the company has 324 dealers located worldwide and rakes in Rs 107 crore turnover with no outside funding.

Impact on the customers and society

All the gemstones and gems jewellery at Gem Selections are certified by government labs, ensuring the quality and purity of its products.

Gem Selections is also one of the suppliers to over 400 astrologers and jewellers across the globe. It supplies as a ‘White Label Product’, implying that the buyers can sell the gemstones brought from Gem Selections in the market with their own brand name. The company has been the backend for all the gemstones, rudraksha and yantra requirements of the Times Internet Limited-Astrospeak since July 2002. Besides, it has also been in the backend requirements for Rediff, Indiainfo, Homeshop18, among others.

During 2005 to 2011, Gem Selections organised in a total of 103 exhibitions in the country and abroad. It has been the backend for handicrafts for HHEC in 2007 and Taj Khazana stores in Goa and Mumbai in 2008.

“Recently we tied up with various banks and NBFCs to give gemstones on credit to customers. You see people get loans and EMI options for gold but non-one gives this facility for gemstones. We were trying to bring this up since years and recently hit the deal. Now, customers can get gemstones in the price range between Rs 5 lakh to Rs 15 lakh on EMI from us,” Aaradhya tells SMBStory.

Challenges in sustaining the business

Since they deal with high-value products, the major challenge was how to run the operations remotely. However, technology solved this problem. Other major problems lie in defining price while maintaining high quality for which they are known.

Holding inventory is another challenge, Aaradhya says. The company has to hold up the inventory of Rs 65 crore every time, which doesn’t fall in the financials when calculating the yearly turnover.

Gem Selections is constantly increasing its online presence and expect the monthly traffic on all internet properties to cross the 10 million visitors mark by the end of 2021. The company also plans to expand its retail stores to 25 stores by 2025 across the country.

Gem Selections is targeting to open up a store in October in Le Meridian, New Delhi and has setup with another store in Ramada, Udaipur in December.