How swearing by transparency, this entrepreneur is seeing success in the organic food sector

Bhavin Parmar (33) from Gujarat belongs to a farmer’s family. After completing his MBA in 2012 from IIM Indore, Bhavin decided to give a miss to many lucrative offers rolled by MNCs, and instead, opted to work for a company that gave him an opportunity to go back to his agricultural roots.

He says, “I wanted to go back to my people. I wanted to give back to them. So, I chose to work for an organic food company because I realised that organic farming was one way I could serve my community.”

Bhavin joined a Jaipur-based organic food company in 2012 to handle its production sphere. Given that Bhavin’s ambitions aligned well with his nature of work, he says, “To me, my job was not merely a 9-6 professional affair. Rather, it was more of a means with which I felt I was giving back to my community.”

As a result, owing to his deep involvement in work, Bhavin climbed the professional growth ladder quite fast. He says, “Within three years of joining the company, I was nearly managing the entire chain of operations. It helped me immensely in developing an expertise in operations.”

Being at the helm of affairs and having discharged a wide range of responsibilities, Bhavin sensed a few gaps in the organic industry, which according to him, were not being addressed across the industry. He says,

“Despite being promised high returns, farmers were not happy doing organic farming. Moreover, products marketed and sold as organic were not entirely organic.”

Additionally, Bhavin also sensed a growing distrust among buyers regarding the authenticity of products even if they were authentic. According to him, no company across the industry was doing anything to reassure buyers.”The companies seemed convinced that a few certifications were enough to make the consumers believe the genuineness of the product”, he says. 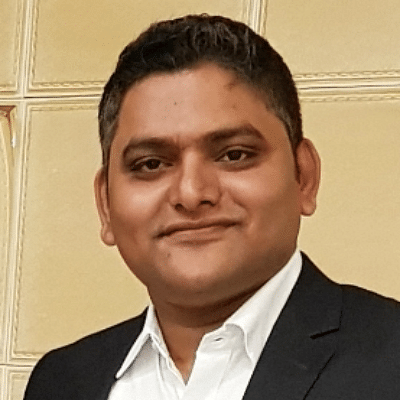 Seeing an opportunity in these shortcomings, Bhavin decided to launch his own organic food brand. But, before putting down his papers, he wanted to rope in some partners before embarking into his entrepreneurial journey as he knew it wasn’t possible to do it alone.

He, therefore, discussed his plans with a colleague, who was the US distributor for the company, who put him in touch with her father, Ami Lal Meena, a retired bureaucrat, who agreed to collaborate with Bhavin.

Together, both Bhavin and Meena, along with another colleague Kshitij Ghumaria, he launched Bytewise Organic in 2016 with an initial capital of Rs 10 lakh.

Ami Lal Meena is a retired bureaucrat from the Indian Railways Accounts Services cadre having worked for 35 years in govt service, and another Kshitij Ghumaria is an IIT & IIM alunm. "Our company has a mix of both energy of young minds as well as experience," says Bhavin.

The company, at present, caters to the US primarily, with a presence in more than 10 states in the country. Its product range consists of organic sweeteners, flours, pulses, cereals, spices and oils. It recently tied with Carrefour, a French multinational retailer, to sell its products in Dubai and Oman.

At present, Bytewise is associated with 500 farmers, directly and indirectly, who sell products to it at a premium of 15-20 percent. It has a state-of-the-art manufacturing unit in Jaipur, employs 30 people and clocks a turnover of Rs 4.5 crore.

Bhavin believes in complete transparency. Bytewise’s products come with a message, explicitly stating “An assured pesticide-free product”, along with a QR code, which tells the consumer about the result of the authenticity test conducted in international labs.

According to Bhavin, adopting this level of transparency has not gone well with the industry players in the sector. He claims,

“Big players in the market often use their might and spread negative words about our product, with the intent to prevent us from getting a space in retail stores.”

Another major challenge according to Bhavin is the heavy investments the company has to incur in controlling the end-to-end production for maintaining genuine quality. As a result, it has not been investing in traditional marketing channels, and instead, tied up with retail stores worldwide.

Despite challenges, Bhavin foresees a promising future in the organic food sector. According to him, the market is in its nascent stage and has not been tapped fully. He says, “If the biggest player in the country generates a revenue of Rs 150 crore a year, you can sense how unexplored this entire segment is and how fruitful the future is bound to be.”

Bhavin looks to turn Bytewise into the most structured and transparent organic player by 2022, with products that can be traced to their original sources along with a complete test report that can be accessed via its QR code.

Continuing its strong belief in transparency, Bytewise Organic has adopted it in its branding strategy too. Bhavin says, “Our packaging is a simple black and white design, with a 70 percent transparent area, which lets you get a significant glimpse of the quality and the contents.”

According to him, in many international exhibitions, the team has repeatedly received remarks from other players for having the best packaging to date by an Indian firm in international markets.

“One has to be mad when it comes to the level of belief one holds in their business idea.” Also, one needs to have a clear vision, he says. “I, and my co-founders were very clear in what we had to do.”

According to Bhavin, every industry has few basics, which must be stuck with. He says, “For organic, it is all about purity and we stuck to it, despite challenges like costs shooting up.”

He adds that in one’s entrepreneurial journey, challenges are bound to come but one must not deviate from the original idea. He concludes, “You should give business some holding time and shouldn’t give up or deviate midway. Be persistent with your vision and you shall bear fruits.” 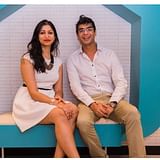