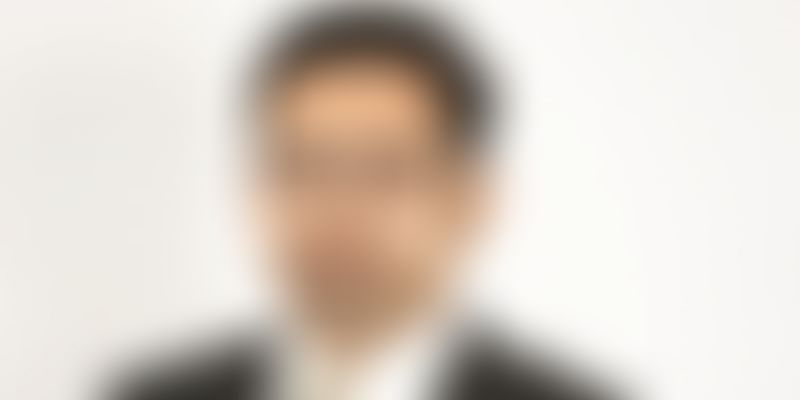 Competing with ecommerce giants and overcoming Facebook privacy issues, here’s how Ameen Khwaja built pTron in five years to get 5,000 orders per day.

Hard work is the key to success. Behind every successful entrepreneur, there is a story of determination, perseverance, and the conviction of overcoming challenges.

Ameen Khwaja is one such entrepreneur who didn’t shy away from creating a brand from scratch.

Hailing from a decades-old, well-established family business, Ameen is an electrical engineer by profession, who made the best of all opportunities that came his way. In an interaction with SMBStory, he says,

“I completed my graduation from the University of East London and while I was studying there, I freelanced for around 70 bread and breakfast hotels near Buckingham Palace to develop their websites.”

In 2005, Ameen returned to India and worked as a consultant for various insurance companies. However, he was not satisfied with what he was doing.

The mid-2000s was a time when the smartphone industry saw a boom and so did its accessories segment. It didn’t take long for Ameen to realise the high potential in this industry and, in 2015, he built his own ecommerce website latestone.com to sell smartphone accessories.

From starting an ecommerce website to selling smartphone accessories to building a brand, Ameen has come a long way, tiding over difficult times.

Initially, Ameen imported products from China and sold on his ecommerce portal. However, soon he saw a huge gap in the smartphone mobile accessories market in India. He says,

“Like in the 90s when demand for computer accessories surged, similarly post 2010, demand for the smartphone accessories increased. Earlier, people accepted what they got in the market, but soon the big brands stepped in, creating a big market and people had options to choose. However, despite the market potential being high, it wasn’t catered to and so, we entered the market with a wider range of products.”

pTron gets its products manufactured from third-party manufacturing units in China and assembles all the products in India at its unit in Hyderabad.

pTron products were brought to the market through latestone.com and in just three years it achieved Rs 220 crore value. Ameen says,

“We didn’t take any outside fund to grow our business. Facebook and digital marketing drove the company’s sales. Our acquisition cost was cheapest and we used to get around 450 orders per day.”

However, within two years, the company went through trying times. Ameen says that Facebook increased its marketing price and the ecommerce giants came up with huge sales which were impossible to compete. Later, Facebook privacy issued declined sales.

“Though we were doing well in the market, we couldn’t beat a heavily-funded ecommerce company that burns crores of rupees towards product acquisition, promotions, and what not. We focussed on churning out profits and failed to compete with these giants,” Ameen tells SMBStory.

But Ameen didn’t lose hope. He came back stronger and used the same ecommerce giants to grow his business exponentially.

In 2017, Ameen listed pTron in various ecommerce spaces including Amazon, Flipkart, Snapdeal and soon became the customers’ favourite. Today, it receives 5,000 orders per day with its bassbuds wireless headsets as the fastest-selling product.

Challenges, tough competition, and struggle didn’t hamper Ameen’s vision, nor did the unprecedented times of COVID-19.

With the pandemic hitting businesses hard, pTron’s sale went to zero for two months. Ameen decided to switch partial manufacturing to India in a move to become self-sustainable. He says,

“We decided to manufacture our fastest selling bassbuds wireless headsets in India itself. Though the custom cost has increased from 12 to 15 percent, this is high time to become self-dependent.”

pTron has reached a milestone of selling 1.5 lakh pieces per month and Ameen hopes that the company will reach a target of selling six million pieces per year, in the next two to three years. The company also plans to increase its SKUs to about 225.

pTron also aims to upgrade its R&D with a focus on manufacturing more products in India.