After years of research and a tragic accident, this duo launched a hemp-based organic products brand to bring holistic wellness 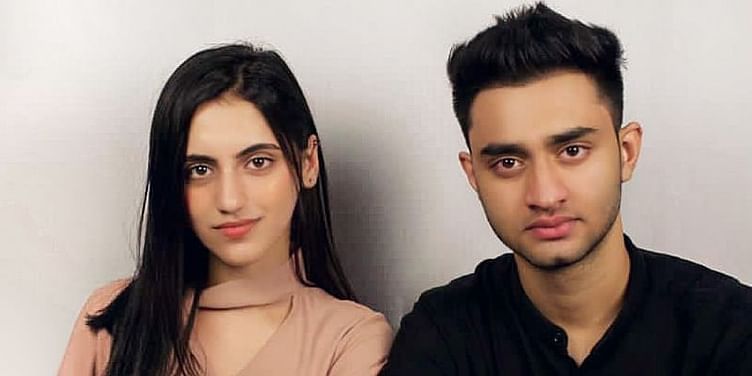 With the mountains calling, Rohit Kamath and Loveena Sirohi researched about medical cannabis and hemp to launch a hemp-based health and wellness product range India Hemp Organics in 2020. Till now, the brand has catered to over 20,000 customers and has recently expanded to the international market.

Avid trekkers and college friends Rohit Kamath and Loveena Sirohi make sure that they spend at least two or three months in a year under the shadow of the Himalayas.

The duo has been following this routine since 2016, and it was during their first trip that they realised that the local population of Uttarakhand relied a lot on hemp and cannabis for not only treating various diseases and ailments but also utilising it for making several sustainable products.

This instilled a curiosity in Rohit to conduct research to comprehensively understand the plant from its roots. The duo began their research and undertook many trips to the Himalayas.

In the process, Rohit and Loveena sat with farmers and understood the benefits of the plant, realising that hemp can be used as a source to further create more than 25,000 different sustainable products.

Making of the medical cannabis company

Rohit and Loveena found a big opportunity in the market, however, before laying the first brick, Rohit initiated his research on the laws surrounding businesses that use hemp in their products. He read up on the Drugs and Cosmetics Act, 1940 and the NDPS Act, 1985 to understand the legality of an industry that is so widely misunderstood, and one that is still coming into fruition.

Rohit realised that the NDPS Act prohibits the sale and production of cannabis resin and flowers. However, it does not prohibit the use of seeds and leaves of the same plant.

“That was one of our many eureka moments, and we realised that cannabis is not completely illegal in our country as it is often mistakenly interpreted,” Rohit tells SMBStory.

But while the research was underway, Loveena met with a life-threatening road accident in 2017. During this time, she says she administered Cannabidiol (CBD) oil for her chronic pain, which she said led to faster relief.

This accident incentivised them even more to research about medical cannabis, its interaction with human physiology, and how it can help alleviate several symptoms like chronic pain, anxiety, decreased appetite, inflammation, and more.

“We realised through our thorough research that there is a system that’s inherently present within every mammal’s human biology, called the Endocannabinoid System (ECS), that works with a primary objective of restoring balance in our body, or in biological terms, ‘homeostasis’. This system essentially governs the functioning of all the other systems in one’s body and was named after the cannabis plant itself because of the interaction of the plant with the ECS’ receptors,” the duo told SMBStory.

According to research by NCBI, CBD oil has considerable potential and can be used as a treatment for multiple anxiety disorders.

Armed with the knowledge, Rohit and Loveena started ﻿India Hemp Organics﻿ in 2020 in Bengaluru. The brand operates in medicine and health, personal care, and the food and nutrition space.

The duo came out with the food and nutrition range in February 2020 after procuring hemp from the farmers of Uttarakhand. They set up a manufacturing unit on a contractual basis in Madhya Pradesh.

“We were just two of us when we started but gradually, we onboarded an R&D team that worked on the formulations for the factory to get the final product,” Rohit says.

Eight months later, in October 2020, the company launched its medicinal range called CannaBliss which comprises oral and OTC medical cannabis oils. As of now, India Hemp Organics has a total of 26 SKUs, 10 of which belong to hemp nutrition and 16 others are from the medical cannabis range.

With companies like Hemp Horizons, BOHECO, India Hemp and Co, and others leading the market, Rohit says the Indian consumers have matured and are understanding the benefits of using hemp-based personal care and medicinal products.

Though they haven’t shared the revenue details, Rohit mentions that within a year of inception, India Hemp Organics has catered to over 20,000 customers across India, and has recently expanded into international markets.

India Hemp Organics sells its product online through its own website, social media channels, and ecommerce portals. It also has a presence in various offline stores in Bengaluru.

Regulation is a major challenge

The global hemp and cannabis market is expected to reach $42.71 billion in 2025.

Within India, Rohit says they estimate the domestic market to be worth $700-$900 million at present, but with a population of approximately 1.4 billion and a growing middle class, the potential market for cannabis products is substantial.

Hemp-based products are gaining acceptance in the market, however, even though it is legal to use hemp seeds and leaves for medicinal purposes, the regulation on its cultivation poses a challenge.

Rohit says that cannabis is grown majorly as a wild and feral crop, and optimum quality seeds are vital to ensure standardised output in India. However, as per the commercial cultivation policy in Uttarakhand, only seeds that are below 0.3 percent THC (one of at least 113 cannabinoids identified in cannabis) are permitted, which our country lacks.

This law has been adopted by the European Union, and followed suit in our country without conducting any domestic research on our indigenous species. The main challenge the company faces is in being able to cultivate hemp at a large scale due to lack of regulation of the seeds which are below 0.3 percent THC.

The brand aims at continuous expansion into various health, wellness, and personal care products using hemp. The company’s next target will be to expand into ‘classical Ayurvedic formulations’ using the Vijaya extract (Cannabis Sativa extract) and other adaptogens. The company is also looking to step into a premium and natural skincare line with hemp as its core ingredient.

Apart from its line of products, India Hemp Organics offer will also be deeply invested in two kinds of research: the first will be rooted in medicinal cannabis by conducting clinical trials on cannabis and its potential for pain management, combating the side-effects of cancer, neurological ailments, arthritis, etc. This will be done in collaboration with some of the top hospitals and research institutes in the country.

The second type of research would be on studying the Indian cannabis phenotype, genotype, and chemotype to attain standardised hemp seeds that are below 0.3 percent THC, and establish a seed bank.

How registered MSMEs can get their customers to pay up