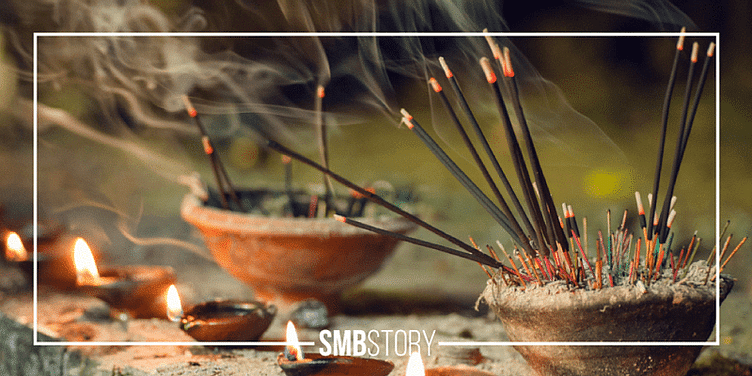 With raw materials being sourced locally, costs are low for incense stick (agarbatti) makers, even as their products rake in significant export revenue.

Ankit Agarwal, Director of incense stick maker ﻿MDPH﻿, too says COVID-19 did not impact the industry much.

“The last year can be divided into two parts for the incense stick industry,” he says. “Part 1 starting June, which saw a demand surge and increased sales with the start of the festive season; and part 2, post Diwali, which saw a dip in sales that is usual every year and has nothing to do with COVID.”

Although factories were closed for a couple of months due to the nationwide lockdown to curb the spread of coronavirus, production recovered by August and by the end of 2021, the incense market is likely to reach Rs 7,500-8,000 crore, from the current Rs 7,000 crore, he says.

“Initially, due to the lockdown, there was a dip in exports, which picked up when the markets started opening up,” says Ranga. “Export revenue crossed Rs 346.52 crore during April-September 2020.”

Indian incense sticks are exported to more than 150 countries, the US, UK, Malaysia, and Nigeria being the top markets.

“The unique fragrances and superior quality that Indian incense stick makers offer have helped the industry carve a niche for themselves globally,” says Ranga. “With a compound annual growth rate of around 3.6 percent, the industry is the fragrance ambassador of our nation.”

Spirituality, well-being, and prayer rituals fuel domestic growth of the industry, while overseas popularity of oriental culture, ayurveda, and yoga drive exports, fragrance being the most important factor, he says.

Alongside traditional favourites such as sandalwood and Indian jasmine, consumers are experimenting with fragrances such as coffee, chocolate, green tea, and a flurry of fruity fragrances.

The manufacturing cost of incense sticks is fairly low, as most of the raw materials are sourced locally.

“A few raw materials such as joss powder are imported, mostly from Vietnam,” says Ranga.

Fragrance is the most important quality in an incense and plays a major role in brand recognition, he says.

Bamboo is the primary material for making incense sticks. Due to regulations surrounding the use of bamboo, the plants are wild-harvested and not cultivated.

“This is one of the major challenges that hinders the growth potential of the industry,” says Ranga. “But AIAMA is in constant touch with the government, agriculture universities, and the National Bamboo Mission to find a way out.”

Despite facing competition from China and Vietnam, the industry has managed to dominate the Indian market with its premium quality products.

Since 2019, no raw incense has been imported into the country, claims Agarwal.

Prior to this, the main reason for importing raw incense was the scarcity of raw materials in India since 2005-06, he says.

In 2019, the government put restrictions on imports of incense and similar products following reports of a significant rise in shipments from China and Vietnam.

“The industry never imported finished products; it only imported unfinished raw incense prior to September 2019,” explains Agarwal. “Even when raw incense was imported, 85 percent value addition was done in India. From September 2019, thanks to the government’s efforts, incense sticks are 100 percent made in India.”

From perfuming to packaging, India is 100 percent self-reliant in incense manufacturing.

The incense industry employs close to four lakh people, around 80 percent of whom are women.

“One of the biggest initiatives that has enabled the workforce is semi-mechanisation of the raw incense-making process,” says Ranga. “This thrust on semi-mechanisation has helped women increase their daily production significantly.”

On average, a worker produces 30-40 kg of incense sticks a day.

As most incense makers are MSMEs, the Rs 15,700 crore earmarked for the development of the sector by Union Budget 2021 would benefit them, says Ranga.

“Similarly, the plan to put in place a revised customs duty structure by October 2021 is commendable,” he says. “Even the strengthening of the NCLT (National Company Law Tribunal) framework, implementation of e-courts systems, introducing alternative methods of debt resolution, and setting up a special framework for MSMEs will help the incense industry significantly.”

However, he adds that given the government’s acknowledgement of the issues faced by MSMEs, extensive support was expected in the Budget.

“The Budget should have considered giving 50 percent additional weightage for Atmanirbhar allowance under the Income Tax Act on the cost of materials needed, as well as manufacturing expenses incurred in making raw incense,” he says. “This would have provided great relief to the small units, which have recently commenced efforts in making our industry self-reliant and completely indigenous.”

The government should have considered investing in providing infrastructure support, including by setting up dedicated state warehousing facilities and offering these at concessional rates, says Ranga.

“Funds should also have been considered for setting up common facility centres for bamboo stick making from strips across the district and taluka headquarters of identified states,” he added.

Meet the founders who quit their jobs to walk the entrepreneurial path, now make millions in revenue