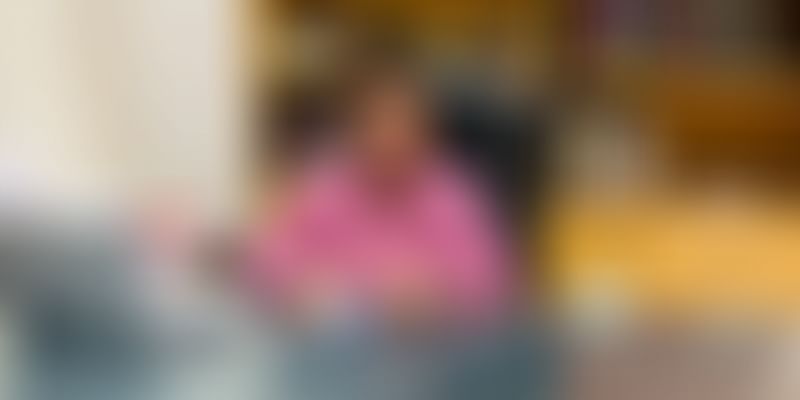 Pradip Singh Puri had to down the shutters of his 25-year-old pharma business around the 2008 recession. But he held on and made a comeback in a completely new space: wholesale furniture. Read the story of he grew his brand to clock Rs 15 crore turnover.

The pharmaceutical industry was battling with recession in 2008. It was a hard time for entrepreneurs of this industry who were also hemmed in by a bad credit system the following year. Some failed while others struggled to remain afloat.

Pradip Singh Puri, Founder of Avian Remedies Ltd, a 25-year-old pharma company, too was hit by the downturn. In an interaction with SMBStory, his son, Angad Singh Puri who heads the company's retail, explains how the family fought hard and then made a comeback in a different industry.

“It was a very bad phase for us. We were into poultry and pharma business. The bird flu and recession hit us at the same time and we couldn’t foresee any positive change coming forth for the pharma industry. The recession ended after a while and we saw a steady boom in the furniture industry. We studied the market well and decided to take a leap of faith by starting a luxury furniture brand,” he says.

Angad explains that the market was flooded with products that were either too niche targeting a premium segment, or on a low scale. There was no middle ground, essentially, with limited options for the discerning upper middle class. Avian went after that segment.

So, letting go of his pharma expertise, Pradip founded Avian Lifestyle under Avian Remedies Group Pvt Ltd in 2013 in Gurugram, to plunge into the furniture industry. The business began in 2011 under the parent company with a capital of Rs 1.5 crore.

Pradip found himself to be in a financial mess with his pharma company, which was drowning him in loans, and he quite nearly lost his house to the banks. Failure often gets to the best of us, but Pradip soldiered on to find a way out. Not waiting around too long, he started on his second go at entrepreneurship.

Angad recalls the extensive amount of research his father did, studying the market deeply to understand industry trends. He learnt that most furniture in India, especially of the luxury variety, was imported from Vietnam. This made him smoke out a gap—good quality furniture that was still not very pricey. Pradip went after this this untapped segment.

He started by importing furniture in 2011 from Vietnam, from a German company called Brema, for wholesaling under the parent company. Angad says,

“Vietnam is a hub for furniture and is one of the largest exporters of solid wood furniture to India. We started our journey by importing furniture and tried wholesaling in many retail stores. We then opened a 25,000sqft high street store in Sultanpur, Delhi, and started out by selling furniture with a five-percent margin, which is very low compared to the market rates.”

Gradually, Avian started shaping up and they captured most of the furniture markets in Delhi, including Kirti Nagar.

In 2013, Pradip opened another 11,000sqft store in Gurugram, as furniture buyers, even on wholesale, often like to get the touch and feel of it before they go ahead.

Avian’s business expanded and the brand also started importing furniture from Turkey, where it has 56 exclusive dealerships.

Today, Avian records an annual turnover of Rs 15 crore and wholesales to 50 brands across India.

In 2015, the brand started manufacturing furniture, catering to the demands for customisation.

“It is challenging to customise imported furniture as they are set standards for imports. And we didn’t want to lose out on customers. Thus, to fulfil their needs and requirements, we started manufacturing through third-party manufacturers in Gurugram,” Angad says.

Avian also offers cost-free consultation to its customers and benefits like membership discounts, and friends-and-family discount, which, Angad says, not many brands do. In the diverse furniture market, Avian competes with Stanley, Furniturewalla, and more.

Though Avian’s business has grown in the past years, the journey was not very smooth. Angad says,

“The journey has been a roller-coaster ride that has helped us stay on our toes with our eyes wide open. As a business we have faced a lot of external and internal challenges, right from government’s sudden move to demonetise large currency notes, which forced our premium customers to become more cautious with spending, to the sudden implementation of GST with a 28 percent slab from the previous 12.5 percent slab. This radically decreased customer confidence to buy new products, which stalled the growth of the company.”

Avian also had to down the shutters on its 25,000sqft store in Sultanpur as it was not able to meet the huge expenses involved in running it, and, instead, moved its operations to the second store. But, Angad explains, constant learning and staying abreast of the trends in the market along with never diluting the company ethos of inspired design helped Avian to stay on top.

“It has been 10 years and the brand still faces challenges. There are family-run furniture brands and experienced entrepreneurs who have a strong hold in this industry. We are gradually scaling up following our market research and demand from customers,” he adds.

Throwing light on the brand’s future plans, Angad says that they want to build a strong franchise model. In the next five years, they want to open 10 franchises; they are already in talks with potential partners. A popup artefacts store in Select City Walk Mall, Saket, New Delhi is also on the cards for Avian.

The brand was earlier selling on Pepperfry but plans to take all online orders through its own website soon.