These multi-crore empires were once struggling businesses 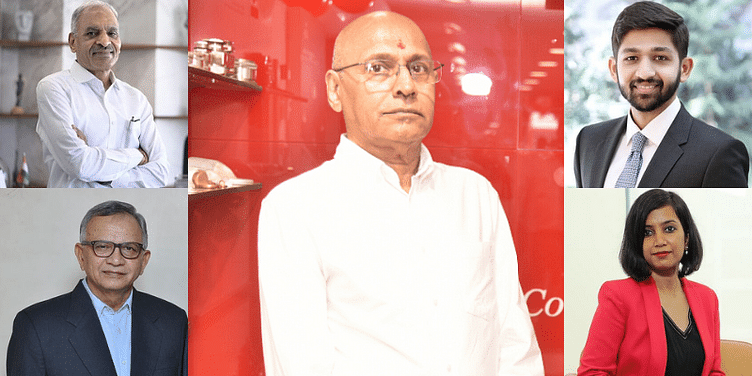 From Nilkamal to Polycab and Shalimar Paints, success did not come overnight for these Indian brands. Having gained immense consumer trust, here’s how these companies made it big despite the odds.

It’s hard to imagine that up until 1990, from the time the country regained independence in 1947, India’s business ecosystem ran on licences, regulations and accompanying red tape without which setting up and running businesses in the country was out of the question. Thirty years down the line, the country now has the third-largest startup ecosystem in the world, and is home to 21 unicorns.

They say small beginnings are the launching pad to great endings, and these Indian entrepreneurs have proved it true through the years. Through their humble beginnings, they have remained steadfast and survived the odds on the back of greater vision and passion. We have compiled an impressive list of Indian businesses that began as just a dream, but went on to become household names in their respective industry sectors, get listed, and raise IPOs.

Satyanarayan Nandlal Nuwal is the 67-year-old entrepreneur behind Solar Industries, one of the leading manufacturers of explosives and detonators. Little did he know when he started his entrepreneurial journey in 1970 that his company would go on to get a license from the government to make explosives for India’s Armed Forces.

“I belong to a small village in Rajasthan. I dropped out of school when I was in Class 10 to find my luck in business. But, at that time, I was too innocent to understand that business can be gruelling at times. I tried my hand at many things, including a leasing business and a transport company but everything failed,” he recalls.

Satyanarayan then moved to Nagpur to work with a relative. He could not afford to rent a place of his own, and so spent the initial few nights in the big city sleeping in the railway station.

Not one to be deterred, Satyanarayan worked hard, and finally got a license to trade explosives, and a warehouse to store them, paying a monthly fee of Rs 1,000 rupees to the license holder. The entrepreneur spent several years supplying explosives to the state-owned coal mines and as a consignment agent for Imperial Chemicals Industry. Yet, things were rough, and money was tight.

By the mid-1990s, the competition had picked up as several companies had come in as consignment agents. With margins getting squeezed, and his wife mortgaging her jewellery to raise funds to survive, Satyanarayan decided it was time to go beyond trading and start manufacturing explosives.

In 1995, his modest efforts to found Solar Industries in Nagpur were realised, first as an explosives trading business and, a year later, a manufacturer of the same from a small plant. To set up the unit, Satyanarayan invested capital of Rs 1 crore.

Today, the company has 25 manufacturing plants in eight states in India, and four in overseas locations. The company offers its products to over 50 countries across the globe. It has manufacturing facilities at Zambia, Nigeria, Turkey, and units in South Africa, Ghana, Australia, and Tanzania are coming up.

Inder Jaisinghani was only 15 when his father Thakurdas Jaisinghani passed away. It was 1968, and his mother asked Inder to quit his studies to take over the family business  that was started by his father.

The Jaisinghani family, who are Sindhis, ran Sind Electric Stores, a small hardware and electrical store in Mumbai, which sold fans, lights, switches, and wires.

Fortunately for young Inder, he was not alone when he took over the business. His older brothers Girdhari and Ajay, and his younger brother Ramesh teamed up to scale up the family business and take their father’s legacy forward.

“As Sindhis, we always wanted to be entrepreneurs and build our family’s name. We decided to set the foundation of a robust and dynamic business, and leverage the strengths of our family members,” Inder tells SMBStory.

Initially, Inder and his brothers ran the store and experimented with making wires and cables in Mumbai. But their real success story began in 1983 when they started a firm named Polycab to manufacture electrical goods at a large scale in Gujarat. It was registered as an industrial unit by the Directorate of Industries, Government of Gujarat.

Polycab’s initial years were rife with struggle and sacrifices as the brothers built the business organically.

First, they set up a factory at Halol in Gujarat for manufacturing and processing PVC insulated wires and cables as well as copper, bare copper, and aluminium wire.

Inder and his brothers’ mantra was “money makes money”. They ploughed back a major share of profits into Polycab. They kept some in reserves and invested the rest.

Inder was happy with the concept in theory, but in reality, things were difficult. The capital was a huge challenge in Polycab’s early days.

“Resources were scarce, but we believed in the adage, ‘where there’s a will, there’s a way’. We kept setting difficult targets and stretched ourselves. We felt this perseverance would eventually lead to things opening up and Polycab growing bigger,” Inder says.

In 2009, the company diversified into the Engineering, Procurement and Construction (EPC) business, which includes the design, engineering, supply, execution and commissioning of power distribution and rural electrification projects.

“Then, as our reputation as a brand with high-quality products grew, we realised there was a gap in the market for premium quality consumer electrical products. Our traders and dealers also echoed this need. In 2014, we decided to go ahead and start manufacturing electric fans, LED lights, switches and switchgears, conduits, solar products, and other electrical accessories,” Inder says.

Today, Polycab prides itself with having 25 manufacturing facilities, including its joint ventures with LED products maker Techno Electromech and commodity trading company Trafigura, located across Gujarat, Maharashtra, Uttarakhand and Daman and Diu. The company’s distribution network in India comprises over 3,450 authorised dealers and distributors, and 29 warehouses that supply to over 1,25,000 retail outlets in India.

In 2019, Polycab listed itself in the National Stock Exchange. It clocks an annual turnover of Rs 7,985 crore.

In 1981, Vamanrai Parekh and Sharad Parekh decided to step out of the family business of manufacturing buttons and delve into making plastics, which was gaining prominence in the market.

At the time, the brothers had no inkling that their small business would churn big profits, becoming a household name for everyday needs.

In an interaction with SMBStory, Mihir Parekh, the third-generation entrepreneur and current Executive Director of Nilkmal Limited, takes us through the business journey and talks about how the company withstood the changing times by constantly innovating, based on market trends.

While Vamanrai and Sharad were running the plastic household items business, they thoroughly researched the market to expand further. One day, while passing Worli Dairy, the duo saw wooden crates being used to carry the milk bottles.

However, the brothers realised that plastic crates would be easier to handle, more durable, and cheaper.

“Around 1,000 crates were being used in one dairy, and my grandfather and his brother saw a huge opportunity in the material handling segment. Hence, in the mid-80s, they started manufacturing crates by setting up another unit in Andheri, Mumbai, and entered the B2B segment,” Mihir tells SMBStory.

In the late 80s, Indian consumers were using wooden or metal chairs, and plastic furniture was not in much demand. Vamanrai and Sharad placed an order for the chair mould in Germany, and decided to manufacture plastic chairs in India. Hence began Nilkamal’s furniture manufacturing vertical.

Expanding the business and diversifying into other verticals requires large amounts of funds. Being a bootstrapped company that poured its profits back into the business, the brothers realised going public would help. However, the economic situation in the early 90s was not favourable.

“My grandfather thought that going public is the best way to increase business capacity and gain consumer trust. However, in 1991, when he planned to get listed, the Gulf War broke out. Oil prices were skyrocketing, and India had a trade deficit. Still, they went public and received an overwhelming response — our shares were oversubscribed 6.5 times,” says Mihir.

Winston Churchill once famously said, “Success is walking from failure to failure with no loss of enthusiasm.” The story of Shalimar Paints is inspiring because it survived not just one but two major fire incidents, only to emerge victorious.

The fire breakout at the manufacturing plants of the company hit the headlines in 2014 when its Howrah plant reduced to ashes. And in no less than two years, the heart-wrenching incident happened again in 2016 at its Nasik plant.

“It was a tough time for all of us at the company. The damage was huge, not once, but twice. While we were recovering from the first accident, the second one gave us a downturn,” says Minal Srivastava, Vice President-Strategy, Growth and Marketing at Shalimar Paints to SMBStory.

Shalimar Paints is one of the oldest Indian paint manufacturing brands founded during the pre-independence era in 1902 by AN Turner and AC Wright in Howrah, West Bengal.

In 1928, Pinchin Johnson & Associates of UK bought control from these British entrepreneurs, after which in 1963, Morisson & Co. stepped in as the new management. There’s a long history of Shalimar Paints acquisition to British entrepreneurs. However, in 1989, the company was acquired by the O.P. Jindal Group and the Hong-Kong-based S.S. Jhunjhnuwala Group.

Some of India’s notable buildings and structures such as the Howrah Bridge, Rashtrapati Bhawan, Salt Lake Stadium, All India Institute of Medical Sciences (AIIMS), and many others, continue to be painted with Shalimar Paints. The company has diversified into industrial, as well as decorative categories, recently.

“Our production was already suspended in the Howrah plant after it caught fire. We were not able to meet demands. We were gradually recovering when, unfortunately, the second incident happened. We were at a breaking point. But still, thanks to the ‘trust’ that people had on us, we came through it,” says Minal.

Being a trusted brand name, Shalimar Paints never disappointed in serving its customers, and perhaps that is why despite facing the toughest of tough circumstances, the company managed to keep the business running.

Shalimar Paints made a strong come back again and recorded a turnover of Rs 367.3 crore in FY 2019. The company has 30+ depots and serves more than 5,000 dealers across India. For greater distribution efficiency and improved customer service, Shalimar Paints has distribution centres catering to the length and breadth of the country. Shalimar Paints was converted into a public limited company in 1961.

“In those days, textile was becoming the pioneer of industrialisation in India. We saw a business opportunity as this industry was becoming increasingly crucial to the country’s industrial output, employment generation, and export earnings,” says Dhirajlal Shah, Chairman of Shahlon Silks, in an interaction with SMBStory.

But the dream of becoming a success in the textile industry was not achieved overnight. The brothers toiled for 16 years with 12 conventional power looms, gradually adding 282 water jet looms to their arsenal.

In 2000, Shahlon formed a partnership with Reliance Industries for synthetic yarn, a move that would give the three brothers their big break. Over the next 10 years, Shahlon expanded its production capacity by installing 100 water jet looms, and by incorporating wind energy in its manufacturing process.

“Post 2011, we saw tremendous growth with yarn dyeing, and further expanded our capacities. We had become a fully-integrated textiles enterprise, engaged in all types of fabrics and yarn manufacturing and sales,” Dhirajlal says.

At present, Shahlon is a leading textiles enterprise in India and went public in June 2019. It clocks a turnover of Rs 382 crore and has a workforce of over 2200 employees.