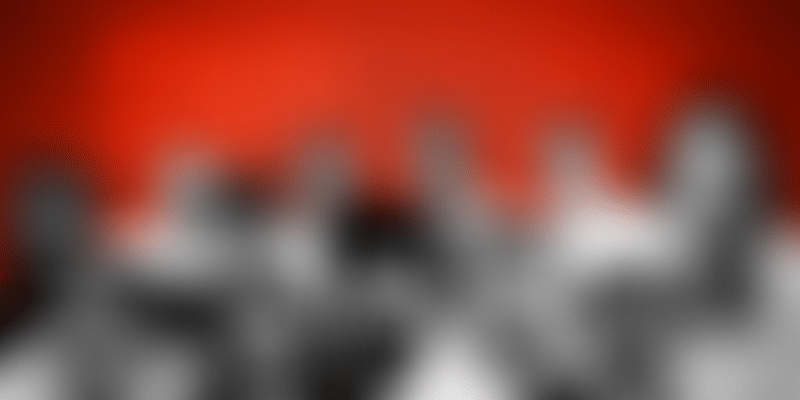 SMBStory picks up successful Indian brands that took roots in Punjab and are now ruling the SMB space in different sectors.

Although the number of startups emerging from Punjab are less, it has clearly emerged as one of the manufacturing hubs in India with the top quality of craftsmanship and manufacturing facilities. In addition, Punjab is home to more than two lakh MSMEs with several industries in the garment and footwear sectors.

SMBStory picks up some successful Indian brands with roots in Punjab.

You must have heard of entrepreneurs who have used wealth from previous endeavours to build a successful new venture. And also about those entrepreneurs who inherited their traditional family businesses and transformed them into something new.

Forty-eight-year-old Nalin Tayal from Ludhiana, Punjab, is one such entrepreneur, who, after completing his studies and working as a financial consultant for five years, went on to establish his own financial consultancy firm GATS India Ltd in 1999.

He says, “I started with nothing. I cannot forget the day when I asked my wife for Rs 100 to fill petrol in my scooter.”

He says, “Before taking a leap into entrepreneurship, I knew that the future could be uncertain.” It was scary, he adds. But, as they say, self-confidence is your biggest business asset, and Nalin was certain that he could start his business with just his knowledge and skills. GATS, which started by providing consultancy services for valuation, debt management, and auditing to banks and insurance companies has gone onto becoming a behemoth based out of Ludhiana. The company has reported a turnover of Rs 400 crore, and has expanded to offer services like banking, forex, tours & travels, and digital payments.

In 1912, long before India's Independence and the Partition, a small tent in Amritsar, Punjab, started selling Punjabi food to the locals. Started by a man from Sialkot, Pakistan, the Punjabi food tent became popular over time and withstood the economic churn caused by the Indo-Pakistani Wars of 1965 and 1971, and another conflict in 1984.

Today, it stands strong as full-fledged restaurant loved by locals: Bharawan Da Dhaba. Subhash Vij (63), the owner, says, "My grandfather started the dhaba in a tent when he came to settle in the border town of Amritsar. I joined my father in running the business in 1975 after completing my graduation, and have not looked back since."

Bharawan Da Dhaba's unique Punjabi food and strong credibility has placed it on the itinerary of every tourist who comes to Amritsar. And the restaurant's 106-year legacy won't go away any time soon -Subhash’s son has joined him in the business, and together, they are running three branches in the city. With the mantle passing down through generations, Bharawan Da Dhaba is set to retain its must-visit status for the foreseeable future.

Rishu Gandhi was working with Infosys in 2015 when a lunch-time discussion with a colleague changed her life path. The 29-year-old entrepreneur is an IT professional, but a grievance of a mother about her child developing rashes through wipes made Rishu change her career.

In 2016, Rishu launched Mother Sparsh, a bootstrapped company, in Mohali, Punjab, and put forth her first offering: one of India’s first eco-friendly, 98 percent water-based wipes that are biodegradable. The zero-polyester wipes claim to offer the purest and most gentle care to babies.

The products, at present, get manufactured in a third-party manufacturing unit in Ludhiana, and raw materials like the fabric for the wipes are sourced from Gujarat and other places.

After completing his engineering, Ludhiana-based Rahul Ahuja joined his father’s business in 1993. But the second-generation entrepreneur says that from the beginning, he wanted to carve a niche for himself in the business. Rahul’s father Rajnish Ahuja had started Rajnish Industries in 1968 in Punjab. The company manufactures components for the diesel injection system.

Rajnish Industries had two manufacturing units in Ludhiana, and Rahul was given independent charge of one of the units.

Rahul says, while working at his father’s company, he came across an article which read, “Out of the many businesses, JRD Tata adored Air India the most. Because he had built it and not inherited it”. “That statement inspired me to start something on my own. Something which I could proudly call my prodigy,” says Rahul.

If you live in North or East India, you probably own a Monte Carlo jacket, sweater, or a cardigan. If not, you would have seen its outlets or winter wear products when you are out shopping. Its winter wear products are sold at thousands of stores in states such as Punjab, Uttar Pradesh, Bihar, Haryana, and more.

Its legacy and ancestry, which traces back to post-Independent India, is not known to many. Its incredible story started from Ludhiana in Punjab, a city which boasts of a vibrant textile industry. Monte Carlo’s history in Ludhiana started with Oswal Woolen Mills, which was set up post-Independence in 1949. The mill started bringing the woollen industry stakeholders together to form a more organised approach of manufacturing and selling. It eventually became one of the largest producers of woollen yarns in India.

Last year, Monte Carlo recorded a turnover of Rs 580 crore and registered a revenue growth of around 11 percent, compared to the previous year, company information said. Its net profit for the period also rose sharply by about 35 percent, touching around Rs 59 crore.

A commerce graduate, Darshan Singh, set up Josh Tractors in 2016 despite none of his brothers supporting him. “Tere mein josh aaya hua hai (this is just a passing passion), you will lose,” he was told. His family was into manufacturing fasteners, nuts, and bolts. After the business was divided among the four brothers, Darshan Singh set up a facility with an investment of Rs 50 crore in a place called Sahnewal which is 15 km from Ludhiana in Punjab.

His business recorded a turnover of Rs 60 crore, and he claims they are EBITDA positive.

The business is competing with tractor manufacturing giants in India such as Mahindra and Eicher.

In 1937, S Pal Singh came to Ludhiana from Lahore (now in Pakistan) with grit, determination, and Rs 100 in his pocket. During his initial struggle, he could think of only one thing to make his ends meet — making papad.

In an interaction with SMBStory, S Amanpreet Singh, grandson of S Pal Singh, shares the 82-year-long journey of the business that has stood the test of time and became a much sought-after brand, GRD Papad.

He says, “My grandfather started the business single-handedly without any support. He just had Rs 100 and papad-making requires intensive labour. But he didn’t lose hope. He started manufacturing papad himself. At that time, there were no machines. From kneading the dough and blending spices to rolling out, everything was done manually, and he did it all by himself.”

Having been around for over 80 years, Amritsarian Di Hatti now boasts of 14 SKUs including papad, wadi, mangodi, rice fryums, soya chaap, and more.

Today, GRD Papad controls 80 percent of the Punjab-Amritsari papad market, Amanpreet claims, and the company records an annual turnover of about Rs 5 crore.

In a family of 40 doctors, Ludhiana-based Neeraj Satija, Director of Hallmark Pharmaceuticals, is the only person who did not pursue the medical profession. He says, "My grandfather, father, and relatives are all doctors. But the profession never really attracted me."

In 2005, Neeraj joined his father in running his pharmaceutical manufacturing firm, Haryana Formulations, which his father had set up in 1980 in Faridabad, Haryana.

Within a year, the father-son duo launched another pharmaceutical firm called Hallmark Formulations in Ludhiana, Punjab. The company, with its state-of-the-art five lakh sqft plant, manufactures around 400 products, ranging from antibiotics, oncology, and cardiology drugs to injectables, protein powder, and skin-care products.

The approved suppliers to hospitals like Max, Fortis, Vedanta, and many state-run hospitals in Ludhiana, Hallmark and Haryana Formulations are currently clocking a turnover of Rs 75 crore.

Hailing from a family that has been into manufacturing and export for over three decades and has rich experience in dealing with premium international brands like Hugo Boss, Zara, and others, Tabby Bhatia in 2015 launched two brands, Bareskin and Brune, under the company Voganow Fashion Pvt Ltd. The brands offer high-end leather products including jackets, bags, shoes, and accessories at affordable prices.

Voganow Fashions imports leather tanned with vegetable dyes from Italy and the Middle East. It has a manufacturing unit in Jalandhar, which employees 30 people, and a warehouse facility in New Delhi.

In a span of just four years, the company has clocked Rs 8 crore turnover annually. In addition, an impressive line of celebrities, including cricketers Shikhar Dhawan and Rohit Sharma, and Bollywood actors Ranveer Singh, Ayushmann Khurrana and Ajay Devgn, has been sporting Bareskin and Brune products.

India has seen a shift in its traditional food habits, and is getting more influenced by western culture. Additionally, more Indians are changing their breakfast patterns with items like bread and jam becoming an integral part of their menu in modern times.

Influenced by this, Bonn Group was set up in 1985 by Manjit Singh. The company, which occupies a huge market share in North India, is one of the major players responsible for bringing high-quality white and sandwich bread to Indian households. 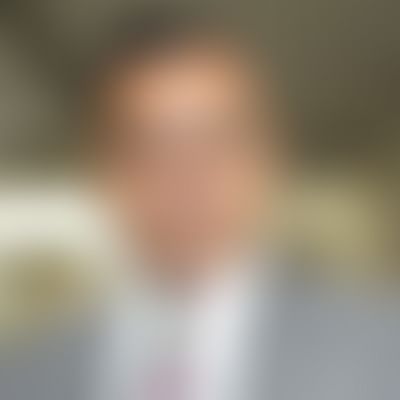 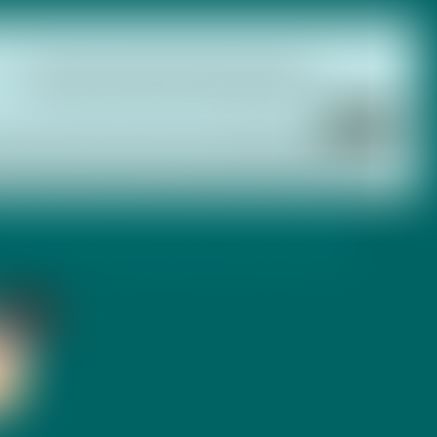