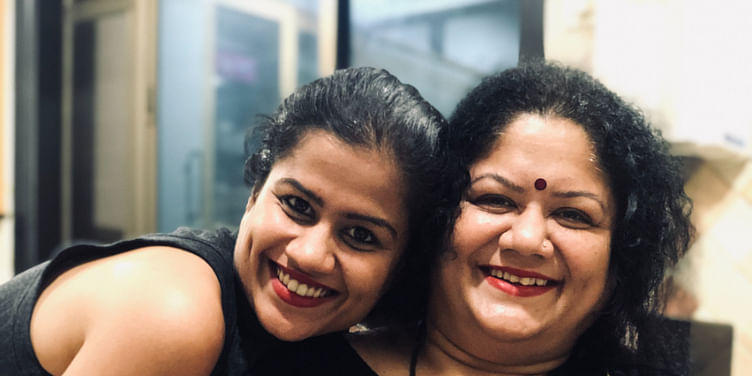 Indian food has everything — sugar, spice, and everything nice. But across the country, spices have a special place, be it in savoury dishes or even desserts. In fact, spices can sometimes make or break a dish.

Additionally, India not only consumes large volumes of spices but also exports them to other countries. According to India Brand and Equity Foundation (IBEF), India exported spices worth $3.65 billion in FY20.

While the market is largely dominated by the likes Mahashian Di Hatti (MDH), Suhana Spices, and Everest Spices, several smaller players are also making inroads into this segment.

One of these companies is Mumbai-based ﻿Masala Tokri﻿, run by mother-daughter duo, Urmila and Aarti Samant.

According to Aarti, Urmila was always a passionate cook. But, in 2016, she decided to take a formal course in the art of making spices, turning her hobby into a profession.

Arti tells SMBStory that her mother started by sharing a few mixes with friends and family, and gradually formed WhatsApp groups where she would receive orders for her masalas from different customers.

By 2018, the venture had expanded. Urmila was packing masalas and exporting them to customers in the UK, Singapore, Dubai, and the UAE. Soon, Aarti realised it was no longer possible for one person to do everything and decided to step in.

Together, they launched Masala Tokri in February 2019 as  a premium-gourmet masala company.

Aarti says that the spice market is majorly dominated by men, especially in the distribution and vending space, and this was one of the biggest impediments the two had to deal with.

She also shares that the duo was duped by several distributors. But they navigated through these challenges by following an assertive approach and representing her brand with confidence.

Another challenge was raising capital. While Urmila and Aarti pumped in Rs 50,000 each to launch the business, things didn’t take off immediately.

So, they had to work harder to earn revenue. While Urmila continued to focus on the products, Aarti would freelance as a consultant and use her earnings into growing the business.

Getting the right blend

The masalas are carefully curated by Urmila. Aarti says that their background of running a family business of masala chakkis helped them connect to premium raw material vendors from across the country.

The spices are roasted in a machine that was created by Aarti’s grandfather, and then pounded manually, at its four units in Dombivali, Mumbai.

Explains why hand-pounding is a significant step in making the spices, Aarti says, “We hand pound our masalas to ensure that they are not too powdery.”

Hand-pounding gives the products a much better texture — not too powdery or too coarse — and helps retain the authentic flavour. Masala Tokri claims that all its spices have zero chemicals and preservatives, and have a shelf life of one year.

The company’s most popular offerings include the Goan Fish Curry Masala, Malvani Meat Masala, and Pindi Chole Masala — all of which have regional nuances.

Saying that surviving in the Indian spice market will not be an easy job, Aarti explains “When I did my initial research, I realised that 90 percent of the market is dominated by MDH, Suhana, and Everest. So, I can’t compete with the giants.”

But the entrepreneur is confident in the business because Masala Tokri wants to be a premium brand. Its spices are priced between Rs 65-125 online and Rs 55-175 offline.

Sensing an opportunity in the middle of a pandemic

Masala Tokri has been selling through online channels such as IndiLux, Qtrove, LBB, and Amazon.

But the coronavirus pandemic forced them to change gears. “When the lockdown was announced, I was really scared. When we saw the market, there was no supply. That’s when my mother and I were desperate to see our products on the shelves of offline stores,” she explains.

Eventually, Masala Tokri started selling through offline stores like Haiko, Dorabjee’s, Gourmet Grocers, and several others across Mumbai and Pune.

The company now plans to expand to the spice market of Gujarat. Aarti also adds that the demand for its spices (especially the exotic varieties) has increased because the pandemic gave people the opportunity to try new things.

Although the spices are the core of the business, Masala Tokri is looking to diversify across categories such as sugar, flour, black salt, etc.

Aarti shares that the brand has closed deals with two partners in Pune and Mumbai respectively, each of which will help it close revenues worth Rs 60 lakh and Rs 50 lakh. By the next financial year, Masala Tokri aims to reach Rs 1 crore turnover.