60 years on, how this Kolkata-based legacy business continues to spice up Indian and global markets 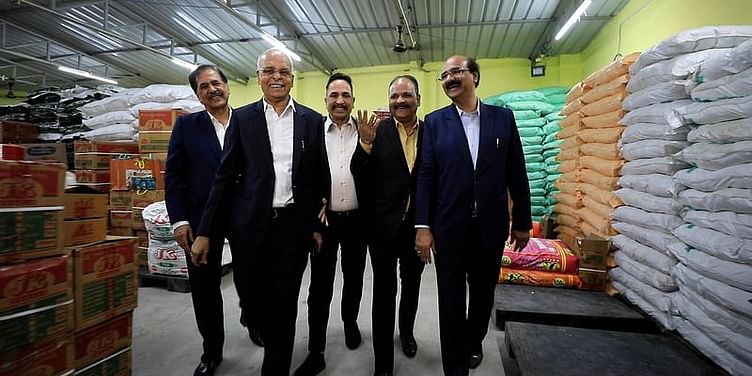 JK Masale was launched in 1957 by spice trader Dhannalal Jain. Today, the brand offers over 65 products available across 155 SKUs, and also exports to over nine countries including Thailand, Indonesia, Vietnam, and the UK.

India is often called the ‘land of spices,’ and rightly so. According to a report by research platform Statista, India is one of the largest producers of spices in the world. The country produces about 75 varieties of spices out of the 109 listed by the International Organisation for Standardisation.

Indian spices, especially the likes of black pepper, turmeric, cloves, etc, have found eager takers in the global market. According to a report by IBEF, between April 2020 and February 2021, India exported spices worth $3.55 billion.

While India houses several spice brands, SMBStory traced the story of a Kolkata-based spice manufacturing company whose history dates back to the 1950s.

Shri Dhannalal Jain had been working as a labour in Kolkata and had dreams of making it big in the city. While he used to load and unload goods from vans and trucks, he dreamt of doing something better and bigger.

Gradually, Dhannalal entered the small-time business of trading spices, which he would buy from different parts of the country and sell to shopkeepers in Kolkata’s Amartolla Street. When he realised that there was immense scope and opportunity in this segment, he decided to launch a business in 1957.

From trading, Dhannalal gradually shifted to manufacturing. He set up a unit in Kolkata in 1985 and went on to build four more units in Kolkata, Rajasthan, and Unjha (Gujarat) in the subsequent years.

Dhannalal earned a name in Kolkata, especially for supplying cumin (jeera), shares his grandson and currently the company’s Chief Marketing Director, Vijay Jain. This led Dhannalal to be called the ‘Jeera King’ or JK. Taking a queue from this, Dhannalal named the company ﻿JK Masale﻿.

Vijay says that over the years, the market has changed by leaps and bounds.

“Initially, everything was managed by Dhannalal – from creating policies within the company to handling employees,” he shares.

Today, members of the family involved in the business have assumed greater roles and responsibilities. From Dhannalal’s stand-alone spirit, the business has shifted to being run through delegated roles.

He says that while each generation has to face a different set of challenges to take the business forward, but it is the new generation that is responsible for bringing in “fresh ideas and innovation.”

He gives an example to further elaborate. While the second generation, consisting of his father and uncle, introduced 1 kg packets of spices, the third generation thought differently.

“When I came in, I had a different take on the packaging. The market was becoming increasingly demanding. So I wanted to cover a larger part by introducing smaller quantities like 50, 100 and 200 grams,” Vijay says, adding that it was tough to convince his family but eventually, they gave in. This move helped in grabbing a larger share of the market.

Vijay also says that in the initial years, the seller had more power in terms of deciding prices. Today, with so many options in the market, the power of pricing lies in the buyer’s hand.

The company offers over 65 products available across 155 SKUs. These products are present in different quantities, starting from one gram and going up to one kilogram. The spices are priced between Rs 50 and Rs 2,000.

Over the years, JK Masale has managed to stay relevant in a market dominated by the likes of Mahashian Di Hatti (MDH), Suhana Spices, and Everest Spices.

Vijay shares one of the most important aspects of running a business is to “grow with the times.” For example, the company started importing Super Sortex machines from Europe in 2006. These machines help in enhancing the quality of seeds. Vijay says, they used the Sortex machines to bifurcate the quality of the poppy seeds, or ‘posto’ as they are popularly known in West Bengal.

“It detects the quality of the seeds within a minute,” he quips.

Other aspects that helped the business include diversification and customisation. The company innovated in its packaging by introducing spices in glass and plastic jars, pouches etc.

Vijay also adds that while expanding to the northern and western parts of the country was easy, it took some time to expand in south India. They had to lean on customisation to conquer the south Indian market.

He says, “For instance, we started writing the text in local languages like Telugu, Tamil, etc on the packaging.”

This strategy worked and Vijay says that today, Bengaluru is one of the largest markets of JK Masale in India.

The business has also grown from Kolkata and now exports to more than nine countries, including Thailand, Indonesia, Vietnam, UK, Bhutan, etc.

Dealing with the first and second waves

Just when India thought it had won the battle over the first wave of coronavirus, the second wave hit the country with unprecedented ferocity. Vijay says that March 2020 was an “extremely challenging time” for the company, but they mitigated the crisis by launching the brand online through its own website and on ecommerce platforms like Amazon.

It also launched new products such as cassia powder, black salt, and a few more last year. These efforts paid off as the company, whose sales were down by 20 percent last year, reported a 30 percent increase in its sales this year, in April and mid-May.

Going forward, JK Masale plans to penetrate into the Middle East and European markets and continue to diversify its existing product line by introducing several immunity-based food and spice products.