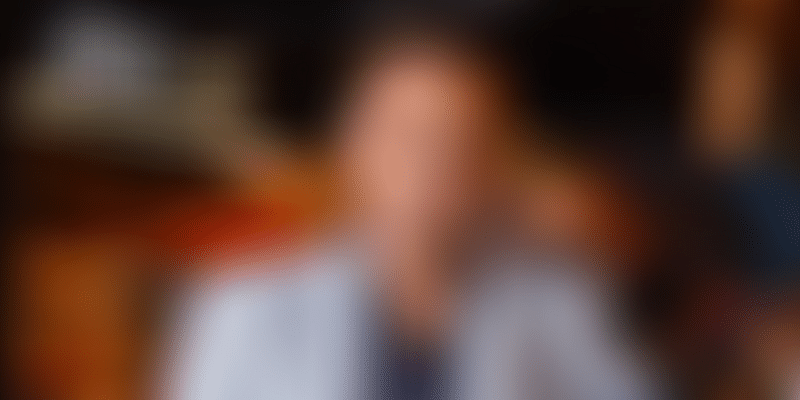 When it comes to enjoying the nightlife, people often think about places like Mumbai, Delhi, Bengaluru or Goa. These cities have set ‘high standards’ among people when it comes to the saying- ‘work hard-party harder’. But, this was not the case with Kolkata a few years ago until the hospitality segment churned the best out of ‘the city of joy’.

White Castle Hospitality Pvt Ltd. is one such group which spearheaded to give Kolkata its much-needed nightlife and fine dining spots. The company was founded by Aditya Mehta and Varun Mimani in the year 2014 with a capital of Rs 5 crore and is a bootstrapped company.

Starting from MBar Kitchen, a place where one would get the nightlife experience, White Castle Hospitality Pvt Ltd has spread its wings to fine dining, online pizza delivery, and an all-day quirky cafe generating an annual turnover of Rs 30 crore.

Coming from a business background of manufacturing construction equipment, Aditya says that his passion for partying transformed into his work. The idea behind MBar kitchen lies in his bemoaning the dearth of good party options (especially on his birthday eve) in Kolkata. People in Kolkata used to sit at home and enjoy their evening just because there were no good places where they could go. He and Varun then decided to open their own nightclub where people can relish their evening away from home in a glitterati ambience.

We wanted to open a place where people can chill out and have a WOW experience. Back then in Kolkata, there were no places where people could drink and party. Most of them were either road facing, or in open, and none in a bigger complex. It took us almost eight months to find such a place to open MBar,” says Aditya.

Initial days with MBar were a struggle, Aditya says, explaining how they managed to keep up with their business without deviating from their path. MBar was bringing losses, we had to pour in Rs 10 lakhs to Rs 15 lakhs every month without any gain. There was also a time when they both decided to wrap up and continue working in their family businesses.

Aditya says, “We were almost at the verge of wrapping up but then we thought how hard can it be. We belong to a business family and being entrepreneurs we shouldn’t accept failure so soon.” That was the thought and after a span of six-seven months, MBar started gaining prominence among the youth of Kolkata.

MBar is a place to wine, dine, and unwind. Aditya recalls that two years ago they had a Sunburn Arena show where MBar hosted an after-party for Martin Garixx who is the world’s top DJ. He came to the party to chill and eat but he loved the vibe so much that he came on the console and started playing himself for an hour.

Inspired by the lighting theme of a club in New York, and interiors from a hotel in Bali, Aditya says his spots are a blend of places from across the world.

The beginning of Ozora

After tasting sweet success from MBar, two years later, the duo started a fine-dining restaurant ‘Ozora’ which offers a luxurious dining experience without any formalities. It is one of the first sky bars in Kolkata located on the 20th floor of the Acropolis building, offering a panoramic view of the city and an infinity pool. Aditya says,

Earlier luxury was uptight. People were really uptight with their behaviour, dressing style, and, of course, on their pocket. We wanted to redefine the luxury experience for our guests.”

The whole aim is to offer a classic experience in a more relaxed way with fusion dishes on the menu, says Aditya, explaining the differentiation from other fine dining places.

Innovation is a mantra for success

These places under White Castle company have revived Kolkata’s casual, fine-dining, and nightlife experiences in a short span of time. But, as for smooth sailing, you never have to give up; Aditya says that to thrive in a cut-throat competitive world, one has to be on their toes and innovate.

“Change before customers start expecting a change is a challenge and we at White Castle always hustle to bring innovation. It is all about the customers’ experience and if we fail to let them distinguish between which place to go and which not, survival will be difficult,” he adds.

In the process of expansion, they started a pizza delivery platform, Mr Mozza in 2018. The brand came to solve the midnight cravings of the people of Kolkata. Mr Mozza’s USP is its pizza box which has a unique design that keeps the pizza hot and crisp during delivery. The box has also become a fun-thing in Kolkata because of the funky colours and graphics used on it.

The idea behind MBar Kitchen was just to open a warm space providing the best of entertainment, hospitality, and good drinks in a setting one could call their own. Ozora, on the other hand, exudes an aura of class and fine-dining with a sky deck that’s one of a kind in the city, where one can enjoy a quiet dinner with family and loved ones. Mr Mozza is simple, it’s tasty pizza with a health quotient made with fresh ingredients available in the comfort of your home.”

After opening three ventures in a short span of four years, Aditya was keen to innovate something else and wanted to try his hands on an all-day outlet with a quirky theme. But as there were already all-day outlets in the city, he did not want to join the crowd.

He says, “There were many all-day outlets in the city and opening just another outlet was of no use. To survive the competition, we had to do something innovative. Thus, we thought of opening ‘Parking lot’ bar where people have to pay a parking charge and for drinks priced almost at MRP, thereby eating the food at the cost of time spent inside the premises.”

The parking lot bar was opened in 2018 where the guests pay according to the time spent within the premises. The cafe provides a special band to its customers which records the orders and time spent inside the place. The band also helps in splitting the bill when in a large group as it records individual orders placed and generates separate bills.

The founder says that to thrive in the F&B segment one should be focused on their target customers. In this field, people often lose control over their target guests resulting in failure. One must stick to their plan and know what they are doing.

The primary agenda of the founders now is to expand out of Kolkata and open various quirky outlets in Gurugram, Hyderabad, Pune, and Jaipur in the near future.