Kwality Foods is headquartered in Chamrajpet, Bengaluru, and was started in 1998 by Naresh Pagariya, who took over his father's provision store.

Indian cuisine is famous for its rich taste, derived from its wide variety of spices. But the traditional method of using spices is time-consuming.

It involved grinding and mixing the spices in the right proportions to make different masalas. And the next step was adding them to the food at different stages of cooking.

Nowadays, the trend is instant masalas and mixes. For the most part, these premade spice mixes allow people to skip grinding and mixing.

Large players such as MDH, MTR and Everest have all succeeded in this sector and become household names.

A lesser-known story is that of Kwality Foods, a Rs 40 crore turnover, family-run masala brand from Bengaluru.

Where it all started

The story began in the late 1960s, when Bhawarlalji Pagariya left Sojat in Rajasthan and made his way down south to Bengaluru.

He started a small kirana (provision) store for masalas in the city and ran it for 30 years.

Over the years, his son Naresh watched his father do business. One day, he told his father that manufacturing masalas would be better than trading.

“While I was still studying, we started making four types of masalas in that small shop,” Naresh tells SMBStory.

“And after completing my studies, I took upon myself the mantle of running the manufacturing business,” he adds.

Naresh wanted to make more spices, but he needed a bigger space. In 1998, he moved from the small shop to a 300 square feet facility on Magadi Road.

He named the business Pagariya Foods, and the brand Kwality Foods. Not to be confused with dairy processor and handler Kwality Ltd, Naresh’s business then added more masalas to its catalogue.

“Eight new products were added and we started selling beyond Bengaluru. Nearby towns like Tumakuru and Anantapur became our markets,” Naresh says.

In the next one year, Naresh opened another manufacturing unit five times bigger than the previous one.

“The company started with masalas as we had seen the need for nutritious and affordable products. We were closely watching other brands,” he says.

Once Kwality moved to the large space in Rajajinagar, Naresh noticed a cereal brand had launched a breakfast cereal product. Being relatively uncommon at the time, Naresh felt that if the same cereals were packed nicely and sold at affordable rates, they would work better.

This prompted Kwality to leverage its existing manufacturing capabilities and start its own range of cereals. Naresh says they became an instant hit in 2002.

“Our markets quickly expanded to all regions in South India. My nephew Dheeraj Jain then joined the business to handle sales and marketing,” he says.

And from 2006 onward, Naresh and his business focussed on building four channels for selling, namely, general trade, modern trade, ecommerce, and exports.

Naresh explains, “In general trade, we have over 450 distributors across South India and West India with over 35,000 domestic retailers. In modern trade, the company supplies to most of the modern chains including Dmart, Big Bazaar, Metro cash and carry, Reliance, More (Aditya Birla Group), Walmart, etc.”

Kwality also sells its masalas and cereals on Amazon India, Flipkart, and Bigbasket. It exports to over 20 countries, Naresh says, adding that Kwality products are available in over 5,000 international outlets.

Kwality Foods is now headquartered in Chamrajpet, Bengaluru, and has a two-acre manufacturing unit in Harohalli.

It is this local manufacturing that Naresh attributes as one of the reasons for success.

“With the revolutionary change of making things in India, our selling point was that we are made in India. Further, we don’t add any artificial colours/flavours or preservatives to the products,” Naresh says.

As the major bulk of consumption of breakfast cereals happens in tier I and tier II cities, Kwality’s focus remains there. According to Naresh, long working hours and the increased share of working women are some of the reasons behind this consumption pattern.

“Further, affluent consumers can be acquired from all modern trade and A-class outlets. They are our key market,” Naresh adds.

With the shift towards digital mediums for marketing, Kwality found it lucrative to reach consumers through Facebook, Instagram, and Twitter. It also aims to boost its sales on Amazon.

Reacting to the shift to digital can be a challenge for any brand, but Kwality’s overall brand strategy and response seems to have paid off.

The brand won multiple awards, according to Naresh, who lists the SME Forum Award 2013, Dun & Bradstreet Award for Best Emerging SME, and Best Manufacturing Excellence Award (Food category) at Invest Karnataka Summit as some of the biggest.

Now, Kwality aims to stay ahead of the curve and continue delivering tasty and high quality cereals, masalas and instant mixes. Naresh says, “We will grow faster than the trend, and expand to all metro cities in India. But at the core of the strategy, we will keep in mind our products are healthy, nutritious, and affordable.” 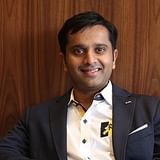 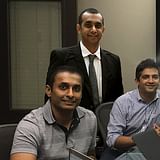 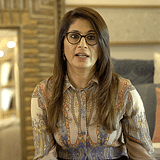 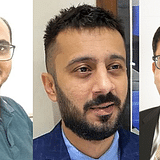