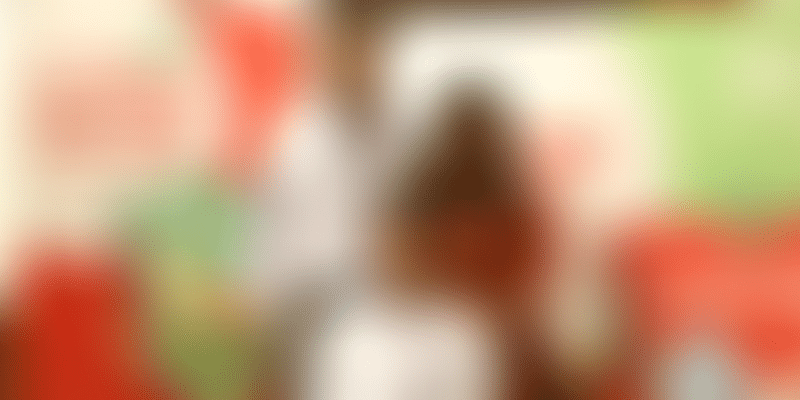 Prashant Parmeswaran-led Soulfull works in sync with major research organisations and government bodies to promote millets as a national smart food. It employs 150 people and clocked a turnover of Rs 11 crore in 2017-18.

People around the world are realising the side effects of eating too much rice or wheat in an unbalanced diet. It has been observed that eating excess amount of rice or wheat may cause obesity and can increase blood sugar levels. It can also affect general gut health for those sensitive to gluten. People these days have become more health conscious and are switching to millets for their carbohydrates requirements reducing rice and wheat intake.

Millets have been quite popular for a long time in India; jowar, ragi, and bajra being the most popular. But our modern and fast lifestyle makes it challenging to include these millets in our daily diet.

Breakfast is supposed to be the healthiest meal of the day which also needs to be really filling. However, in the hustle-bustle of the routine days, we generally grab a bite of any roll or spread butter or jam on two slices of bread. But this is neither nutritious nor filling. When the budding entrepreneur ,Prashant Parmeswaran was working with Data Integrating Systems for some large retail chains in the US, he spotted great potential for healthy breakfast cereals made from millets.

“Prior to 2011, I was spending a few years in the agro-food industry. I was studying consumer trends and saw the rise of ancient millets and grains like quinoa in the western world,” he says.

He adds that he was always interested in functional health foods. There was definitely an opportunity for a modern food company to capture the market with products made from millets.

He decided to take the idea back to where he was originally from: South India. A lot of millets are grown in the region, and Prashant could create a much bigger impact by popularising millets in South Indian cities.

“At this point, I started speaking to the International Crops Research Institute for the Semi-Arid Tropics (ICRISAT), Directorate of Sorghum Research (DSR), and Tamil Nadu Agricultural University (TNAU),” he says.

Prashant found that the millets: sorghum and jowar had several issues, such as a short shelf-life. “I remember going to Dr MNG Malleshi, former Head of Grain Technology, Central Food Technological Research Institute, Mysore, who specialised in ragi,” he says.

The food researcher advised Prashant to try ragi as an option to create healthy breakfast cereals which Prashant says was the most satisfying moment in his research.

“It all changed after that. I started Kottaram Agro Foods in 2011 and decided to sell breakfast cereals made from millets under the brand name ‘Soulfull’, he says.

Prashant and his founding team, comprising Amit Sebastian, COO, and Rasika Iyer, CMO, pooled in around Rs 25 crore to get things up and running. Set up in Bengaluru, A lot of the investment went into starting an in-house R&D laboratory for quick and controlled testing and turn around time of millet products. This was followed by securing raw-material procurement channels and getting the factory ready for production. Soulfull also raised $5.3 million Avishkaar Bharat Fund in its first round of funding in 2018.

“Over a period of three years, success was seen with ragi flakes and instant mixes,” Prashant says. “Our R&D team was confident to scale up and move into other categories. Ragi bites was then launched, followed by muesli and Smoothix, our millet smoothie,” he adds.

A gradual scaling up helped put Prashant’s learnings to practice. Now, Soulfull’s back end is geared to launch new products in a very quick time frame, and this is the business’ USP, according to Prashant, who is CEO and MD at the company.

Soulfull is not your average, run-of-the-mill healthy food brand. It is a Department of Industrial Policy and Promotion-recognised brand which works in sync with major research organisations and government bodies to promote millets as a national smart food.

It also sources ragi directly from farmers in Karnataka. This helps create a constant source of revenue for these rural farmers.

“Millets grow easily in many parts of India and use less resources, such as water,  when compared to many other grains,” Prashant explains. ‘Therefore, it was a win-win situation to ensure that farmers receive sustainability from the growth of our brand by educating consumers and vendors alike.”

In order to connect with new age consumers who are interested in healthy breakfast cereals , Soulfull has focused significantly on digital campaigns. They recently launched Smoothix campaign as its first digital campaign. “This campaign has earned us more than 10 million views and two lakh engagements in just a couple of weeks,” Prashant says proudly.

The campaign used the hashtag #ShakeYourHungerAway as part of a video series highlighting the importance of healthy solutions to hunger. Prashant explains that the campaign was promoted on social media handles, special microsites and across multiple platforms such as news, sports, entertainment and other high affinity genres for audiences. "We have also been active in the influencer space with strong, timely campaigns lifestyle and fitness influencers in the online space,” he says.

Soulfull has also been building an in-house digital team to manage digital campaigns. It has a growing partnership with major ecommerce players such as Amazon, Big Basket, Flipkart and Paytm. “This allows our products to be available in all corners of the country. More systems and processes are being put in place to establish an end-to-end relationship with the consumer in the digital space,” he adds.

The potential for success is big, going by Prashant’s analysis of the market. He says that consumers will only continue to become conscious about the need to eat healthy despite hectic lifestyles.

“According to Euromonitor International, India’s breakfast cereal market is projected to touch Rs 2,610 crore by 2020. The market has been showing great potential, with a steady growth rate of 20 to 25 percent in the past few years,” he says.

But tapping into a growing market cannot be achieved with the same range of products. For Prashant, creating and customising new and healthy breakfast cereals to match changing needs is a huge challenge.

There is a growing number of brands entering the same space, leaving consumers with a variety of options to choose from. “With big players in the sector, the challenge also remains in terms of distribution and ensuring our products are present at the right places for consumers to choose,” he says.

Prashant’s short term goal is to push distribution to around 50,000 stores in two years. He says that product innovations will continue to be on the top priority with new items and flavours as well as entering related food categories.

“With a push from the government and international bodies, the millet movement in India is going to gain momentum. Soulfull wants to be the flag bearer while this happens,” he says.