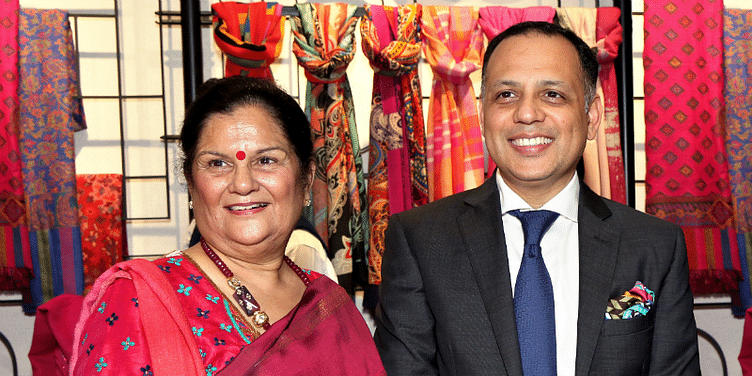 Building Shingora, a leading manufacturer of shawls, was never in the cards for Mridula, but she made it happen with a lot of help and support along the way.

Seventy-year-old Mridula Jain summarised her entire journey of building Shingora, a leading Indian luxury brand of shawls, scarves, and stoles, with these words: "There is something called opportunity. God sends it and you have to grab it. When opportunities fell in my lap, I grabbed them. It has made me who I am today."

What started as a handloom-based enterprise for making shawls in Ludhiana around four decades ago, is now a leading manufacturer and brand in the country for scarves, shawls, and stoles.

Today, Shingora is clocking a turnover of Rs 100 crore, has a pan-India reach with a presence in around 100 retail stores across India, and accounts for nearly 20 percent of the country’s shawl exports.

Mridula decided to pursue an MA in English Literature. Her two sons were born during the time she was pursuing her studies. After completing her degree, she joined a school to work as a teacher. She says, “I always wanted to work. I did not want to be a stay-at-home mom for my sons.”

But, managing both home and work was becoming difficult for Mridula. She then decided to quit her job and chose to tutor kids from home instead, which allowed her to do both -work as well as raise her sons.

For around 10 years, Mridula continued teaching from home before she finally realised that she had bigger aspirations. She had always been interested in fashion and had a passion for colours too. She says, a chance conversation with her nephew, who supplied yarn (fabric) to shawl makers, sparked an idea for making shawls. This was a pursuit she believed would suit her interests as well as her desire to go out of home for work. 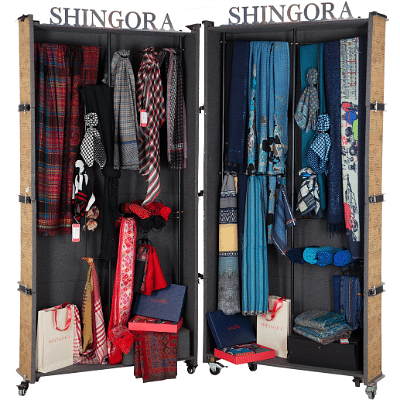 She says, “The idea immediately hit me. I was not happy with the shawls I used to wear. I realised the design patterns in shawls were just limited to two or three.”

Mridula felt the shawl market could pick up pace if shawls are made more fashionable by introducing new designs. She shared the idea with her husband and he was immediately on board to help her in her new journey.

Mridula says, “My husband brought me eight handlooms from one of his acquaintances so that I could start making my own shawls.”

Mridula began making shawls with design patterns called phulkari, an art technique specific to Punjab. She says, “My design patterns were new and immediately caught every buyer’s attention.” She recalls how the first order she received was of Rs 10 lakh.

Over the years, as Mridula continued running her business, she also played a key role in establishing Shawl Club and Wool Association in Ludhiana. She was also sponsored by the government to travel to Europe to study the wool industry and bring best practices home.

She says, “I realised that keeping textiles production reserved to handlooms was hindering our growth. The only way we could grow was by producing in bulk, which was possible only on power looms.”

However, the laws in India then restricted the use of power looms for making textiles. After five-six years of negotiations with the government, Mridula, along with representatives from the Wool Association and Shawl Club, was able to bring a change in the law which permitted the import and use of power looms.

She says, “From that time, not only our business grew but the entire wool industry flourished in India.”

Around 1995-96, Mridula recalls how everything fell into place for her business. The law enabling the use of power looms had been enacted, access to global markets was open, and her son Amit had returned from the US after studying textiles.

Bringing technology to the table

Amit joined his mother in 1996 and was keen on incorporating the latest technology into the business. He says, “I suggested my mother import two machines, each costing Rs 50 lakh, from Germany. I also proposed to buy a $30,000 textile designing software.”

While everyone in the business fraternity, including experts from the government, termed Amit’s suggestions as bizarre, Mridula decided to believe her son and financed his proposals. Since then, the growth trajectory for Shingora has been a J-curve, says Amit.

Amit says, “You cannot be fixated on metro cities. It is important to understand that there is India, and then, there is Bharat. When Bharat’s manufacturing capability is combined with India’s marketing ability, a strong Indian brand comes into the picture, which not only would be a hit in the domestic market but would also be unbeatable in the global market.”

Shingora would not have become a fashion behemoth today had Mridula been risk-averse and refrained from investing in technological advancements. It is important for an entrepreneur to foresee opportunities in challenges and make tough calls when nobody else believes in what you're doing. Mridula has already set a precedent for that.