Coronavirus: Indian SMBs need to focus as the world looks beyond Made in China 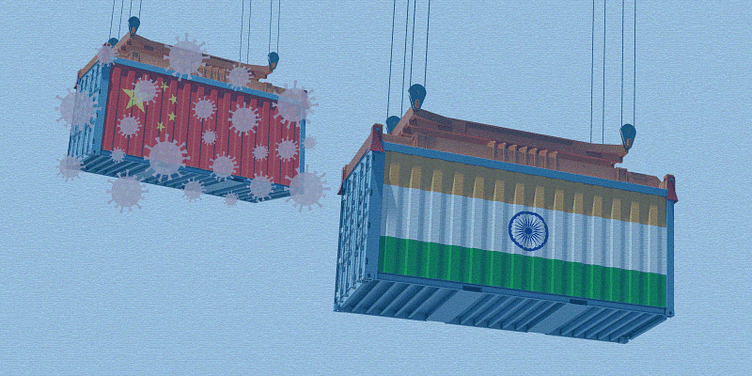 Indian SMBs lost the opportunity to capitalise on the US-China trade war while countries like Taiwan, Indonesia, and Thailand benefited. Is the coronavirus crisis another opportunity knocking on the doors of SMBs in India?

The coronavirus pandemic put China in the spotlight. It has since then also exposed the world to shortages of many healthcare products and amenities as China accounts for nearly 20 percent of the world’s production capacity. In addition, according to the European commission, China is the major supplier of critical raw materials, accounting for 70 percent of their global supply.

The first case, reported in China in December 2019, brought the country to a standstill, which set off a chain reaction across the globe.

The freeze on production in China impacted the Indian economy too as various sectors such as automobiles, pharmaceuticals, and apparel were disrupted as they depend on supply of components from that country.

Despite this gloom, the current environment has a silver lining for the Indian economy, especially for small and medium businesses (SMBs). They have an opportunity to cater to the domestic market and strengthen exports as many economies are now keen to reduce their dependence on China.

Where can India succeed?

The first question that comes to mind is what products can India supply to the world and which products are of better quality than those produced by China.

Milan Thakkar, CEO, Walplast, says, “India can surpass China in textiles and pharmaceuticals.” He is optimistic that the COVID-19 situation can be a "blessing in disguise to overturn a lot of things."

Even though there is a long road to cover before SMBs in India can actually make a global impact, there are suggestions that Indian factories, even at the smaller level, should be backed by favourable government policies.

Sunil Patwari, CEO, Rashmi Rare Earth Limited, says India is the second largest exporter of ductile iron pipes after China. “COVID-19 can work to India's advantage as the cost of production of ductile iron pipes in India is quite low as compared to China. By ramping up manufacturing setups, India can leverage this opportunity," he says.

This situation could also bring out innovation in Indian SMBs.

Rajat Verma, Founder and CEO, ﻿Lohum﻿ Cleantech, says, “We extract cobalt, nickel sulphate, graphite, and manganese sulphate from used batteries, which are used as raw material to produce cells. Domestic manufacturing will help in securing raw materials, which is largely controlled by China.”

According to a McKinsey report, China's manufacturing in computers and electronics segment has made it a top player in the global value chains.

It is clear by now that Indian SMBs have the potential to match China in manufacturing. But the focus shifts to what the government can and should do.

So where is the gap?

Some entrepreneurs feel that the government of India is "not business-friendly" and it is not possible for India to leverage opportunities, be it COVID-19 or the US-China trade war.

He says he received many queries from American clients for production of surgical products during the US-China trade war. “At that time, the government was too busy with other issues. Then the second chance came in January, when the world saw that depending on one country was foolishness.”

Chirag adds that the disruption of the global supply chain was another chance for India. “If the government had provided aggressive support at that time, we could have expanded our production capacity.”

Indian SMBs are now in a fix, he feels. The 21-day lockdown has disrupted India’s supply chain and the country will take at least a quarter to recover.

What can SMBs do?

But there is another school of thought.

Ravi Venkatesan, Founder and Chairman, Global Alliance for Mass Entrepreneurship (GAME), says, “We need to focus less on what the government can do and more on what we can do.”

He agrees that the US-China trade war was a big opportunity missed, but offers a different perspective. He says, “When the trade war started, I emphasised that this was the biggest window of opportunity for India. We had thought that the window of export-led development had been closed, but it could have been opened.”

Countries that benefited from the US-China trade war include Taiwan, Thailand, Malaysia, and Indonesia. Today, the US has found an alternative to China in these countries. In fact, under the Free Trade Agreement (FTA), these countries have also leveraged the advantage of exporting raw materials to India.

He adds that the windfall went to Vietnam, Bangladesh, and Mexico, and Indian firms couldn’t benefit. But Ravi feels the opportunity still exists but “we do not seem to have enough hunger at the firm level to go up.”

At the end of the day, entrepreneurs have to seize the opportunity instead of waiting for the government to do something.

He cites the example of China’s aggressive approach when it comes to business. “It is not the Chinese government saying that there is a gap and let us do something about it. Hungry entrepreneurs are coming to India, saying there’s an opportunity here and let’s go for it.”

India’s success in IT was not a government-led initiative. “It was entrepreneurs going and scripting a success and then the government did the right things to support it,” Ravi says.

India clearly has a long road ahead and several stumbling blocks to overcome. SMBs need to strengthen their manufacturing set-ups with the support of the government to reach a place where the country can compete with the competitive approach of Chinese entrepreneurs. .

Healthy can be tasty, says this entrepreneur as he blends Ayurveda with modern science in his products