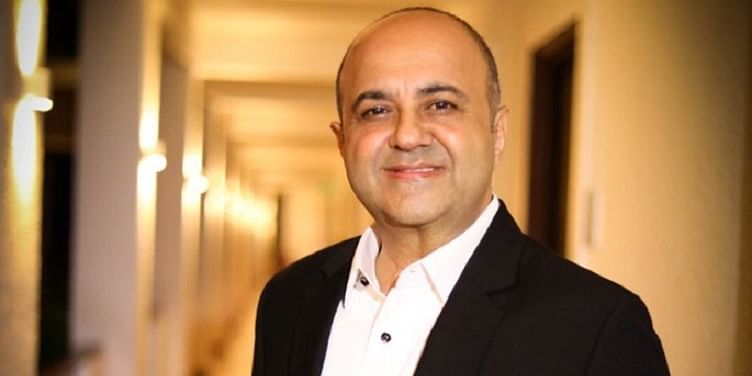 Starting up single-handedly, here’s how Kamal Khushlani built Mufti, an Indian clothing brand, to take on the apparel industry.

In 1992, when Indian fashion trends were seeing a shift, Kamal Khushlani identified a gap in how menswear was evolving.

“There were various styles in jeans, right from bootcut to bellbottom. However, every brand was offering a similar pattern at almost the same quality level. I wanted to come up with a product that was progressive fashion for Indian men,” he tells SMBStory.

Kamal always had a keen interest in the fashion retail business. However, hailing from a middle-class background, and losing his father at the age of 19, he didn’t have the money to capitalise on his vision. He even worked with a video cassette company to make his ends meet.

To finally start building on his dream, he borrowed Rs 10,000 from a maternal aunt and plunged into his entrepreneurial journey. He started by launching the ‘Mr & Mr’ shirt company in 1992, manufacturing and retailing shirts for men.

The business was running fine. But, Kamal felt that he just wasn’t using his business skills to the optimum in an industry that still had enough vacuum to fill.

A self-taught fashion designer, Kamal had a firm belief in creating a wave of culture and fashion originating in India, to be embraced worldwide. With this vision, he launched Mufti in 1998.

‘Mufti’ is a Hindi term derived from India’s armed forces, meaning ‘casual dressing’, as opposed to a uniform. Kamal shares that he chose this name because the company made clothes that were very different from those sold by other brands during that time, and he accordingly positioned his brand as alternative clothing.

Kamal started Mufti single-handedly. He used to carry kilos of fabric on his bike and drop it off at the workshop and then come back to collect the finished products for sale. For years, he did it all by himself, recycling the money he earned from his business. He says,

"I had no office, no staff; I was the peon cum proprietor of my business. My warehouse was the space underneath our dining table. When I had to collect the shirts from the workshop I could pick up about 60 pieces at one time as I had a large suitcase (soft one) on which I got straps attached by a mochi. It would look really funny as many a times I would be in traffic where my bike could pass through but I had to wait as the width of the suitcase slung on my back was too wide for me to pass. So I was a laughing stock for my fellow commuters."

And then, in the 2000s, Mufti gained prominence, expanding from exclusive brand outlets to large and multi-brand outlets and large-format stores. Kamal says the reason behind its expansion lies in the love and acceptance of his customers. He adds,

“Our customers love us. They love the new style, fit, cut, and comfort we have to offer. The older brands were continuing with the old patterns of fashion, while we introduced new styles. That differentiated us from other Indian brands.”

Kamal claims that Mufti was one of the first brands to introduce stretch jeans for men. He explains that denim is a rigid fabric and stretchable fabric was used in jeans for women then. When he introduced it in the men’s category, it was well-received by the market.

Mufti sources its raw materials including the fabric from various Indian mills including Arvind mills, KG denim, NSL, and Mafatlal. The buttons and other accessories are also sourced from India and the collection is made in third-party manufacturing units in Ludhiana, Bengaluru, Tirupur, etc.

The company has over 600 employees on its direct payroll and indirectly employs over 2000 people. It manufactures a range of over 500 products every season including jeans, trousers, shorts, athleisure, jackets, t-shirts, and more.

Going through the ups and downs

It has been over 20 years since Mufti first made its mark in the fashion retail space. During the period, the company has seen its own set of challenges, especially when it came to expansion.

Kamal shares that a few years back the company had launched a whole new women’s collection in jeans. However, they soon realised that the business was not picking up in that space and it thus lasted only for a while. He says,

“We realised women could not be our target audience and that focussing only on the men’s apparel category would keep us in the game.”

Kamal adds that the business was also hit by demonetisation and implementation of GST for a couple of months, after which it gained momentum and has been running steadily over the last two years.

The consumption ratio of customers has been another major challenge for the company, Kamal says, adding that people need to have more disposable income to spend on fashion.

Even with the boom in the ecommerce industry and fashion being increasingly sold online, Kamal feels that the offline marketplace is there to stay. He says,

“Ecommerce is an emerging channel that needs to be exploited. However, being a brand, our focus is to spread across all sales channels. Though there are huge discounts in the ecommerce portals, we neither give discounts on sole platforms nor do we have a separate inventory. If one channel has a discount, it will be for everywhere else that our brand is present.”

Since its inception, Mufti has evolved as a denim casualwear brand and currently retails through 300 EBOs (exclusive brand outlets), 1200 MBOs (multi-brand outlets), and 110 LFSs (large format stores, like Shoppers Stop and Central) pan India. Apart from having its own website, the brand is also present on all major ecommerce portals.

In 2017, it entered the footwear market and launched men’s shoes across 100 stores in India.

Mufti clocked a turnover of Rs 395 crore last year and is expecting a growth of 11 percent in the coming financial year.

Talking about the company’s future prospects, Kamal says the brand is currently focussing on integrating new trends in its collection and is also planning to enhance its foothold in the Indian market by expanding its reach to the nooks and corners of the country. He adds that Mufti is not planning to enter the foreign market as of now.