4 Made in India dips and sauces brands that are giving a tough competition to FMCG biggies like Tops, Ching’s 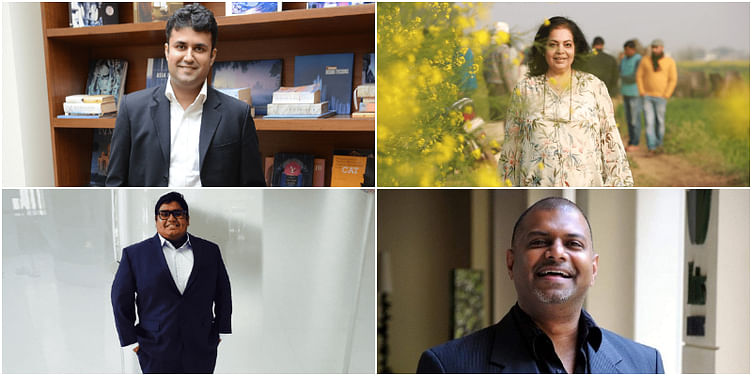 These four Made in India dips and sauces brands are leading the condiments market despite competition from big FMCG brands.

For many years, the Indian condiments market has been dominated by foreign brands like Tops, Ching’s, Kissan, Maggi, etc. According to a report, the domestic market is projected to grow at a CAGR of over 13 percent to reach $1,340.5 million by 2024.

Counting on this projected growth are four new Made in India dips and sauces brands that are enticing the taste buds of the masses, thereby increasing their market presence despite competition from FMCG majors.

In 2013, Viraj came up with the idea of starting a sauce business, which he felt was a highly neglected, but important segment. He wanted to start-up in this segment to give sauces — the unsung heroes to any dish — its rightful place.

He founded ﻿Veeba Food﻿ (named thus after his mother) to provide sauces to quick-service restaurants (QSR) in the B2B segment with a capital of approximately Rs 25 crore that he raised from his savings and his family.

Today, Veeba is a well-known name in the restaurant business as it provides all the sauces that one finds at chains like Domino’s Pizza, Starbucks, KFC, Pizza Hut, Burger King, etc.

But the path to this success did not come without its own set of challenges. Viraj had no clear idea of how he would take the business forward. He recalls,

“I used to wake up at 4 am all anxious about how to go forward. We had no money to give salaries to employees, and I used to keep on pondering how I will survive.”

A few months later, Veeba saw a ray of hope when Domino’s approved of the brand for its new product launch. And, he worked day and night to get this order in the bag.

In 2015, Veeba entered the retail segment and soon became a common household name, dominating the northern part of the country. As of 2019, Veeba is present in 430 towns and has 54 SKUs in retail and almost 100 SKUs in the B2B segment, growing 45-50 percent yearly. Though Viraj refused to comment on the actual turnover, he says that it is a healthy three-digit number.

Husband-wife duo Arjun and Anju Srivastava started Wingreens Farms as a Women Initiative Network (WIN) in Gurugram in 2008 with a capital of Rs 10 lakh. Today, the sauces and dips company clocks revenue close to Rs 8 crore every month. But the recipe for their success is not built just on their tasty condiments; the decision to engage farmers and village women in their work paid off.

Anju wanted to work with farmers who had land but no money. Her husband, Arjun, who is the founder and director of the company, got actively involved and supported her in this initiative.

In 2008, she started growing potted herbs in half an acre farmland that she rented from farmers in Tauru village, Haryana. She grew varieties of basil, thyme, oregano, peppermint, and other herbs for sale. The idea, however, did not pan out due to the extreme weather conditions.

WIN continued growing these herbs for three years trying to beat the conditions but in vain.

In 2011, things started looking up when Anju made pesto out of the basil she grew and approached ﻿Spencer's﻿ in MGF Megacity Mall, Gurugram, with the product. She recalls,

“We approached Spencer’s with a request to let our boys market the pesto sauce by offering people to taste it. The management in Spencer’s was very cooperative and they allowed. The irony was that we didn’t have pasta to serve along with the pesto. Hence, we used chips and showcased pesto as a dip. And, to our surprise, it was received well as a dip, which we never intended as a category.”

Following the successful launch of pesto as a dip, WIN was rebranded as Wingreens Farms, and the company then launched a garlic dip. Since then, it has managed to evolve enormously, offering over 150 variants in more than 50 SKUs, including chipotle sauce, fiery desert mustard dip, dill tzatziki, peri-peri hummus, rosemary hummus, peppermint with green tea leaves dip, etc.

From Domino’s as first client to Shah Rukh Khan’s endorsement, how this entrepreneur bounced back after failure

Our way of eating changed when instant noodles hit the retail stores. Instant mixes, instant coffee and tea, hot chocolate, custard, and the likes soon followed. We now have an instant food solution for almost all kinds of meals, making our lives easier.

Adding to the wide-in-demand, instant food trajectory is ﻿Zissto﻿ sauces, a ready-to-eat gravy sauce brand launched in Mumbai in 2017. In an interaction with SMBStory, Kanhai Porecha, Founder, Zissto sauces, says,

“The idea of Zissto popped up in my mind when I came back to India from London after completing my BBA. I always wanted to do my own business but couldn’t think of an idea. In London, I observed that I had good ready-to-cook sauces in which, I used to saute veggies. However, I couldn’t find anything of that sort in India.”

Zissto sauces is committed to its business of offering people ease and speed in their cooking through its product portfolio, which has 14 variants, including Makhani, Chettinad, Malvani, Pizza Pasta, Handi, Bhuna Masala, Pav Bhaji, Bengali, Chole, and Hariyali.

Kanhai says a range of international sauces such as Thai, Chinese, Italian, and Mexican sauces are also available.

The Indian products available usually have masala variants, which take a lot of time to cook, or ready-to-eat food that have zero nutritional benefits and do not taste authentic. Zissto stepped in to mix convenience with authenticity. Today, the brand sells 50,000 sauces bottles across Mumbai, Chennai, and in online portals like Amazon, and Flipkart.

A mouth-watering aroma of freshly-baked bread is sure to hit you as you enter Bengaluru’s Kempegowda International Airport. And only one store is responsible for this — the Subway outlet — which bakes fresh bread up to 10 times a day to meet its massive demand.

This outlet also holds the record for selling the most submarine sandwiches annually across all Subway outlets worldwide.

Its owner is Griffith David (50), a Bengaluru-based entrepreneur.

“My outlet at Bengaluru airport was awarded number one in unit sales worldwide in 2015 and 2019. It is in a great location, open 24/7, serves only fresh food, and managed efficiently. Further, we ensure the line moves quickly. This way, we are able to sell around 1,200 subs each day,” he tells SMBStory.

Griffith has an IT background and holds an MBA from Thunderbird School of Global Management, Arizona. He initially did not understand the restaurant business too well. But he wanted to enter the food industry and decided to take up the Subway franchise to gain some experience.

This proved to be very useful as he acquired the know-how required to run a restaurant. Subsequently, Griffith acquired the franchise to open five other Subway outlets.

However, his real success story lies in how he channelled his learnings from running these outlets into his restaurant and sauces business Habanero. Right from sourcing the ingredients to managing operations efficiently, Griffith ran Habanero using strategies he picked up from his Subway experience.

These lessons also helped him pivot the restaurant business to a retailing one, selling sauces and dips.