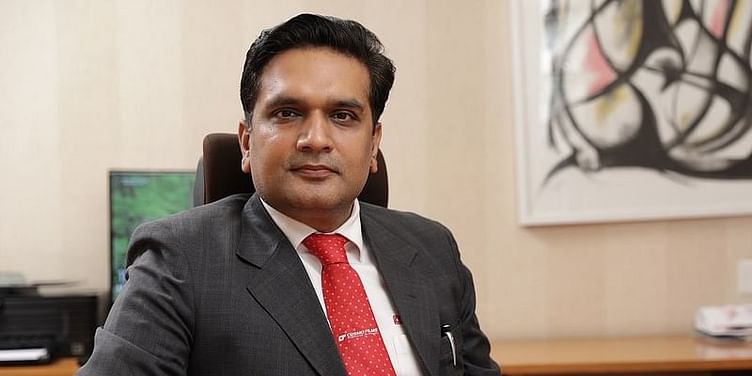 Cosmo Films Ltd., started in 1981 by Ashok Jaipuria, is one of the leaders in the BOPP film manufacturing business. The company manufactures films for four verticals including packaging, labelling, lamination, and industries.

Ever heard of BOPP films? Biaxially Oriented PolyPropylene (BOPP) Films are produced by stretching polypropylene film in both machine direction and transverse direction. The films are highly transparent and offer low moisture permeability, so they are ideal for use in food and non-food packaging, flower wraps, window films, technical tapes, paper lamination etc.

Cosmo Films Ltd., started in 1981 by Ashok Jaipuria, is one of the leaders in the BOPP film manufacturing business. The company manufactures films for four verticals including packaging, labelling, lamination, and industries.

The New Delhi-based company, also listed on Bombay and National Stock Exchanges, recorded a 109 percent increase in its Profit after Tax in FY21 compared to FY20, and reported a net revenue of Rs 2285 crore for FY21.

Some of the other major players in this space include UFlex, Jindal Films Americas LLC, Chiripal Poly Films etc.

“We have told our investors that by March 2023, 70 percent of our volumes will come from the chemicals business. We are running ahead of our target, and we feel that in the next 12 months, we should be able to meet it,” he asserts.

SMBStory caught up with Pankaj days after the company’s Q4 results were announced. Among other things, he spoke about the industry, challenges, and holding the banner of sustainability high.

Edited excerpts from the interview-

SMBStory [SMBS]- How are you coping with the second wave of COVID-19? How is the scenario different compared to the first wave?

Pankaj Poddar [PP]- The lockdown that the first wave induced was unplanned. There was a lot of artificial demand that was created. Since there was a lot of uncertainty looming, people were scared and stocking up a lot. I would not call it as a big spike in demand per se, but there was high demand especially because packaged food had almost become a source of entertainment. Also, since hygiene became so important, we were directly impacted because demand for packaging of soaps (solid and liquid) went up.

With the second wave, although it hurt more, there was also increased awareness that we need to be more careful in handling the pandemic, wear masks and take all the necessary precautions.

Selling products priced at Rs 5 and Rs 10, this Coimbatore-based FMCG brand is catering to the masses

SMBS: Ecommerce has really picked up in the last one year. Has this directly affected you since you are in the packaging space?

PP: We do not provide too many solutions for secondary and tertiary packaging, which online businesses mainly use. But I would like to add that the pandemic has spurred the online packaging industry to innovate.

There is a lot of waste that gets dumped, ecommerce companies are also realising this, so companies are looking at innovative ways to see how wastage can be minimised while packing.

We are also thinking of how to standardise packaging because right now, every packet comes encompassed in different packaging. There is a lot of innovation that needs to happen, and we are working on contributing to that growth story. Our major clientele include FMCG, pharma, and hygiene companies.

PP: Synthetic paper is very important, because it helps in sustainability. It is a recyclable paper and has a very long shelf life. Additionally, there are several other advantages as well, like water, oil and chemical resistance, and durability. Although more expensive than normal paper, the demand for synthetic paper is fast growing in the market. Reliance Retail is using this paper for tags, Paytm uses it for stickers. A lot of American restaurants use it for menu cards, and universities use it for printing degrees.

What we have done is bring the feature of non-tearability into an existing product, and try to guide the market in terms of its different uses. This product has endless applications!

SMBS: You have mentioned that over the years, the company has moved from a manufacturing-led approach to a market-driven approach. Can you elaborate on this with some specific examples?

PP: The company has undergone some fundamental changes. For instance, within the sales department, we created sales verticals to focus on different product groups. We have also set up a very large R&D department and have invested over $4 million in it in the last five years.

Additionally, we have hired some of the best talent from across the globe. We have also focussed a lot on quality processes. In all these endeavours, our customers have played an important role.

In fact, listening to customers has helped us make sustainability a very large goal of our organisation.

Additionally, we also opened warehouses in different markets to stay close to our customers. Customer centricity contributes immensely to the overall growth journey of a business.

SMBS: You launched a chemicals-manufacturing vertical last year? What led to the launch, and how do you plan to scale it up?

PP- Cosmos Speciality Chemicals was set up last year after we started doing some backward integration. We realised that some of the products we manufacture and sell to our customers can be used internally. And given that we have so many scientists who have a chemical background, we decided to look at areas where we can diversify beyond polymers. Entering into the chemical industry space seemed like a good option because it is a large industry, has good margins, and there is a focus on sustainability as well.

This space is largely dominated by international companies, and only a few strong Indian players exist in this space. For now, we have developed some products, for which trials are going on. Some initial sales have also started happening.

SMBS: What are some of the challenges that continue to persist in the film manufacturing industry? What stops India from becoming aatmanirbhar in this space?

PP: As far as the film segment is concerned, India is extremely strong. Indian companies are not just present in India, they are selling globally too.

Having said that, some raw materials like copolymers are imported. And I think it will require a lot of petrochemical investments so that a lot of these inputs can be indigenised.

Fortunately, polypropylene (which constitutes more than 90 percent of the total raw material component) is manufactured locally  in India, but the rest of the 10 percent is still being imported.

Given the size of India and this industry, I strongly feel that somebody should start to look at these areas, invest in them, not just for local production, but also for exporting. India has the cost advantage and so, there's huge opportunity.

Another challenge is the perception around plastic. There is a lot of negative publicity around it but what is not communicated is that plastic has the lowest carbon footprint than any other material that exists today. So, I would say that it is the most magical material available to mankind. Having said that, every country must make recycling a part of its agenda in a very large way. The world needs to get more organised so that we can unlock the value attached to it.

After several failed ventures, here’s how this entrepreneur built an NSE-listed profitable company