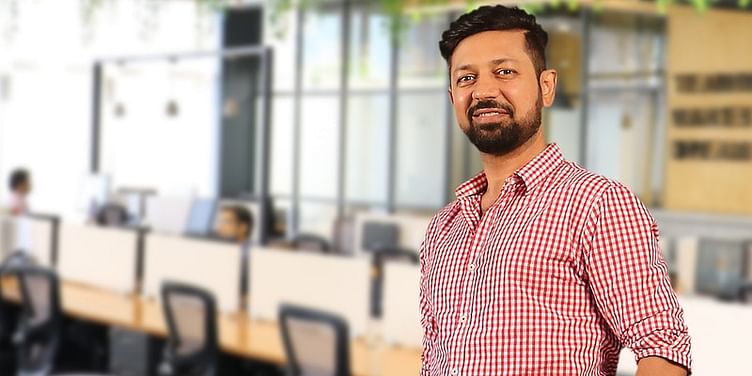 Started in 2001 as a small direct selling company of software products, Netsurf Network expanded its verticals in less than two decades to clock Rs 250 crore turnover. It has now entered the US market.

After passing out from Symbiosis Institute of Management Studies in 2000, Sujit Jain wasn’t interested in cracking any on-campus placements like his peers. Rather, he aspired to open a small computer training institute in Pune.

Setting off on his entrepreneurial journey, he developed a product  that allowed a person with basic knowledge of computers to develop their own website.

But there was a key missing ingredient in Sujit’s grand plans: funds.

Realising this shortcoming, Sujit implemented the strategy of direct selling by informing people about the software. It was a little difficult at the beginning, but it didn’t take long for Sujit to connect with 80 direct sellers.

This was the beginning of Netsurf Communications Pvt Ltd.

In an interaction with SMBStory, the 43-year-old entrepreneur says,

“I was short on funds but high on dreams and this was when our family friend, Sanjay Malpani, joined me and we together paved the way.”

In 2003, the duo went beyond just selling software products. They accumulated Rs 25 lakh and acquired Ajay Bio-Tech Ltd, which was into manufacturing and research of organic farming products. Netsurf started distributing those products under the brand name Biofit through their direct selling network.

While the business operations kicked off from Pune, the network of direct sellers gradually spread across the rural regions of Maharashtra, Gujarat, Karnataka, and Madhya Pradesh. Within a few years, Netsurf’s business had deep penetration in these four states in India. Sujit says,

“During that time when we started Biofit, the farmers were not aware of chemical-free farming. Through our direct selling model, we made them aware of organic farming. The current Biofit range of products spans 11 agricultural products. Today, more than one million farmers are using Biofit products in order to get greater yield and reduce the expenditure on farming.”

Biofit contributes 51 percent of the current turnover for Netsurf.

In 2004, with the intention to enter the household segment, Netsurf launched another range of products under the health & wellness category, with ‘Naturamore’.

Starting with just one product, today the range consists of 10 nutraceuticals in the form of powders and capsules. The Naturamore range of products now holds a 33-percent share in Netsurf’s turnover.

The company then went on to establish Netsurf Research Labs in Parwanoo, Himachal Pradesh, which is engaged in R&D and production of the healthcare range of Naturamore.

“Ninety percent of Netsurf products are manufactured by us and the composition is also developed by our R&D specialists. We also have a manufacturing unit in Pune and the sourcing of the materials is done from across India,” Sujit explains.

Nestsurf Networks has a Goods Manufacturing Practice (GMP) and Department of Scientific and Industrial Research licence, with which the company can also sell the composition of products to other companies.

By 2007, Netsurf had established a training and support system for its direct sellers. The number of direct sellers in its network had reached the mark of half a million. By then the global direct selling industry saw a lot of women participating and thriving. They were soon coming to be known as the best retailers across the industry.

Till then, Netsurf hardly had any women in the business. To correct the skewed ratio, Netsurf launched a personal care range under Herbs & More.

In 2014, Netsurf launched its home care range, Clean & More, with two products. Sujit explains that these products help to beat indoor pollution as they are made with plant extracts, enzymes, and probiotics that clean surfaces and fabric naturally.

After two years of in-depth research, in 2019, Netsurf launched cosmetics with its herbal range of makeup products, called Rang De.

Today, its product portfolio consists of 57 FMCG products in five distinct categories that are natural, organic, or herbal in nature. The company records an annual turnover of Rs 250 crore and is present in 25 states across India and delivering to around 10,000 pin codes.

In 2014, Netsurf Communications made its first investment in F&B brand Woohoo.

In keeping with the times, Netsurf launched its first business app in 2016. The Netsurf App helps direct sellers of the company to keep tabs on their day-to-day activities. Through the app, the sellers can not only conduct their business, check their payout calculations, and add new direct sellers, but they can also see business analytics, compare cycle-wise performance, broadcast messages, conduct product training, and check on target completions. Sujit says that, today, more than 3,34,000 direct sellers are managing their day-to-day business through the app.

Netsurf has also introduced a geo location-based system for its direct sellers. This system enables any web-browsing individual to locate a Netsurf Communications direct seller in and around their geo location and buy the products from them. This technology helps a lot of serious retailers in the network to increase their business.

The direct selling industry in India is Rs 137.7 billion and Netsurf is one of the leading direct selling companies in India Sujit says the company has been able to set itself apart from others in many ways.

“While most of the other companies in the industry are now striving to get into rural markets, Netsurf already has a deep penetration in the rural market of India. The reason being that Netsurf had started with agriculture products, which helped the company strengthen its network in rural parts. Considering the Indian direct selling industry, most of the major players in the market are MNCs. There are very few Indian players who have successfully survived the competition, sustained, and succeeded, and Netsurf is one of them.”

However, one of the major challenges is the perception of the direct selling industry with general public in India, he adds.

“Though we have seen a lot of positive changes over a period of 19 years still it will take time to change the perception completely about the industry.”

After much thought and research, Netsurf homed in on the US and Thailand for its international expansion plans. Sujit says both are matured markets for direct selling players with a great demand for herbal and natural products.

Netsurf has already started its operations in the US, after coming across research that indicated one in seven households is engaged in some direct selling activity. The company is soon planning to expand to Thailand.

Age no bar: The entrepreneur couple in their 80s who became an overnight sensation