These 5 businesses from Jaipur are making India Aatmanirbhar 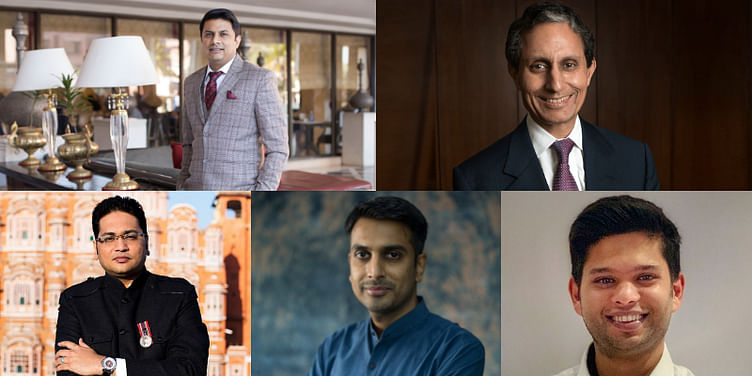 SMBStory lists five businesses based out of Jaipur that have made the Pink City an important manufacturing hub in India.

Jaipur, popularly known as the ‘Pink City’, is known for its cultural grandeur. However, over the years, it is emerging as the next destination for business, entrepreneurship, and innovation.

Famous for its forts and palaces, Jaipur is also home to many engineering colleges. Lower operating costs, a good talent pool, and proximity to the Delhi National Capital Region have worked in favour of Jaipur to become a business hub.

The capital city of Rajasthan also houses an international airport and an air-cargo complex, making it a reliable destination for facilitating exports.

SMBStory lists five businesses that are making India self-reliant and have put Jaipur on India’s map of entrepreneurship.

In the early 70s, Nand Kishore Chaudhary’s father ran a shoe shop in Churu, a small district in Rajasthan. When Nand Kishore joined the family business after completing his graduation in 1975, the business was incurring losses. So, he decided to shut shop. While he got an opportunity to work in a bank, he refused, and instead kept scouting for bigger and better opportunities. He had a vision of running his own business someday.

Around the same time, a friend suggested he try his hand in the carpet industry, which was an upcoming sector in India in the late 70s and early 80s. Nand Kishore instantly took to the idea and borrowed Rs 5,000 from his father to launch Jaipur Rugs in 1978.

There was no looking back after that.

Nand Kishore’s son and second-generation entrepreneur Yogesh Chaudhary, Director of the ﻿Jaipur Rugs﻿ Group, tells SMBStory how his father got the business up and running, and managed to stay relevant through the years.

Today, the business employs more than 40,000 weavers and artisans from 600 villages across the country. It owns about 7,000 looms, and according to the financials of the company, it reported over Rs 142 crore revenue in FY20.

Bearings, small and large, are widely used in the automotive and industrial sectors as it reduces the friction between the moving parts, thereby achieving the desired motion in machines.

However, in the pre-independence era, this essential component was imported from abroad, causing distress to domestic manufacturers. In a bid to make an ‘Aatmanirbhar Bharat’, BM Birla started a bearing-manufacturing company called the National Bearing Company Limited (NBC) in 1946.

NBC, which was later changed to National Engineering Industries (NEI), was started with a single production unit in Jaipur. In 1950, the company began manufacturing 30,000 cylindrical roller bearings, which it supplied to the Indian Railways as well.

Over the years, NEI has become a global bearing manufacturer and exporter out of India, clocking Rs 2,511 crore turnover in FY19. At present, it manufactures about 20 crore bearings in 1,450 sizes in a year from five manufacturing units spread across Jaipur, Gujarat, and Haryana. In fact, the production facility in Newai, Jaipur, was started as an all-women unit in 1980.

In 2003, Anuj Mundra started a business of trading salwar-suit pieces in Jaipur. He would purchase suit sets in bulk and sell them to vendors and shopkeepers. When he started earning some income, Anuj opened his own block and screen printing units in Jaipur.

Around 2012, Anuj visited Delhi and saw huge hoardings of ecommerce marketplaces Jabong and ﻿Snapdeal﻿. He felt a moment of epiphany and realised that ecommerce is going to be the next big thing and the future of shopping in India.

He returned to Jaipur and launched Nandani Creation Pvt. Ltd. in 2012 and branded the ecommerce offshoot as Jaipurkurti.com.

The company today manufactures and sells suits, kurtis, fusion wear, bottom wear, and a host of other apparel items. The B2C company even exports to countries such as the UK, the US, Australia, Malaysia, and a few others. The company also got listed on the National Stock Exchange (NSE) Emerge, a platform under NSE for startups and mid-sized companies to get listed on, in 2016.

Started with an investment of Rs 5 lakh and now clocking Rs 470 Cr in revenue: the story of Anmol Feeds

Gaurav Mehta launched an insurance brokerage firm after completing his master’s in risk management from the UK. However, after he failed to find satisfaction in what he was doing, he returned to his passion — watches and coins.

Combining both these interests, Gaurav started the ﻿Jaipur Watch Company﻿ in 2013. Headquartered in Jaipur, the luxury watch brand combines luxury and tradition in manufacturing watches using craftsmanship from coins collected from the British era.

Gaurav set up his manufacturing unit in Bengaluru. He sources the raw materials from different places and countries. The movements of the watch come from Japan and Switzerland, the crystal is sourced from Hong Kong, the straps, bracelets, dials, cases, and crowns are either bought locally or manufactured in-house.

Talisman was started by Rishabh Kothari in Jaipur in April 2018. He was trained by his father, Sudhir Kothari, Co-founder of Gem India Exports, a stalwart in the jewellery trade sector. Rishabh also had 10 years of experience working with an Italian jewellery brand.

When it started out, Talisman had a clear strategy of targeting women between 22 and 35 years of age living in Tier I cities. The products would be high quality, affordable (in the Rs 1,500 - Rs 3,000 range), and would range from pendants, earrings, and bracelets to rings and bangles.

The business strategy also included selling the products on the Talisman website and deliver them pan-India with the help of delivery carriers FedEx, BlueDart, Delhivery, speed post, and more.

And it is on track to grow bigger very quickly, according to Rishabh, who said the company is targeting sales of Rs 10 lakh a month (which roughly adds up to over Rs 1 crore a year) within the next six to eight months, with a CAGR of about 60 percent.