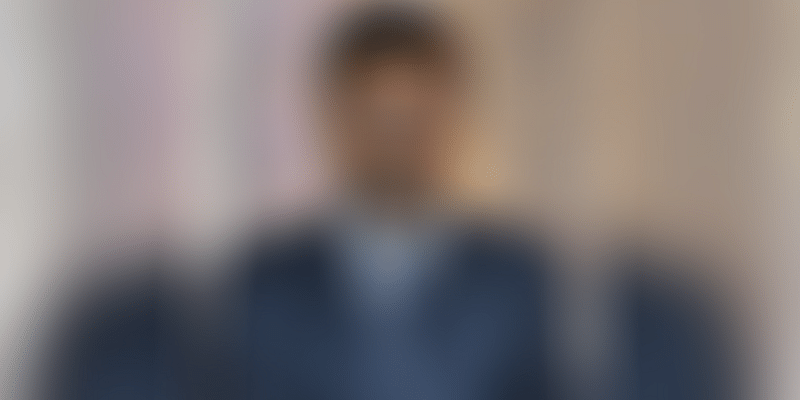 Jay K Mulchandani started CoreB Group in 2017. In a little over three years, the company has joined hands with HINDALCO to manufacture 3.5 lakh trailers, and has amazed leading Indian OEMs with its innovation.

Jay K Mulchandani was just 14 when he started helping his grain merchant father in his business. Starting young sure helped, as he now heads the multi-crore CoreB Group, a highly successful trailer and earthmoving machinery manufacturing company from a small town in Rajasthan. It is the first company to introduce aluminium trailers and 52 tonner trailers in India.

Hailing from Kotputli, Rajasthan, Jay loved to study, and his parents wanted him to pursue the great Indian IIT dream. They sent him to Kota for the entrance exam preparation. However, he could not clear the competitive exam on the first attempt and did not get into IIT.

Jay then pursued mechanical engineering from VIT Jaipur, and graduated in 2016. He recalls the day when a reputed auto manufacturing company visited his college for campus selections.

“In total, 1020 students gave interviews, out of which two were selected, and I was one among the two. I was on cloud nine. Coming from a small town, this was a dream come true, and a huge source of happiness for my parents. I thought ‘ab toh life set hai’.”

But what Jay was not very aware of was that he was selected under a third-party payroll, and so he was not entitled to benefits and facilities offered to a full time employee. He narrates about how shocked he was when he saw his appointment letter. “I was hired for Rs 12,614 per month, and my parents were expecting me to send them Rs 20,000 per month to meet household expenses.”

In his first job, Jay was appointed to a dealership unit in Jodhpur, where his role was to help the dealer sell trucks. However, he felt the role wasn’t helping him in any way. “I decided to ask my boss if he could give me a commission towards the sale of a truck,” Jay says. Fortunately, his boss agreed to pay him a commission of Rs 2000 on each truck Jay sold.

“I sold four trucks in my first month. I was only thinking about sending money back home, and that helped me achieve my goal. I even distributed leaflets on roads to attract customers,” Jay says.

One day, while attending an event, Jay’s enthusiastic sales efforts were noticed by the rival company's leadership, whose manager soon offered Jay a new job and a better package. Although he joined this new company, he had very low job satisfaction due to internal politics.

“I was transferred to Barmer, a desert area in Rajasthan, to sell trucks. This was a setback for me, as it was hard to pitch to clients in such a place, but I found that there was a lot of demand for second-hand and older trucks. Jay didn’t overthink it, and he decided to resign. A deep-rooted desire to start a business was the cause, and he thought the time had come to work on it.

As someone once said, nothing is a waste of time if one uses the experience wisely. And Jay decided to harness his experience of being in frontline truck sales. Understanding the demand for refurbished old trucks in many parts of Rajasthan, Jay decided to tap into this gap, and ideated upon three manufacturing options — trucks, spare parts, or trailers.

“Manufacturing trucks required a huge investment, and I only had savings of about Rs 5 to 6 lakhs. Spare parts manufacturing also needed an investment of Rs 2 to Rs 2.5 crore. The only thing that was feasible was manufacturing a trailer, as it needed less investment than the other two options. Being an engineer, I thought I could give it a try,” Jay explains.

He rented a barren land in Kotputli to start the manufacturing process in 2017. As he was new to the market, not many were in favour of lending him raw material on credit, but he did manage to procure the products required to manufacture the trailers. He also hired a few labourers from a small town nearby.

The first trailer was launched in April 2017, and was sold to a Jodhpur-based driver, who bought it for Rs 14 lakh. The CoreB business was born, and since then, there has been no looking back for Jay.

After the initial success of CoreB trailers, and inspite of competition from TATA DLT, word spread in and around Jaipur about the new player capturing the market. Through this word of mouth, Jay got a life-changing opportunity through one of his clients.

“HINDALCO at that time had launched aluminium bulkers, and after some brainstorming and multiple rounds of discussion, we decided to go ahead with the same ‘lightweight and higher payload concept’ for trailers as well," Jay says.

Jay got support from HINDALCO in R&D, and supply of aluminium plates to make one of India’s first aluminium trailers.

“Priced at Rs 17 lakh, the trailer was true value for money because it turned out to be the world’s lightest trailer; 2.5 metric tons lighter than the standard trailer,” says Jay. In 2018, CoreB introduced the 52 tonner aluminium trailer with 4018 TT in India in collaboration with HINDALCO.

“We had planned to manufacture 3.5 lakh units of the aluminium trailer in the first three years from the date of launch. Unfortunately, the pandemic hit us and the launch date has now been pushed to April 1, 2021."

Jay reveals he had a trump card to his advantage. “I had design approval from the Government of India, which offered 5.5 metric tons higher payload owing to change in the configuration and design of this new truck.” He adds that he had studied this concept inside out by implementing the design change along with the aluminium trailer, and realised that the truck would offer a higher payload of eight metric tons (5.5 + 2.5).

According to Jay, in business terms, the new variant increased profits by very high margins. This was a complete game-changer in the industry, and Jay claims, “the impact was such that leading auto OEMs had to change their truck designs to make them compatible with the new design pioneered by CoreB. This has never ever happened before in the history of the manufacturing industry.”

“The manufacturing business comes with its own set of risks and challenges,” says Jay, adding that the challenges that directly affect the business are timely delivery of products while also ensuring optimum quality. He also acknowledges that there is a lack of skilled labour.

“Skilled labour is undeniably a very important part of our business. To combat this challenge, we have planned to invest in training centres focused on skill development,” Jay says.

As next steps, Jay reveals he has laid the foundation for a manufacturing facility called, ‘CoreB Gram’, to upscale production to the extent that CoreB is capable of manufacturing at least 40 percent of the overall market size of India’s trailer and tipper industry.

“The government has taken strict measures to curb down overloading and has also commissioned humongous projects in the area of infrastructure. This has increased the demand for trucks and trailers. This gives us an opportunity to step in, and invest more in R&D to become the most trusted brand in the trailer production market, globally,” Jay adds.

The company also plans to come up with ‘Lifetime Transport Support Solutions’ aimed at integrating all kinds of transport solutions under one roof. Jay says the idea is to have a one-stop point where the client comes with their ID proofs and secures a pool of transport services for a lifetime. This includes aspects like truck finance, driver allocation, sales and service, spare parts etc.

From distributing leaflets on the roads, being dejected in his job, to feeling the financial pressure to support his household, Jay K Mulchandani has come a long way as his CoreB  Group has today partnered with HINDALCO. The company expects to reach Rs 100 crore turnover in the next fiscal year, a far cry from the initial Rs 14 lakh that the aspirational entrepreneur first made with his trailer.