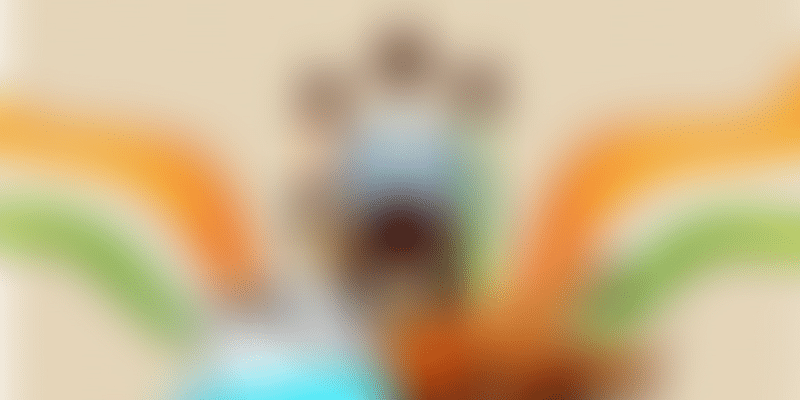 During 2015-19, India was the second-largest importer of arms globally, according to a report by Stockholm International Peace Research Institute (SIPRI). However, the report also noted that the supply of defence equipment to India has reduced over the years.

The government has also become serious about reducing defence spending on imports and encouraging domestic manufacturers in this segment instead.

Last August, Defence Minister Rajnath Singh announced the ban of import of 101 items for the next seven years.

In the same month, Prime Minister Narendra Modi, while addressing a defence seminar, said India's self-reliance on defence capabilities will boost its standing of being a net security provider on the Indian Ocean, making it a defence exporter for many friendly countries, which will further deepen its strategic ties.

This Republic Day, as India marches on to become more and more ‘aatmanirbhar’, SMBStory identifies three broad categories that will help the nation achieve greater self-reliance in the defence manufacturing sector.

DRDO started its journey with 10 laboratories in 1958. Today, the number has grown to 50 across the length and breadth of the country with many achievements to its credit. DRDO became especially popular after an anti-drone system it developed was deployed to provide aerial security to US President Donald Trump during his visit to India last year.

DRDO is also known for successfully pulling off an indigenous operation code named Mission Shakti, in which a defunct satellite in low-earth orbit (LEO) was destroyed in just three minutes.

With more than 500 defence products in its kitty, DRDO is undoubtedly one of the top defence equipment manufacturing companies in India. It functions under the Defence Ministry, currently led by Union Defence Minister Rajnath Singh. The Delhi-headquartered organisation has 501-1000 employees.

Hindustan Aeronautics Ltd (HAL) was founded in December 1940 as Hindustan Aircraft Ltd. by industrialist Walchand Harichand in association with the then Government of Mysore.

It was established with the aim of manufacturing aircraft in India. In 1941, the Indian government became one of its shareholders and in 1942, it acquired the company completely in 1942.

The state-owned company is known for manufacturing some very competitive aircraft and helicopters, including ‘Light Combat Aircraft’, ‘Chetak’, and ‘Cheetah’.

Last year, HAL announced an ambitious project of developing a 10-12 tonne attack helicopter by 2027, touted to be India’s answer to America’s Apache helicopter, which is manufactured by Boeing.

It has three manufacturing units in Hyderabad, Telangana, and Visakhapatnam.  Started in 1970, BDL has bagged orders worth Rs 14,810 crore from the Indian Army for supplying the Akash Weapon System (AWS) taking India to the elite club of countries supplying surface-to-air missiles.

Founded in 2007 in Hyderabad, Tata Advanced System is a wholly-owned defence subsidiary of the Tata Group.

Involved in supplying defence equipment since 1947, Mahindra Defence Systems’ journey began when a licensing agreement allowed them to become importers, assemblers, and then adapters of the iconic Willys Jeeps used in World War II.

In 2012, the company began designing and manufacturing its own line of armoured vehicles and supplied it to the government.

Ashok Leyland is the defence unit of Mumbai-based business conglomerate Hinduja Group. Its most famous offering is the Stallion, an Army vehicle, which is also its flag bearer brand.

With around 70,000 of these produced, Ashok Leyland has carved a niche in the private sector companies spearheading the defence manufacturing vertical.

The headset has a 90-degree field of view, giving users a wide breadth of vision, and making it easier to view content.

Ajna Lens also manufactures smart glasses for security and defence personnel, and counts the Indian Army, Defence Research Development Organisation (DRDO), the Indian Navy, and the Ministry of Defence among its clients. Apart from the military applications, these smart glasses are used in automobiles and manufacturing industries as well.

Eventually, it expanded its products and services to include automation for drones, rovers, and a central dashboard to control the applications through its command, control, communication & information (C3i) hub miCRON.

Bengaluru-based Asteria Aerospace is a robotics and artificial intelligence startup, which provides drone-based solutions to the military, paramilitary, and police forces for security and surveillance purposes.

Founded in 2012 by Neel Mehta and Nihar Vartak, the company’s drones also provide end-to-end solutions for autonomous surveys, inspection, and to monitor assets in industries working in the oil and gas, mining, construction and agriculture sectors.

Designed to be hosted on cloud or on-premise, the network provides users access to real-time data and video recorded by the drones.

In December 2019, Asteria Aerospace was shortlisted by the Central Reserve Police Force (CRPF) under the CRPF-Startup India Grand Challenge to solve the problems related to defence and security.

Future of Work: How SMEs can operate and innovate in a connected world