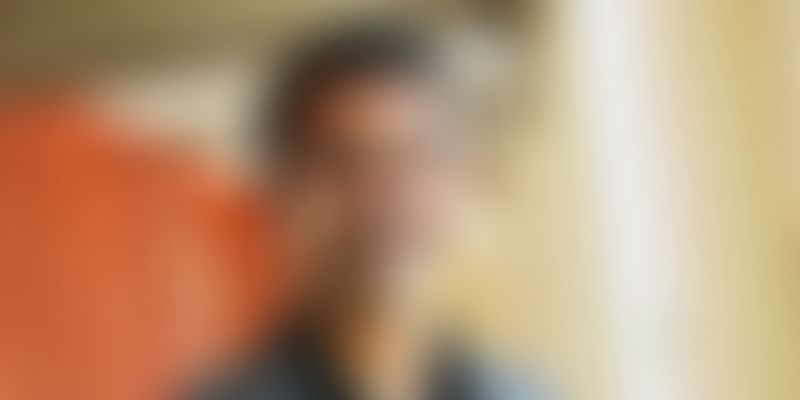 When engineer Sriram Subramanian began working for eBay and PayPal in the US, he had no plans of quitting and becoming an entrepreneur. He hailed from an Indian family that equated success with a stable professional role.

Working as a product manager, Sriram heard firsthand from hundreds of SMBs from 30 countries about the challenges they faced in moving their operations to the cloud. In fact, these SMBs also lacked integration among systems they used.

“I saw a first-mover opportunity to tackle these problems by building a large, open, and affordable portfolio of intelligent data connectors across SMB B2B cloud systems. I felt this would enable millions of businesses globally to achieve automated operational data flows, and instantly connect any number of apps,” Sriram says.

However, this idea did not come to him overnight. In a difficult decision, he left his corporate life behind and spent four years tinkering with open-source retail apps, B2B cloud Point-of-Sale (POS) systems, payments, integrated apps, etc.

He also worked with the team that architected the Reliance Jio POS and helped Snapdeal build its first SMB omnichannel experience.

Sriram’s experiments eventually led him to launch his own business ShoppinPal in 2016. He moved back to Pune, adopted two daughters, and started ShoppinPal alongside Co-founder Arun Radhakrishnan.

Sriram built a single-point integration and API management solution for thousands of cloud platforms and apps to enable rapid onboarding for businesses.

“I had seen that SMB cloud systems struggled with customer acquisition. They were not able to onboard or migrate businesses from a variety of legacy systems. A majority of essential integration necessary to support an SMB’s operations were missing,” he says, explaining how ShoppinPal solves this problem:

“Our technology can be deployed by Point of Sale, accounting, ERP, CRM, payment, and other B2B system customers and partners without having to write a single line of new code. ShoppinPal can offer key integrations and apps for SMBs at seven times the speed and one-tenth the cost.”

ShoppinPal’s core product — which is an Integrated Platform-as-a-Service (iPaaS) offering — was ready by 2019. It is powered by proprietary, customisable, ready to use codebases, and architecture.

Embedded with data migration for up to 10 years’ worth of data, the product has so far sustained over 1,000 SMBs in the retail, F&B, and online payment domains. Major clients for ShoppinPal have included the likes of Intuit Quickbooks, Oracle Netsuite, Microsoft Dynamics, Zoho, and Daniel Wellington.

Siddharth Madhusudan, Chief Strategy Officer of ShoppinPal, says, “At an enterprise level, our audience comprises premium POS providers such as Vend, Poynt, Toast, Hike, Loyverse, Bbot, etc. At an SMB level, we do not differentiate. Any SMB that needs our assistance in integrating their POS or apps will benefit from our offering.”

ShoppinPal’s revenue model is primarily based on SaaS subscriptions for its iPaaS product. It also charges a fixed fee for building out the first integrations. Implementation and 24x7 support are charged based on actuals. The business also operates a freemium model, where the fixed fee is waived completely.

ShoppinPal now claims it has grown its Annual Contract Value (ACV) by three times since September 2019 and is on track to hit $1 million (annualised) by March 2021. The business, which was bootstrapped with $7,000, has raised $1.5 million so far.

Sriram’s biggest challenge was making integrations possible with legacy POS systems. He says they were unwieldy, difficult to integrate, and came with “huge cost and time effort.”

He put together a team to get cracking on the tasks and took help from AngelList, Alchemist Accelerator, UC Berkeley Skydeck, and other network incubators and alumni groups. The ShoppinPal team — now a 20-member outfit — was optimised for low overheads, high automation, and delivering optimal value.

“There were times in the first six months, where we were dealing with legacy systems, and we felt like giving up. But we were agile and nimble. Further, the ecosystem of channel partners, POS providers, and investors believed in us, especially Vend — one of the premium POS providers,” Sriram says.

Sriram lists Workato, Zapier, and Tray.io as competitors, who are operating in the enterprise space, but says the segment is shrinking post-COVID.

“We don’t need to stay ahead or behind anyone. We are in the SMB space that is rapidly growing. Further, we operate as a white-labelled entity within our clients’ own cloud infrastructure, and are, therefore, highly secure,” he says, adding:

“We have developed IP and have ongoing deep research into building integrations and apps with near-zero code that handle high scale.”

When the COVID-19 pandemic caused wide-scale disruption for the SMB segment, it became evident that most SMBs had not invested heavily in technology. Sriram says the systems they possess are antiquated and are not running on the powerful, distributed architecture of the cloud.

“In order to enable this automation, integration between old and new systems will be of the essence. This is where ShoppinPal comes in. We want to enable SMBs to adapt in this new world of challenges and opportunities,” he says, claiming that ShoppinPal stayed profitable during the pandemic.

The business is now in the midst of a crowdfunding campaign to close out its pre-Series A round.