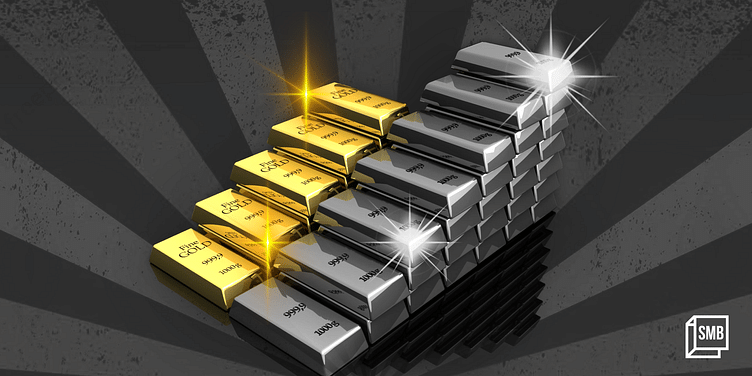 Silver is expected to see a record-high demand, and in India, many jewellery brands are now looking at the grey metal with hope. But what caused this change?

From coins to cutlery, electronics to energy, silver has always found new ways to be in vogue. However, when it came to jewellery, gold was considered a symbol of wealth while silver was relegated to the ‘poor man’s gold’.

All that is now changing.

Demand for silver jewellery in India crossed 600 metric tonnes in 2021, according to Statista. The big push happens during the festive season on occasions like Teej, Onam, Karwa Chauth, Eid, Diwali, etc.

The precious metal is even stealing some sheen off gold with global silver demand forecast to rise to a record high of 1.112 billion ounces (340 million kg) in 2022, according to the Silver Institute—a marketing body funded by the silver industry.

Speaking to SMBStory, Aditya Modak, Co-founder of Gargi by Pune-based PN Gadgil and Sons, which boasts a legacy of more than 100 years dealing in gold jewellery, says that silver has started to catch the customer’s eye.

“Taking into account the ever-increasing prices of gold and the pleasing ability of silver to offer a vast variety well within the range of consumers’ affordability, the demand and value for silver and its products will rise,” he says.

One factor for this shift could be the surge in the price of gold—which has shot up by 25% since March 2020. On the other hand, the price of silver has dropped steadily since August of the same year. This propelled medium-term investors to grab the opportunity and purchase the grey metal in different forms, including jewellery, coins, and bars, Aditya points out.

The elephant in the room is the pandemic.

COVID-19 created chaos in the gems and jewellery market as demand thinned out while gold and silver prices remained high. In a report, the Silver Institute assessed that the global silver jewellery market was negatively affected by the pandemic as the demand in India fell to a seven-year low.

“The industry is witnessing no footfall at jewellery stores, and despite the ongoing peak wedding season, mass shopping has come to a standstill,” Sanjay Kothari, Vice Chairman of KGK Group, wrote for SMBStory in June 2020.

Even as the effects of the pandemic began to recede, the demand for gold jewellery remained muted due to the impending inflation but consumer behaviour towards silver saw a shift.

All that glitters isn’t gold

“Earlier, silver jewellery was more associated with heavy ethnic pieces, but in the last few years, we have seen minimalistic designs being made in silver, making it affordable for daily wear,” she says.

This is the best way for brands to increase the ASP (Average Selling Price), so now it is launching a huge silver collection, she adds.

Rubans has been working with silver for some time but officially launched its introductory collection only last month. Chinu says that due to the phenomenal response, the brand is now planning to launch around 1,000 new designs in the range.

Kolkata-based Paksha By Tarinika—a brand dealing in .925 sterling silver jewellery (containing 92.5% by weight of silver) since 2021—jumped to the occasion as well. Owner Sunaina Ramisetty added a silver jewellery wing to the brand’s imitation jewellery label—Tarinika, which has been operational since 2015.

“At Paksha, we have seen an increase in sales quarter to quarter. Paksha's growth for FY 2022 is 500%, and we are expecting it to further increase by the end of this year,” she adds.

This jewellery startup is growing ‘affordable’ diamonds in the lab

Is the trend here to stay?

According to global consensus, the demand for silver jewellery is expected to rise by 50% year-on-year, with the Silver Institute predicting an 11% growth in 2022 led by the Indian market. The current untapped potential of silver jewellery export stands at $1.8 billion.

Aditya of PN Gadgil and Sons affirms that customers have started to realise that one can’t practically have different pieces of jewellery for multiple occasions with gold.

“We can clearly witness that the customer’s demand for silver jewellery has doubled and there has been a 1.5X increase in the number of Gargi’s buyers. Also, India is the largest exporter of silver jewellery in the world, as per a GJEPC analysis. With such high demand and a visible promising future for silver jewellery, brands are not hesitating to move over gold and diamonds, and expand their silver portfolio,” he explains.

Silver jewellery has been gaining an edge over gold this season, brands point out. Chinu highlights that gifting is another segment where such a small-ticket item, which starts from approximately Rs 1,500, can make a big dent.

So who is consuming all that silver? A 2022 survey by luxury brand Divas Mantra found that 64% of urban Gen Z and millennials would choose to wear silver jewellery for weddings or festivities due to the availability of elaborate but lightweight designs.

Silver has become the new-age accessory choice in the age of Instagram, where brands like Giva, Benaazir, and Pehr make the metal more modern and chic, flaunting its versatility.

Even now with the Russia-Ukraine war threatening to play spoilsport, the demand for silver jewellery is seeing a steady rise. From April to August this year, exports increased by 33.2% from the year-ago period, as per GJEPC.

“Gold prices will continue to surge, which will pose a challenge for the younger generation to buy their desired jewellery. This pushes us to explore silver for our segment,” says Aditya.

For the Indian gems and jewellery industry, the phrase ‘silver lining’ has never rung truer.