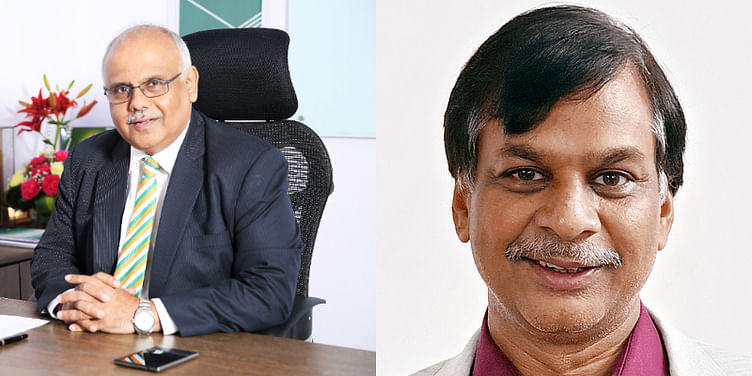 This week, SMBStory spoke to Bengaluru-based Spoton Logistics and AlignBooks, which are helping MSMEs align their logistics and compliance requirements by using technology.

The coronavirus pandemic has brought home the fact that micro, small and medium enterprises must leverage technology to survive and thrive. And they’re slowly stepping on to the digital path, aided by other small businesses like them.

This week, SMBStory connected with Bengaluru-based Spoton Logistics and AlignBooks, which are helping MSMEs align their logistics and compliance requirements by using technology.

Also, read the inspiring journeys of Rishabh Chopra, who built a D2C Ayurveda company that clocked Rs 100 revenue in FY21 and Insight Cosmetics, a cosmetic brand started by the son of a doctor.

Logistics company Spoton Logistics recently said it was developing customisable solutions for the micro, small and medium enterprises (MSMEs) in India, including retail traders, to support the small businesses amidst the COVID-19 pandemic.

Speaking to SMBStory, Abhik Mitra, Managing Director and CEO, Spoton Logistics, said, unlike large companies, MSMEs do not have big logistics teams, but their requirements are equally critical. So, Abhik and his team decided to leverage technology to solve this problem.

He added, “The solution will allow them to place an order on the platform without having to make a call, print the label, the consignment note, and track it throughout until it reaches the destination. This way, SMB owners will get everything done on their desktop without having an army of people to carry out this process.” This service will also include return items processes.

Spoton has leveraged various technologies, including artificial intelligence (AI) and machine learning (ML) while building the backend to make the portal seamless and convenient for MSMEs to use.

In April 2021, the Ministry of Corporate Affairs extended its deadline by a year for Indian businesses to install accounting software with audit trail features. This move, over the next few months, is aimed at pushing Indian MSMEs towards a digital future.

AlignBooks, a cloud-based accounting software for MSMEs, is poised to tap into the trend and help small businesses simplify their e-invoicing, GST, and other compliance requirements in an automated and digital-first manner.

Anand Jajodia, Co-founder, AlignBooks, says, “MSMEs haven’t had the privilege of having enablers and supporters who could assist them in a manner that they could only focus on their core business strength, rather than worrying about back-office functions. Against this backdrop, AlignBooks was conceptualised and launched in 2017.”

Anand, who has experience in developing and deploying ERP products, decided to provide MSMEs with a tech-based, robust accounting solution and also enable them to customise it.  This laid the foundation for AlignBooks, along with co-founder Samir Garg.

Today, Anand claims the software has over 30,000 MSME customers in India and has processed 15 lakh invoices so far.

Other top stories of the week:

Dinesh Jain was just a child when his father Bastimal Jain started a small cosmetic manufacturing unit making products like sindoor, nail polish, talcum powder, etc. in the late 1970s. Bastimal, an MBBS doctor, set up the business in Borivali, Mumbai, in partnership with a chemist friend, to try his luck at entrepreneurship.

Dinesh often visited the unit after school, keenly observing the daily operations. And many years later, in the late 80s, while still in college, he got involved in the business full time.

Now, over 35 years later, the small manufacturing unit has scaled up to become Insight Cosmetics, a makeup brand for the masses with more than 350 stock-keeping units (SKUs) and a presence in over 7,500 stores pan India.

In an interaction with SMBStory, Dinesh talks about how he took over the reins of the business to help it thrive in a cosmetic industry that’s valued at over $20 billion, competing with the likes of Blue Heaven, Elle 18, Coloressence, Lotus Herbals, and more.

By 2010, Rishabh Chopra had travelled to about 26 countries. During his travels, he realised that Indian ideas and philosophies were keenly looked at and consumed in the international market.

Rishabh, who used to market and sell courses on Indian and Eastern philosophies in the US, realised that there was a demand in the foreign market for resources and education about Ayurveda.

Becoming an entrepreneur was always on his mind, and seeing the gap in the international market, which did not have major Ayurveda players, made him ponder deeper. “I asked myself, ‘If Yoga could become so big, then why not Ayurveda’?”

In 2014, Rishabh launched The Ayurveda Experience as a content platform, and in 2017, he ventured into the manufacturing and selling of Ayurveda products.

The Gurugram-based company was incubated by the Indian School of Business between 2011-2012. Initially, it raised money from Angels between 2012-2014. Later, it raised Rs 4 crore in 2016 through a syndicate led by Mohit Satyanand through funds like LetsVenture. In fact, in 2018, it received funding worth Rs 25 crore from Fireside Ventures and Rs 10 crore from the private equity arm of Centrum Group.

The company clocked Rs 100 crore in revenue in FY21 despite the pandemic.