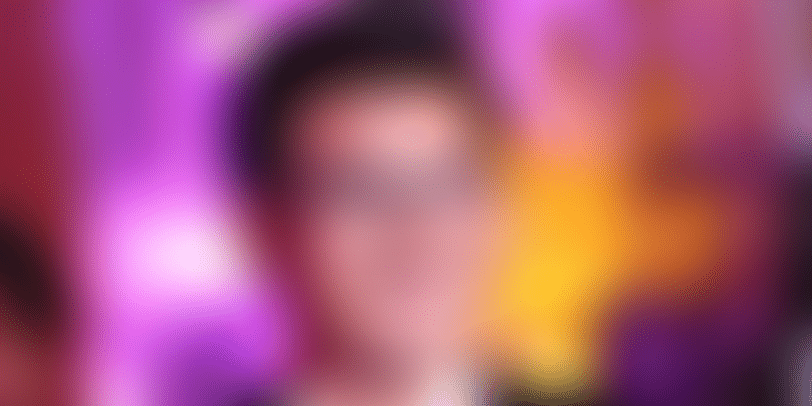 Maanav Saraf has managed to help this family-run business in Kolkata stay relevant and adapt to new technologies. ‍

The emergence of the internet and the simplicity of online transactions have made travel booking much easier. At the same time, customer behaviour is changing. Companies providing travel services are seeing decreasing customer loyalty and lower margins simply because a traveller has a lot of choices to pick from.

However, in this sea of digital opportunity, travel agencies have found some common ground. They agree they need to adopt new technologies in the digital space in order to stay afloat.

In India, which is rapidly becoming digital, travelling has always been popular, and the sector is still growing. “The travel business in India is growing by more than 20 percent per annum. The largest market share is enjoyed by the online portals and consolidators,” says Maanav Saraf, Business Development Manager, Gainwell Travel.

“In the travel services sector, we have to keep changing the nature of our promotions and media. This keeps us on our toes and keeps the work exciting,” he says. “Since it is a family business, marketing decisions are driven by intuition rather than some specific theory or guideline.”

According to him, it is paramount to leverage digital in the travel sector. “We have always welcomed opportunities to adapt to new technology and believe that this is the only way to sustain,” he explains.

“Despite the challenges posed by online travel portals and increasing competition, the needs and wants of travelers keeps changing. Therefore, there are tremendous opportunities if a business is ready to take the pain of making products that provide value to travellers.”

Maanav’s parents were passionate about travel and thought it would be a good idea to start a travel company that did things differently from traditional ticketing agencies. Initial and subsequent capital in the company was contributed by the couple, who then capitalised their profits.

Gainwell started an ecommerce department in 1991, sensing the growth of the internet, but had to shut it down because it was “too ahead of its time.” “After this, we forayed into car hire, event management, and destination weddings. Our diversification into new categories has been as much out of necessity as it has been out of choice due to the disrupters,” Manoj adds.

Maanav’s skills in digital came in handy when Gainwell was going digital. “In statistical terms, our first digital success was in 2012 when we launched a new website. By using Google Analytics and other tools on this site, we were amazed at how many visitors we actually were attracting on our digital assets,” Maanav recalls. “After studying these metrics for a few months, we started implementing plans for trying to turn visitors into customers and monetising their website visits.”

Among these ideas was a plan to use chatbots. The chatbot would instantly interact with users and potentially became a source of generating verified and quality leads to Gainwell’s sales team, who would then take the customer offline and design custom holiday plans. “We decided to go for it, and the year of launching the chatbot, we recorded an 80-percent increase in leads and 20-percent growth in revenue,” Maanav says.

Over the years, Gainwell has also diverged most of its marketing budgets to digital media, investing heavily in search engine and social media marketing. “One of the other major areas for digital growth for us is search engine optimisation, since the majority of inquiries today are traced back to Google searches,” he explains “These successes have led us to invest in Customer Relationship Management (CRM) technologies and cyber security software to build a strong digital base for the future.”

The CRM software is expected to boost efficiency of Gainwell’s sales and operations teams. “Once everyone is fully trained and is using the software to its potential, we should be able to more than double our staff productivity. Further, initiatives such as automation and standardisation of sales pipeline are also going to be implemented soon,” he says.‍

The company has also been leveraging Facebook Lead Ads for specific fixed departures and experiential travel products. Apart from these, Gainwell’s recent digital success has to do with travel packages for the ICC Cricket World Cup.

“The travel packages are being sold on our sports website. Instead of traditional paid digital promotions, we have been making use of influencers such as blogs, question and answer websites such as Quora, and testimonials are being published in various digital media,” Maanav explains.

According to him, this move was successful because of the trust and confidence people place in influencers. For sports travel enthusiasts, influencers indicate genuine sources, and could save fans from buying fake match tickets or getting conned.

Despite success, challenges still loom. “The biggest challenge for Gainwell is the dynamic and competitive nature of the travel industry, which makes us need to innovate and create products that can help us sustain the growth,” says Madhulika. “The only way to succeed is to try and understand the changing travel trends and focussing on creating unique, value added products.”

In the near future, Gainwell aims to expand from an Eastern India brand to a national company, with a presence in other metro cities such as Mumbai and Delhi. Also on the horizon are plans to monetise its product brands created over the years, such as Gainwell Sports, Cruise Superstore Gainwell, Gainwell MICE (Meetings, Incentives, Conferences, and Exhibitions) through the franchisee route.

Future of Work: How SMEs can operate and innovate in a connected world