This Kanpur-based entrepreneur is going global with her leather brand 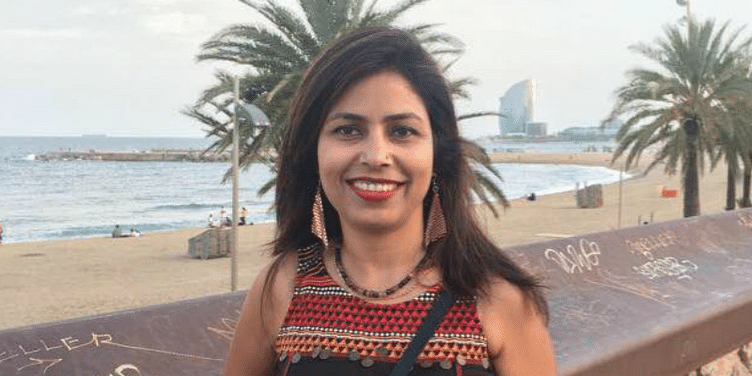 From an initial investment of Rs 3,500 to annual turnover of Rs 2 crore, Prerna Verma's Creative India has come a long way and is an inspiration to many women entrepreneurs

Kanpur, also known as the ‘Leather city’ of the world, is famous for its tanneries and top-quality leather products. The city has a history of leather manufacturing since the British era. Currently, the leather cluster in Kanpur contributes to around 15 percent of the total leather export from India to foreign countries.

With an aim to provide superior quality leather products in India and across the world at economical rates, Creative India was founded in the year 2007 by Prerna Verma in Kanpur, Uttar Pradesh. The company manufactures leather cords, cotton cords, leather bags and other handmade leather goods.

Prerna (41), was born into a middle-class family and lost her father very early. Her mother single-handedly brought her up along with her younger brother.

She says, “I started doing my first job when I was in Class 11. I was studying as well as working at an import house.” It was here, that Prerna got involved in the leather export business and tried to learn the know-how of the business and started planning to start her own venture.

In 2004, Prerna entered into a partnership to start a business in the leather manufacturing industry, but the business ended in just a few weeks. Prerna says,

“My estranged business partner challenged me and asked if I could run the entire business all by myself. I turned this challenge into a new business opportunity. In 2007, I restarted the business with just Rs 3,500, and today my company’s annual turnover is around Rs 2 crore.”

Initially, I was selling my products through the exporters in New Delhi, Mumbai, Varanasi, Agra and Kolkata. But then I decided to export the products myself and also built a website to start marketing my business.”

Luckily, Prerna got her first export order the same year. She says, “My hard work paved the way and gradually I kept on adding new products and added my creativity to innovate and create new designs.” She says,

“Today, we are active in more than 25 countries in different sectors such as fashion, footwear, leather goods, handicrafts, etc. Currently, we are providing employment to more than 12 people in-house, and there are more than 50 people who are indirectly employed by the company.”

“We are providing quality products with innovative and creative designs. We are open to new ideas to implement the same in our product lines, which also leads to business growth as well as client satisfaction,” she says.

In a business, managing critical areas such as supply, cash flow and capital is not an easy task. She says, “I always believed in a transparent and honest business practice. I have a good supplier and clients gentry because of my fair business practice. They stand with me in any critical situation. Sometimes, I take the assistance from professionals like chartered accountants and banks.” 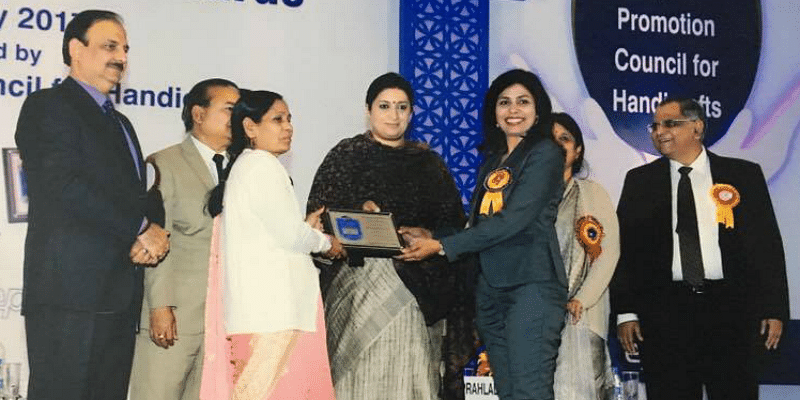 Talking about the key milestones in her business journey, Prerna says, “In 2010, I was awarded for Outstanding Performance in delivering Product Quality Excellence by the Government of India. Consequently, I won many awards by the central government. In 2017, it was another big achievement when my organisation was awarded for Outstanding National Export Performance in leather handicrafts by Smriti Zubin Irani, Union Minister of Textile, on behalf of EPCH, Government of India. Apart from these, I have been honoured by many organisations and NGOs for setting an example of women empowerment in the society.”

In 2017, Prerna was sent to South Korea by the central government for knowledge management and training. She says, “A lot of my clients appreciate and promote me for successfully handling the entire business alone. The client’s feedback has always been overwhelming.”

However, like many other entrepreneurs, her journey was full of challenges. “In the beginning, it was quite hard for me to bargain for prices in the raw leather market, especially because it is filled with spurious products laid out as bait for newcomers. I went through vast considerations to buy the correct material,” she says.

She also had a mixed experience in the initial days with clients and suppliers in the trade. She says, “Many people took me lightly and thought they could fool me. There were many who laughed at my struggles. But now that I have become successful, they have started respecting me.”

She adds, “In fact, I am thankful to the naysayers and their negative comments, as they played a vital role in motivating me. In some way, they have helped me achieve my goals. It’s not only the supporters who play a vital role in one’s success, but the critics are equally important.”

Talking about her future plans Prerna says, “There are a lot of things that I intend to do with my business. My main aim is to work with full dedication and grow my business more and more.”

She wants the government to provide her with some support in terms of technology upgrade and better management in this industry.

Her advice to those looking to work in the same sector is to have the right attitude, positive thinking, firm belief in oneself, good planning, complete dedication and determination. She says these key factors can lead anyone to success.

From BOHECO to India Hemp Organics, these 5 brands are making hemp-based products popular in India

Is mithai losing ground to chocolates in festive gifting? This Delhi brand aims to change that