How Let's Feed Bengaluru is tackling hunger and starvation, one homecooked meal at a time 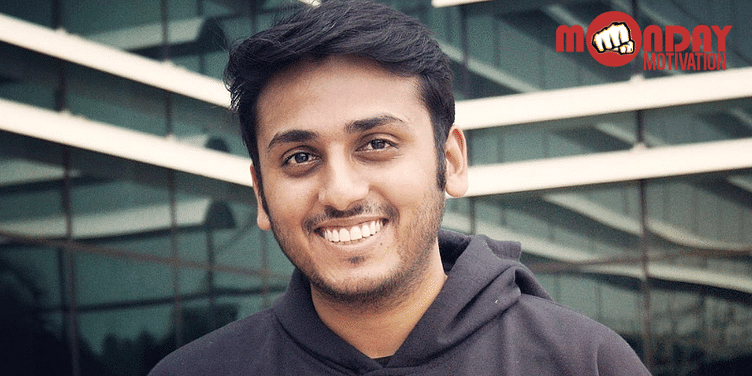 Harshil Mittal, 26, started the Let’s Feed Bengaluru initiative in 2015 to provide meals to the underprivileged; today, aided by 4,000 donors and volunteers, the organisation collects and distributes homecooked food to lakhs of people in five cities.

It is ironic that while India claims to be self-sufficient when it comes to food production, hunger remains widely prevalent.  A report published by Food and Agriculture Organisation in 2015 said 194.6 million people in India are undernourished, and around 3,000 people die each day because of starvation and associated illnesses.

While many of us turn a blind eye towards this issue, 26-year-old Harshil Mittal decided to do something about it. His idea was simple – ask citizens to cook extra food, and distribute it to the underprivileged.

With the help of his friends, Selina Elias, Ashutosh Sharma, and Rishiom Shah, Harshil started the Let’s Feed Bengaluru drive in 2015. The four started off by distributing about 40 packets of food; today, the initiative feeds over three lakh people across five cities, with donations from over 4,000 registered donors and volunteers. Says Harshil,

“We request households to make some extra food every Sunday, and pack it in containers. Our volunteers collect these meals and distribute them to the needy.”

He believes distributing food to those in need gives him an opportunity to serve people who are lesser privileged than him, and a sense of self-satisfaction. “Everyone deserves to live a life without starvation and illness. Providing nourishing meals is one of the best ways to give them a chance to live that life,” Harshil says.

In 2017, he was conferred the title of Rising Star at the Namma Bengaluru Awards.

Harshil has a master’s degree in business administration from Xavier University Bhubaneswar (XUB), and worked with the CSR team of Accenture in Bengaluru.

“During the course of my work, I realised that corporates associate themselves only with NGOs that are reputed and well known. Somewhere in this, they lose out on the essence of catering to people who are actually in need. That’s when I decided to do something on my own. Since my colleagues Selina, Ashutosh and Rishiom had a similar thought process, we began working together.”

When Harshil conceptualised the idea of organising a food drive, he and his friends went from door to door in Tilak Nagar asking residents if they would be interested to share food with the needy.

“Since there was no money involved in this drive, a lot of people were willing to participate. In our first drive, we provided food to 40 slum dwellers.”

The Let’s Feed Bengaluru initiative has only grown bigger over time, and similar drives are now organised in Delhi, Warangal, Kolkata, and Pune by volunteers. Harshil says that while his initiative cannot eradicate hunger, it provides an opportunity for people to serve others.

“I still remember the day when one of the kids to whom we had just served some biriyani walked up to me and asked for food. I replied saying that we had already served him biriyani. That’s when the child’s mother said that since he had eaten white rice all his life, he was unable to identify that coloured rice with vegetables was edible. That was when I realised that this the initiative was actually making a difference to people’s lives,” recollects Harshil.

Apart from food, the citizens' drive has also collected and distributed over 20,000 sets of clothes, 60,000 sanitary napkins, and stationery kits.

“Before we distribute food or other items, we make it a point to conduct awareness sessions for slum dwellers with regard to health, hygiene, education, road safety, and other important issues. These sessions not only help in keeping people engaged, but also improve their quality of life,” Harshil told YourStory.

Over the years, as word spread across social media and the food drive expanded, Harshil and his team worked to streamline the process of collecting and distributing food. In 2016, he renamed his initiative to, 'Let's Spread Love.'

“We established a system wherein each household or donor was tagged to a particular volunteer. This made it fairly easy for donors to keep track of volunteers, and to ensure that the food reaches those who need it. We also started scheduling a meeting for all volunteers to co-ordinate and organise the food drives.”

To ensure the most deserving people benefited from the food drive, volunteers were asked to visit slums or shelter homes and interact with the residents to understand their difficulties. Food drives were carried out only after a thorough assessment.

They say no efforts are small when it comes to helping those in need. With his Let’s Feed Bengaluru initiative, Harshil is trying to ensure people do not go to sleep hungry.