Anushka Dixit, an 11-year-old Indian-origin student from Barkingside, London, memorised the periodic table in 40 minutes flat and scored 162, the highest marks in the Mensa IQ test.

At 11, when most young students are facing teenage angst, Anushka Dixit has set a new benchmark. The student, a resident of Barkingside, London, is now among the top one percent of people in the world when it comes to intelligence.

Anushka, who took her Mensa IQ test at the University of East London on April 20, memorised the entire periodic table in just 40 minutes, and got a score of 162, two points more than physicist Stephen Hawking’s score.

Mensa’s requirement for membership is a “score at or above the 98th percentile on certain standardised IQ or other approved intelligence tests”. A score of 140 is considered a “genius IQ”.

Neither Hawking nor Einstein is believed to have taken the test, but their IQs are estimated to be 160.

Incidentally, Anushka, who used to want to be prime minister one day, was three decades younger than most participants in the room, and got the highest score. She is now eligible for membership of Mensa.

Speaking to She The People, Anushka said the test was “not very difficult, just slightly difficult”.

“After passing the 11-plus, I wanted to sit the Mensa test. I got full marks. I was definitely quite shocked at that. I started to cry after the test finished because I thought that I might have got one of the non-verbal questions wrong. I was aiming for 162 but I was still shocked,” she said.

The credit for Anushka’s high score also goes to her mother, Arti Dixit, who said that her only child has been a bright student since the very beginning. She said Anushka started speaking at the age of six months, imitating words from TV commercials. Anushka requested her mother to allow her to take the Mensa IQ test, as she wanted a new challenge after clearing the 11-plus exam, reported Metro.

Talking about her future, she said, “When I grow up, I would like to become a doctor. If that doesn’t happen, I have other professions that I might like. For example, I could go into finance. I love maths. I like all subjects. There’s no subject at school I don’t like.”

In 2017, another Indian-origin girl in England, Rajgauri Pawar, managed to beat Albert Einstein and Stephen Hawking in the British Mensa IQ test. The 12-year-old took the test in Manchester and scored 162, according to thenewsminute.

That same year, an 11-year-old Indian-origin boy from Reading, Arnav Sharma, sat for the test and scored higher than the projected scores of Albert Einstein and Stephen Hawking, the Independent reported. 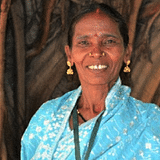 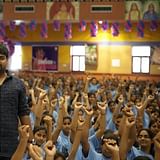 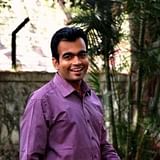