After losing their child to congenital heart disease, this couple is saving the lives of other children

Prema and Jyoti Sagar lost their own son from congenital heart disease. With Genesis Foundation, the couple wants to do their bit to ensure no other parent goes through the same ordeal.

Viraj Sagat was the youngest child born to couple Komal and Ganapati. Based out of Latur, Maharashtra, the family was entirely dependent on the paltry sum of Rs 5,000 that Ganapati earned every month through farming. The situation only got worse after the region was hit by a drought in 2016. The burden of crop damage spiraled and so did the family’s financial instability.

When Viraj was one month old, he developed a high fever as well as some respiratory distress. Komal and Ganapati rushed him to the nearest government hospital, where the pediatrician prescribed some medication.

However, the infant kept falling ill. Eventually, his parents took him to Jupiter Hospital in Pune for further medical intervention. An echo test revealed that Viraj was suffering from a congenital heart disease (CHD) called the Total Anomalous Pulmonary Venous Connection (TAPVC), and had to undergo an open-heart surgery to survive.

As Komal and Ganapati were frantically trying to pool in money, Genesis Foundation, a Gurugram-based non-governmental organisation (NGO), came to their rescue by funding the procedure, and helping Viraj set onto the path of recovery. Today, little Viraj is as active and healthy as any other baby of his age.

Congenital heart disease is the most frequently occurring congenital disorder, responsible for 28 percent of all congenital birth defects. Nine in every 1,000 children are born with this disease in India, according to a report by the Indian Academy of Pediatrics (IAP). This accounts for over two lakh children in a year, of whom one-fifth require an intervention in the very first year of their life.

Though cardiac treatment and care have advanced in India over the last decade, few are able to access it due to financial constraints, lack of awareness, as well as an inadequate number of cardiac centres. Genesis Foundation is aiming to tackle just this.

“Around 80,000 children die in India every year because of congenital heart diseases. And, surgical intervention can cost anywhere between Rs 1 lakh to Rs 6 lakh. It becomes very difficult for people from underprivileged backgrounds to arrange for such large sums of money. Genesis Foundation helps them with all the required resources to avail treatment,” says Jyothi Sagar, Co-founder, Genesis Foundation tells YourStory.

The birth of Genesis Foundation

Established in 2001, Genesis Foundation was started by Prema and Jyoti Sagar. In 1983, the couple lost their second child, Samir, to a congenital heart disease when he was very young.

“The thought that my son would have been a 35-year-old man had he been alive today, is extremely disheartening. For any parent, it is tough to bear the loss of a child. Back in those days, neither were people aware about congenital heart diseases nor were there any advanced facilities for its treatment,” recalls Jyoti.

In an effort to give a new meaning to their lives, the two began volunteering at Missionaries of Charity, an international organisation working towards the upliftment of the poor. In time, they formed the Genesis Foundation.

“Though the initial focus was on providing funds for the treatment of all chronic illnesses like cancer, thalassemia, and cardiovascular problems, we later narrowed down to congenital heart ailments since we do not want any other parent to endure the pain we were going through,” explains Jyoti.

Over the last 18 years, the couple has funded the treatment of over 2,100 children suffering from congenital heart diseases.

This healthcare startup has served more than 3000 people, and over 500 critical emergencies

Genesis Foundation has partnered with several reputed hospitals across India like Narayana Multispecialty Hospital in Raipur, Columbia Asia in Bengaluru, Amrita Institute of Medical Sciences and Research Centre in Kochi, Jaypee Hospital in Noida, MIOT Hospital in Chennai, Jupiter Hospital in Mumbai, among others.

The social service cells and administrative units of these hospitals notify the NGO whenever they come across an underprivileged child with a congenital heart defect. Then, Genesis Foundation verifies the authenticity of this information.

“We mainly support children from families with a monthly income of less than Rs 10,000. In order to ensure that help is provided to the deserving ones, we review the family background and income certificate of the parents,” says Jyoti.

Initially bootstrapped, the foundation is now sourcing funds from private individuals, crowdsourcing platforms as well as corporates like Oracle, ACRE, and WPP India Foundation. Besides, it also organises several fundraising events like the Rhythm and Blues (R&B) music festival and CEOs Sing.

Genesis Foundation has also been working to increase awareness levels around congenital heart diseases. Many Indian parents lack even the basic knowledge about the diagnosis and treatment of such ailments. Though congenital heart diseases are known to show up in babies as young as seven days old, hospitals and healthcare centres fail to conduct a scan to detect it right after birth.

“In order to better this situation we took our partnerships to the grassroot level. Since both awareness and medical facilities in many rural and semi-urban areas are not up to the mark, we conducted outreach programmes with the help of a few hospitals. We have successfully identified about 137 children by conducting seven camps spread across Tirunelveli, Patna, Bhatinda, Thanjavur, Ranchi, Haldwani, and Cuddalore last year.”

Today, with a lean team of eight, the NGO continues to focus on helping families treat their children with congenital heart diseases.

“There is nothing more noble than saving somebody’s life. Hence, we at Genesis Foundation are going to continue putting in efforts in this direction by collaborating with more hospitals and expanding our reach,” says Jyoti.

Say goodbye to ultrasounds: this app will discover heart disease in no time 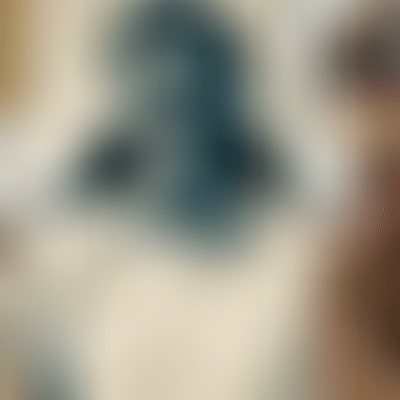