With the number of stem cell donors in India remaining sub-par, many youngsters, NGOs, and medical professionals are working on raising awareness and getting people to sign up to save lives.

Eighteen-year-old Aisha Choudhary was just like any other adolescent – eyes filled with dreams and a heart brimming with energy. The only difference was she was battling a rare genetic disease, Severe Combined Immune Deficiency (SCID). Diagnosed when she was six months old and undergoing medical treatment for years, she was iron-willed in playing the cards she was dealt.

Since one of the most effective cures for SCID is a stem cell transplant (grafting of the parent cells from which all blood cells develop), Aisha’s parents, Niren and Aditi, decided to opt for that treatment mode. But their cells were not a complete match with their daughter’s, and they had to look at external donors. However, due to a low number of voluntary, registered stem cell donors, Aisha could not get a compatible donor whose genetic markers were a close enough match to hers. With no other alternative treatment available, Aisha had a bone marrow transplant. But, it came with a side-effect that cost her life — Pulmonary Fibrosis, a disease known to damage the lung tissues.

The 18-year-old’s life story is mirrored in the experiences of many who await stem cell donation as treatment for blood-related illnesses like leukemia, lymphoma, and sickle cell anemia every year. With very few individuals signing up as donors and the probability of finding a match being a dismal 0.0008 percent in India (against a lean 16 percent abroad), fatalities are mounting year on year.

According to a report published by the US National Library of Medicine and National Institutes of Health, there are only three crore registered stem cell donors across the world, with Indian donors numbering 3.6 lakh.

However, in recent times, there has been one small break in the clouds — a number of youngsters, non-governmental organisations, and medical professionals have come forward and are working to spread awareness about stem cell donation and motivate a larger number of people to register as donors.

We were denied blood until we got donors: the dark side of blood donation no one talks about

The stem cells in a human body mainly comprise red blood cells, platelets, and white blood cells. These are found in the umbilical cord of newborns and in the peripheral or circulating blood and bone marrow.

Certain diseases like blood cancer and leukemia tend to destroy the bone marrow or affect its functioning. For these, treatments like chemotherapy and radiotherapy are tried initially. However, in some cases, they do not prove effective for a cure. The only recourse then is replacing the patient’s stem cells with those of a healthy person.

One of the main criteria for a successful transplant is a good match between the stem cells of the donor and those of the patient. Therefore, a donor registry will administer a cheek swab test (tissue samples extracted from the cheek) on all potential donors to match cell characteristics. This procedure of pairing generic markers is called Human Leukocyte Antigen (HLA) in medical terms.

Each potential donor’s tissue is entered in the registry and given an identification number after the test is done. If the registry finds a match at any point in time, the donor is contacted to initiate the transplant.

There are several donor registries, in India and abroad, where people can sign up to donate their stem cells. The donor’s consent is a pre-requisite before registration, which is sought through the filling out and signing of a form.

Humanity above everything: this 26-year-old man from Assam broke the Ramadan fast to donate blo...

Enabling people to gift a life

There are many organisations today that are leading the charge in saving the lives of people suffering from serious blood disorders like cancer, thalassemia, and anaemia.

For instance, Datri, an Ahmedabad-based NGO, is working to create a wide and diverse database of potential stem cell donors by organising donation drives. Founded in 2009 by two doctors and an engineer, the organisation focuses on conducting awareness campaigns and helping individuals sign up on its registry as a committed and voluntary benefactor.

The idea for Datri was initially born in the minds of doctors Nezih Cereb and Soo Young Yang, who run a laboratory, Histogenetics, for determining tissue matches between patients and donors. Since pairing tissue types is imperative for any stem cell transplant, and confronting a severe shortage of donors, the doctor duo would run from pillar to post to meet hospitals’ requirements. Working with a number of the hospitals in India, they realised just how acute the shortfall was in people willing to donate stem cells. They recognised the immediate need to create a donor registry here.

Soon after, Raghu Rajagopal, an engineer from BITS Pilani and Director of ready-to-eat venture Millets and More, connected with them and they decided to start Datri.

“While working in the US, I encountered a situation where a friend’s fiancée in India had leukemia and could not find a match for a stem cell donor, neither in the US registry nor in other international registries. That was when I decided to take the plunge and work with Histogenetics to establish Datri,” says Raghu, Co-Founder and CEO of Datri.

Today, the functioning of the registry, its maintenance, and even the substantial costs involved in conducting the HLA matching are taken care of by the lab. In the last 10 years, Datri has gotten over four lakh people to register as donors and has saved around 600 lives through successful transplantation.

“Every day, about 40 people are diagnosed with blood disorders in India. Though these can be cured through a stem cell transplant from a genetically matched donor, there is only a 25 percent chance of finding a match from within the family. Others have no option but to rely on unrelated donors. But the chances of getting a match is anywhere between one in 10,000 and one in two million. There is an urgent need to rope in as many potential donors as possible, which is precisely what Datri is trying to do,” Raghu explains.

Another organisation that is dedicated to fighting blood disorders with stem cell treatment is DKMS-BMST. It was formed through a joint venture between two renowned NGOs – DKMS, which is one of the largest international blood stem cell donor centres globally, and the Bangalore Medical Services Trust (BMST).

DKMS was founded in Germany in 1991 by businessman Dr Peter Harf, after he lost his wife to leukemia. BMST was born in 1984 from the vision of Dr Latha Jagannathan, a medical director and managing trustee. Since both organisations had a common goal— to find a matching donor for every patient with a blood disorder, they decided to come together to achieve it.

“India is under-represented when it comes to stem cell donations. We joined hands with DKMS to increase the level of awareness in the country and engage as many people as possible through donation drives. We have held campaigns in a slew of shopping complexes, colleges, and companies to get more people to register for free. All the medical tests for matching the cells are undertaken by a few partner hospitals and healthcare centers,” explains Patrick Paul, CEO, DKMS-BMST Foundation.

So far, more than 37,000 people in India have registered as potential donors after attending DKMS-BMST’s donor drives.

Busting the myths in India

In highly populous countries like India, thousands of people are in need of stem cell transplants every year to survive. Though donating stem cells is a painless and non-invasive process, it remains a lesser-known medical concept in India, with only 3.6 lakh people willing to play a part in it. Besides, the chances of stem cells of people of the same ethnicity matching are higher than those of individuals from different ethnic backgrounds. But, it is due to sheer lack of awareness that India lags severely in stem cell donations, say experts.

“I think a large part of India’s population is unaware that stem cell donations are as simple as donating blood. A few cells from the person’s bone marrow or peripheral blood are extracted with the help of an injection and replaced with the patient’s cells. Besides, the cells in the donor’s body regrow very quickly, thereby causing no harm at all. Bone marrow is the only organ that can be given away when alive, and anyone in good health, aged between 18 and 35, can donate stem cells. If all the millennials in India take a step towards this, I am sure it will make a huge difference. Also I believe that establishing a government donor registry will add more legitimacy to the process."

With a major hurdle to stem cell donation in India proving to be the myths surrounding the subject, the youth are coming forward to deconstruct common misconceptions.

For instance, 21-year-old Tejaswini Patel, a student of Information Science at New Horizon College of Engineering, Bengaluru, has been busting the false ideas on stem cell donation, starting among her family and friends. She says,

“I recently signed up to be a donor with a donor registry when they came to my college and organised a campaign for stem cell donation. Only one thought was running in my head at that time – if I can give a chance at life to someone by undergoing a small, painless procedure, then why not? However, many of the other students were sceptical. Also, obtaining consent from parents was initially tough for them. But, after substantial familiarisation with the subject, people began coming forward.”

She adds, with a notable sense of pride, “In the last two years alone, around 400 students from my college have registered themselves as donors.” 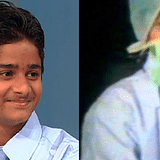 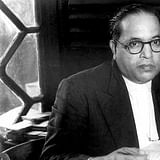 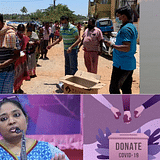 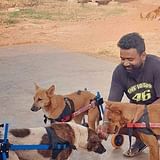 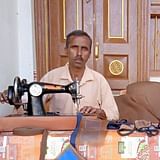