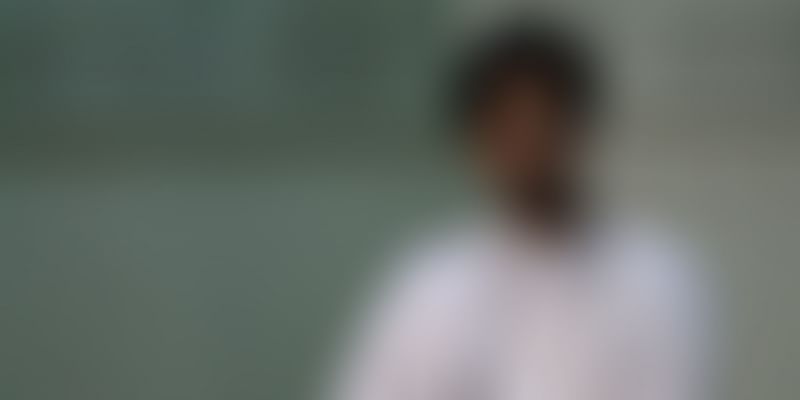 Started by architect Vinay Varanasi in 2015, Unbind is a design education startup that serves two major purposes: bridging the gap between design education and practice, and creating social impact through design.

Back in 2014, when Vinay Varanasi was in his fifth year of architecture at MS Ramiah Institute of Technology, Bengaluru, he got an opportunity to work with a professional architect. As part of his internship, Vinay was asked to work on and carry along some drawings while meeting contractors for deals, with his mentor assuming he would know the basics of plans.

Vinay was in for a surprise — when he sat down to work on some plans, he realised he knew nothing about the practical implementations of drawing techniques; he only had theoretical knowledge. The criticism of the supervising architect hit hard, and Vinay started questioning his own skill set and confronted doubts about his career as an architect.

Speaking to SocialStory, he recounts,

“I had no skills. Additionally, I also did not know what to do with this title of ‘architect’. Was I supposed to just join another architect and learn construction? Was there anything else I could do? Was there any way I could use my design knowledge and create some social impact?”

Pressed to address these questions, Vinay, in 2015, alighted upon the idea for Unbind, a design education startup to serve two major purposes — bridging the gap between design education and practice, and creating social impact through design.

Speaking about Unbind, Vinay says, “As an organisation, we are headed towards creating learning experiences for students and designers, which open up multiple perspectives and possibilities in the design sector. Our flagship programme, Prabhaav, is a rural immersion programme and has a lot of potential for creating a positive learning experience.”

In the past four years, Unbind has conducted over 120 workshops, from single-day sessions and two-day maker space festivals, to weeklong immersion programmes.

Focusing on creating an impact on design students’ lives, the startup has worked with over 450 students from institutes across the country, curating different design experiences for them.

To deliver impact on the social front and make students more aware of the practical issues in design, Unbind takes its delegates to carefully selected villages. Here, programmes are conducted to address various sectors, for example, the indigenous arts and crafts of the village.

This organisation is transforming the rural education scenario of Jharkhand

One session of the programme lasts for seven days. Through imparting experiential learning, Vinay and his team make students understand how traditional design, be it in arts and crafts, construction, or any other field, can be applied in today’s world.

“We have worked with about 100 aspiring designers through the village immersion programme and the Rangabhoomi Fellowships, a six-month fellowship for designers with a drive to create a change but are unaware of the ‘what’ and ‘how’. Unbind trains these designers so they can work with social organisations and later build their own.”

The entrepreneur adds that, of the students trained so far, about 16 to 18 percent have shifted towards job and entrepreneurial opportunities in the social sector. “We are seeing this number steadily grow and are excited to see more and more designers do things meaningfully,” says Vinay.

The team ensures that they aren’t intruding on the village space by conducting a programme. Also, "with every edition of Prabhaav we do in the village, we find that the locals and our participants come together more and more, each teaching and learning from the other. We find this to be collaboration in the truest sense", says Vinay.

Pointing out that villagers don’t necessarily feel comfortable with city dwellers coming into their spaces for extend periods of time, he explains that the team focuses on creating a bond and trust with villagers first, after which the programmes for social intervention and guidance are developed.

Stressing that the village immersion programme boils down to creating a systemic shift, Vinay adds,

“If we wish to create social change, it is essential that we revisit the same village for a significant period, to understand what is happening there. Only when this happens can we truly understand the importance of context.”

Getting villages on-board with their objectives is one part of the programme; the other is to get students motivated and aligned with the startup’s purpose. According to Vinay, some of the ways they do this is showing them the power of design and exposing them to the actual design schools of this country –the villages.

He says, “We believe that this learning is essential to designers. It is not about learning design in isolation in a college, but seeing how our arts and crafts are the biggest contributors to design in this country.”

Individual students of design can sign up for the programme by filling an application on the startup’s website, which is followed up with a conversation with the founders to acertain mutual interests and the scope for learning.

Unbind also conducts outreach for its programmes at institutes across the country. For all programmes, individual students are charged a nominal fee; when a college signs on, the institute is charged.

On completion of the immersion programme, Unbind give students course certificates. Similarly, its smaller workshops and ad-hoc programmes too are certified by Unbind in collaboration with an external professional from the field.

The beginning of Unbind’s journey

Born and bought up in Bengaluru, the 27-year-old faced his own set of roadblocks in his journey to becoming an entrepreneur. With a master’s degree in design research from Bauhaus School of Design, Germany, Vinay had to deal with cynicism and a lack of empathy towards his idea of building a socially-relevant organisation.

“It was considered easier to take the conventional path and join a regular architecture practice or become a professor of architecture. It bothered me to see this lack of interest in addressing a problem we experienced. I eventually worked around it. I was lucky to find a team so committed to this cause; together, we took it from an idea to a successful venture that is slowly creating its mark in the field of design education.”

During his college days, Vinay had a chance to work with architects like Sathya Prakash Varanashi and Karan Grover. For him, they have been tremendous influences, and the young architect attributes his learnings to them.

The team and the way ahead

With Unbind being a bootstrapped organisation, the operations are run by a pretty small team. At present, Vinay has a working team of three members, apart from interns and volunteers, and has Kiran Bir Sethi as a mentor.

"Although currently, a small team of three and interns is running the operations at Unbind, it is the rest of the founding team, comprising Bhargav Katta, Samaya Burde, Swetha Manivannan, Raksha VH, Shruti Baliga, Gaurav Srinivas, that have made Unbind what it is today."

The team is currently working on running its Prabhaav programme in the village of Banavasi in Uttara Kannada, in collaboration with Sustainable World Outdoor Tourism.

Vinay is working towards creating an ecosystem of villages, with strong symbiotic learning networks and an enhanced scope for mutual learning and exchanges.

"We wish to create programmes in multiple villages across the country and create an ecosystem of learning. This ecosystem will focus on showcasing the massive potential there is to learning design and much more from our villages’ arts, crafts, and culture."

Unbind is also in the process of identifying different villages, where the team can conduct its Prabhaav programme, and also train others in developing the startup’s model for social impact.

“We are looking to bring on-board rural strengths, for this is the strongest way to change that we believe in,” Vinay says. 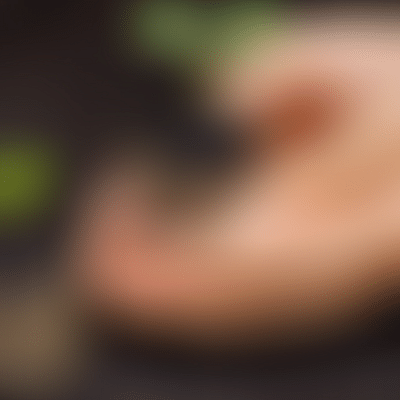 Social investing -- Innovating to bridge the gap between India and Bharat 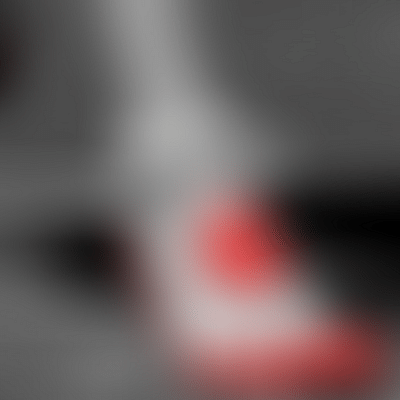 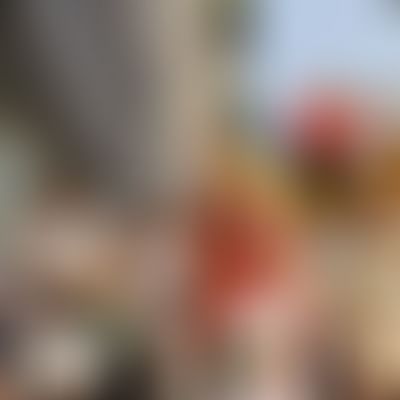 Telugu is the third-most common language spoken in the US 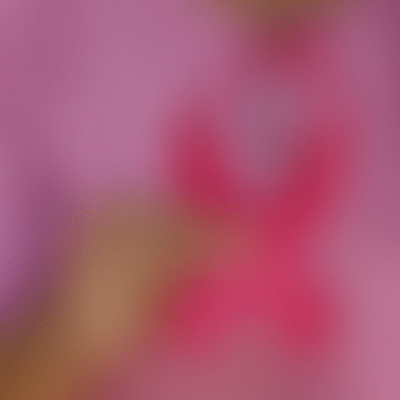 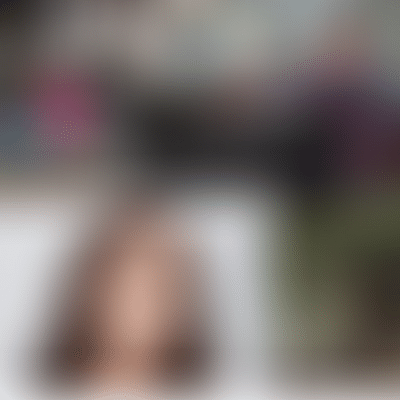 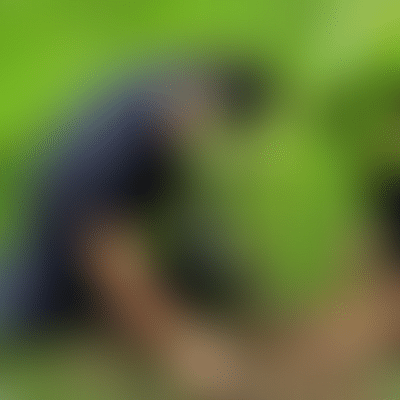