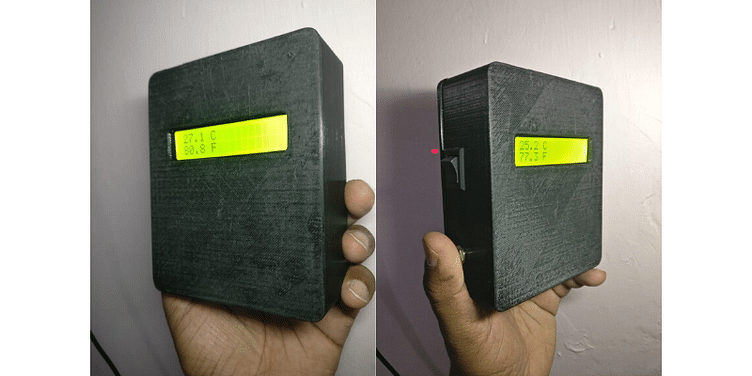 Started by Anurag Dixit and Rahul Raj, Caring Indians is a crowdsource social initiative which is providing resources such as masks, PPEs to healthcare workers amid the coronavirus-led lockdown.

With the novel coronavirus causing irreparable crises in countries like China, the USA, France, Italy, and the UK, which have one of the best healthcare facilities in the world, it becomes imperative for the second-largest populated country in the world to be prepared in terms of resources and facilities to survive this pandemic.

As per Worldometer, a real-time population tracker, as of Wednesday, India has witnessed 5,480 positive cases with 164 deaths and 468 recovered cases. And the number keeps rising.

Anurag Dixit and Rahul Raj observed that the country will surely have a deficit of medical equipment if COVID-19 hits India, which has a population of about 1.3 billion, at a larger scale. Following a casual discussion about this issue on March 20, the duo delved deeper into the problem.

“India is a hub of software and coding startups, but despite having a great talent pool, when it comes to physical products or high-end machines, we fail to move forward because of the lack of opportunities, support system, as well as the ecosystem,” Rahul, a lithium-ion battery maker, as well as an IIT-BHU alumnus, tells SocialStory.

Anurag and Rahul started Caring Indians, a crowdsource social initiative on March 21, three days before the nationwide lockdown was announced, to help in providing resources and equipment needed to fight the COVID-19 pandemic. Initially, the idea of the initiative was to create designs of technical products — hardware and software — in collaboration with experts from the fields of academia, industry, and laboratories.

On March 21, Rahul sent out an appeal on Twitter, sharing with the users of the platform that the initiative requires more strength. He mentioned that they were already building a team of engineers and medical professionals to work towards projects for medical and technical equipment.

To fight with the unknown crisis of Corona, we are building a team of engineers and medicos who can start working on projects for equipment and sensors. We have gathered some good people, but we need more strength. If interested DM me or @bhootnath. Here is the mission statement pic.twitter.com/8BoKYVVYSL

The initiative garnered much support on the social media platform which helped the cause further. This helped the initiative to move to the stage of building prototypes, and eventually releasing the final designs.

“We received strong support from Professor Amitabha Bandyopadhyay from IIT Kanpur, Professor Aloke Kumar from IISC, and Professor Santosh Ansumali from JNCASR. They started bringing together their network from academia,” Rahul adds.

Through all of this, the core managing coordination of Caring Indians has been handled by Anurag Dixit, Rahul Raj, Nanjesh Patel, Ajayender Reddy, Manish Goyal, and Samarth.

The initiative, which has people from academia, social media, and relevant industries, in less than two days since Rahul called for an appeal, more than a thousand volunteers came together to help with resources and energy that could be channelled into the growth of the project.

The first set of projects that the group worked on included invasive ventilators, disinfectants, Polymerase Chain Reaction (PCR) diagnostic panels, contactless thermometers, IoT devices, and designs for masks, among others.

Recently, Caring Indians shared a video on Twitter, featuring their contactless, low-cost design thermometer that has been made solely using Indian components. The design is currently being improved and will soon be prepared for mass production.

So here’s another update from @CaringIndians & this time it’s for our doctors’ safety.

We’ve made a low-cost, using Indian components, contactless thermometer. Now improving design & will soon be ready for mass production. Thanks for ur support as always 🙏🏻 #MakeInIndia 🤟🏻(1/2) pic.twitter.com/XcQqn3nnx9

Apart from pooling resources and expertise in an efficient manner, Caring Indians is also acting as a bridge in the supply chain of essential items such as locally manufactured face masks, gloves, and other commodities.

It is also working on identifying sources of equipment, as well as exploring channels with the authorities to facilitate processes such as setting up hospitals with resources in the form of masks, PPE suppliers, etc.

In doing so, the group is contributing towards the country’s preparedness to survive the worst face of the pandemic in the days to come. Additionally, it is also working on forming scalable food supplies in multiple Indian cities. The group has started with cities like Pune and Mumbai and plans on expanding to Nashik, Nagpur, and the Delhi-NCR region in the coming days.