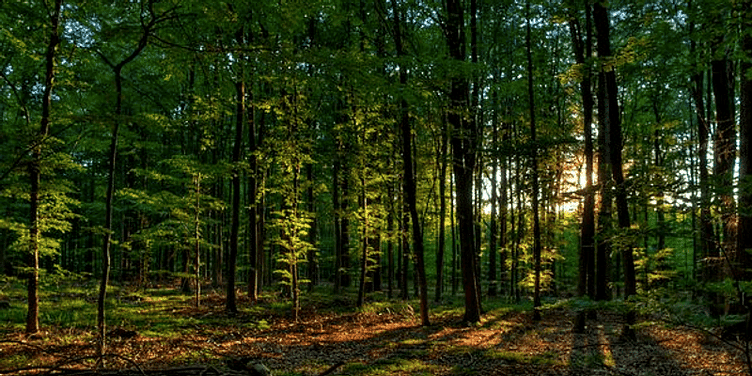 A variety of tree species, some endemic to India, are under grave danger because of mindless exploitation.

When you look out of your balcony today, amid the lifeless still image of tall buildings and tarred roads, if it weren’t for the soothing sight of a tree swaying in the wind, your world would feel like a cemented jungle.

Every tree is important. The presence of trees in our ecosystem is essential for life. These trees store carbon, energise the soil, and produce the oxygen that we need to survive.

With the rapid felling of trees, deforestation, and exploitation of nature, it is obvious that many of us have forgotten that humans and nature are not truly separate from each other. Natural life is now threatened by humans who think they are detached from it.

These are five of many rare Indian trees which are now in danger due to man’s thoughtless actions.

Ceylon ebony is an ornamental tree that gives high-quality wood. It is native to regions in south India and Sri Lanka, and is well known for its appearance. It is used in woodwork and furniture. You can identify this hardwood by its jet black, charred looking outer bark.

Keen to help amid coronavirus crisis, 5-year-old from Delhi raises Rs 1 lakh to feed the poor

It is generally a small and slow-growing tree, whose natural growth cannot keep pace with the consumerist world’s fast and heavy demand for dark wood. The density of these beings has reduced drastically due to continuous exploitation.

This wood has been harvested unsustainably by industrialised nations, which is what has led to a shortage of ebony not just in India, but across the world.

Often found in Kerala, Karnataka, and Tamil Nadu, this tree can grow up to 30 metres to 60 metres in height. It is widely known for its use in furniture, but the balsam from its bark is also used for treating gonorrhea. It is identified by its straight, sturdy, and long growth.

This hardwood is also endangered due to destruction of its habitat, over-harvesting, and low reproduction rates. All of these actions exerted onto the earth have led to an imbalance in the equilibrium of our ecosystem, and soon may result in the extinction of such trees.

This unique and critically endangered holly is found only in India. They bear tiny red fruits and long leaves, and are endemic to the Khasi hills in Meghalaya. This genus, Ilex, is also believed to have medicinal properties to treat coronary heart diseases, hypertension, hyperlipemia, and hepatitis.

Only three to four specimens of these evergreen trees are remaining, and are found on Shillong Peak, which is 10 km west of Shillong. A specimen was also found in Aizawl, Mizoram.

Due to extremely low rates of reproduction and hindered growth due to human activities, this tree is on the verge of facing extinction.

This type of sandalwood is found typically in the south-eastern ghat range of India. The rich crimson coloured wood is sought-after for its medicinal and cosmetic value. When powdered, it is noticeably coarser than regular sandalwood.

It is used to treat skin problems, and provide a natural sheen, glow, and brightness to skin. With the ability to treat acne, skin inflammation, tan, sunburn, and open pores, red sandalwood has cooling and healing properties. This tree is now endangered due to logging and consistent loss of habitat.

This tree is a shrubby evergreen, coniferous species belonging to the Taxaceae family, and it grows up to nine metres long. It is found growing only on temperate, north facing slopes. The species is only native to three locations in north-eastern India: Tura hills, Delei valley, and a valley in Daphla hills in Arunachal Pradesh.

It is used for firewood, localised timber trade, shifting agricultural techniques, and the construction of roads and dams, which has led to a decrease in the plant’s subpopulations.

As we sit at home disconnected from the old reality, many of us now have the time to look inward, confront mental clutter, and think about what it is that really matters to us, as humans.

Power of collaboration in CSR