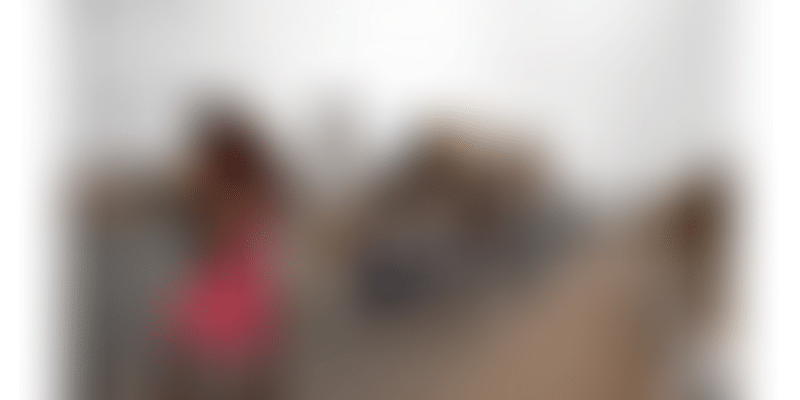 These labourers can now read and write their names, count till 10, and dial and save phone numbers.

The state of Rajasthan announced a statewide lockdown on March 22, two days before Prime Minister Narendra Modi announced a nationwide lockdown. In the state’s Nagaur district, the coronavirus-led lockdown has resulted in villages using government schools as centres for quarantines and shelters for stranded migrant workers. To make the best use of this time, teachers of a government school have worked on educating these workers.

As of May 1, about 19 workers from Madhya Pradesh and Rajasthan, who are staying in the Government Senior Higher Secondary School in Dodiyana, have learned to read and write their names, as well as counting numbers from zero to 10.

“Following the imposition of the countrywide lockdown, the workers had undertaken long march to their homes, but they were stopped by the authorities and quarantined in the school. We thought of giving ‘Akshar Gyan’ to them during the quarantine. Except for a few, all workers learned to read and write their names and counting from zero to 10, and have now become able to at least search, dial, and save phone numbers in their mobile phones,” Sushil Kumar, a school teacher, told PTI.

The quarantined workers were agitated when they suddenly had no option, but to halt in the Nagaur district due to the nationwide shutdown of transport services. They wanted to return to their homes at the earliest. As it became nearly impossible to travel, the teachers encouraged them to utilise this time by learning a life skill with the help of daily classes.

As stated by the school administration, the workers stranded in the district, have homes in the border districts of Rajasthan, and Guna in Madhya Pradesh. These workers arrived in the village of Meghadand of Merta city to harvest crops. They had worked for 15 days before the lockdown was announced.

“I did not know how to write the names of my relatives in English, but the school teachers taught it to me. They used to take classes every day. They also helped us learn a bit of Mathematics, besides teaching us to read and write our names,” said Manoj, 18, one of the stranded workers and a Class 8 pass-out, as reported by Edex Live.