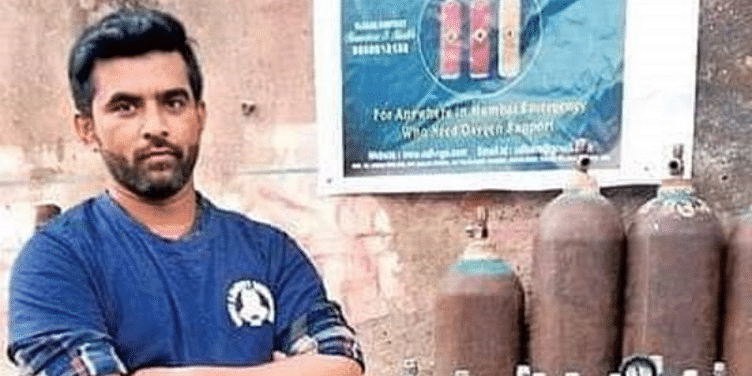 Mumbai-resident Shahnawaz Shaikh gave away his SUV to buy and distribute oxygen cylinders for free. So far, he has handed them out to over 250 families with coronavirus patients.

Shahnawaz Shaikh’s love for cars went beyond adrenaline and horsepower. When he bought a brand-new Ford Endeavour back in 2011, he spent additional money to get a special number plate – 007, as well as a customised music system.

When the novel coronavirus started spreading in India, Shaikh began using his vehicle as a makeshift ambulance. On May 28, his business partner's six-month pregnant sister passed away due to coronavirus in an auto-rickshaw just when she was about to reach the hospital.

Pandemic Heroes: Meet the 16-year-olds who are helping children keep fit amid COVID-19

According to News18, the said woman was taken to five different hospitals, only to be turned down by each one of them due to a shortage of beds or ventilators.

When the Malad resident got to know that the woman could have been saved had she received oxygen on time, Shaikh sold his car to buy oxygen cylinders for those in need.

He did not want another life to be lost because of the same reason. He wanted to provide a lifeline for individuals with breathing difficulties.

Starting June 5, he began handing out oxygen cylinders for free, and so far, he has distributed to more than 250 families with COVID-19 patients.

“A friend of mine helped me contact a manufacturer who makes oxygen cylinders. They were touched when I told them I wanted to buy cylinders and give them away for free. So now, whoever needs a cylinder comes to us with a recommendation, including prescribed oxygen levels, from a doctor and picks it up from us directly,” Shaikh told Mumbai Mirror.

Only in certain unprecedented scenarios, for instance, when the entire family is quarantined, Shaikh and his team take up the responsibility of delivering.

Additionally, with the assistance from Dr Sabauddin Shaikh of Care Hospital, he has put together a demo video to guide people on how to use the cylinder.

Renowned American writer and poet Frederick Buechner once said, “The world needs people who save lives.” Shaikh has not only stood up to it but also sacrificed his prized possession for the cause.