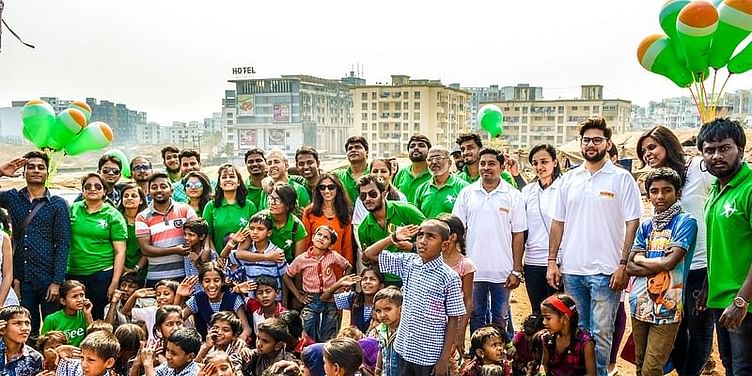 As part of #Mission30M initiative, RHA said it will bring together the food industry, corporates, media houses, and RHA volunteers to serve food to 30 million people affected due to COVID-19 in rural and urban areas across ten countries

Bengaluru-based content platform ﻿Glance﻿has joined hands with ﻿Robin Hood Army﻿(RHA) for #Mission30M to feed 30 million people by Independence Day. Started by RHA, the initiative claims to be one of the largest food relief efforts so far to fight COVID-19.

As part of the mission, RHA said it will bring together the food industry, corporates, media houses, and 60,000+ RHA volunteers or Robins as they are called, to serve food to 30 million affected people in rural and urban areas across ten countries from July 1 to August 15, 2020.

Speaking about the initiative, Bikash Chowdhury, CMO at Glance said,

"We believe in the noble mission the Robin Hood Army has embarked upon. We hope to contribute to the success of the platform by using the reach of our platform to drive awareness and participation for #Mission30M programme."

Here’s why Naveen Tewari of InMobi wants you to 'Glance' at your smartphone. And keep looking – one lock-screen at a time

Glance currently offers an AI-powered personalised experience to its users. Users can consume content in 'micro moments' on the platform, which comes pre-installed on mobile phones manufactured by Samsung, Xiaomi, Gionee, and Vivo. The platform, which serves a variety of content including entertainment, news, sports, and hyper-casual games on the lock-screen of Android smartphones, said it recently crossed the 100 million daily active user mark.

"Glance is a disruptive way of spreading the word to millions of mobile owners - we're looking forward to benefitting from their unique reach and serve more people across the breadth of India. It's humbling to work with folks who are passionate about leveraging the power of their business for projects beyond the bottom line," said Neel Ghose, Co-founder, Robin Hood Army.

New Delhi-based RHA is a volunteer-based organisation which aims to beat global hunger. It gets surplus food from restaurants to the underprivileged in cities across India and 12 other countries. It has approximately over 58,000 volunteers, and claims to have served over 32.4 million people so far.

According to the organisation, it reaches out to homeless families, orphanages, night shelters, homes for abandoned children, patients from public hospitals, etc., to help them beat hunger.